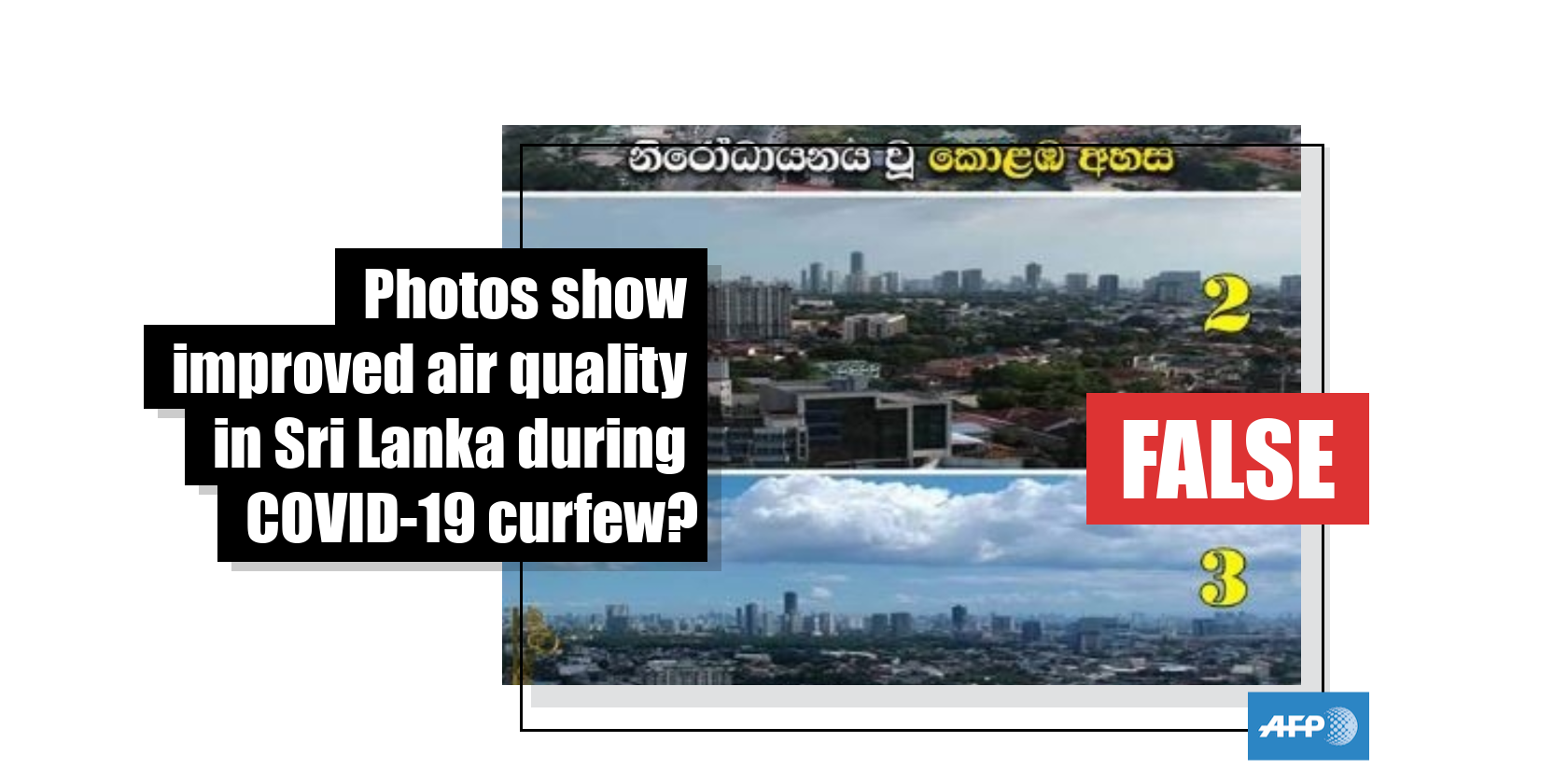 Three photos have been shared hundreds of times in multiple posts on Facebook and Twitter alongside a claim they show improved air quality in the Sri Lankan capital of Colombo during a nationwide curfew implemented due to the coronavirus pandemic. The claim is false; the photos actually show the skyline of the Philippine capital Manila.

The photos were published on Facebook here on April 29, 2020.

The post’s Sinhala language caption and the text superimposed on the images translates to English as: “Colombo sky quarantining”. 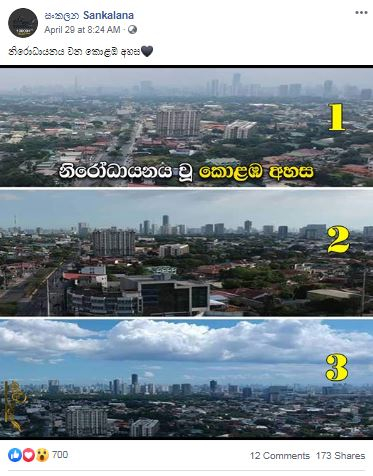 A curfew was implemented in parts of Sri Lanka due to the coronavirus pandemic on March 20, as reported here by AFP.

The posts circulated after other videos and photographs were shared online suggesting COVID-19 lockdowns have improved air quality worldwide. Air quality has improved in countries under coronavirus quarantines, experts say, but it is too early to speak of long-term change.

The photo series was also shared alongside a similar claim on Facebook here, here and here and on Twitter here and here.

A reverse Google image search found that the photo series in fact shows the Manila skyline and was originally published on Facebook here on April 26, 2020.

The post’s caption reads: “no filter, see the difference/ somewhere in metro manila/ day 1 vs 8 vs 43 quarantine period ?”. 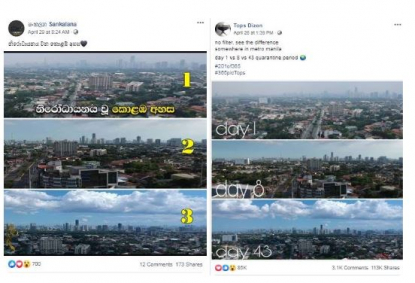 Tops Dizon, the Facebook user who published the skyline series, said he took the photos of the Manila skyline.

“I took the pictures in Quezon city,” he told AFP via Facebook messenger on May 5. Quezon is a major city in the northeast Manila metropolitan area.

Visible landmarks in the photos show that the pictures were taken from a high vantage point in Quezon’s Project 8 neighbourhood. The street view of the intersection immediately below the photographer’s location can be seen on Google Maps here.

Below is a screenshot comparison of the second photo in the Facebook post (L) and the Google Street view (R) with identical landmarks circled in red:

Screenshot comparison of the second photo in the Facebook post (L) and the Google Street view (R) with identical landmarks circled in red.