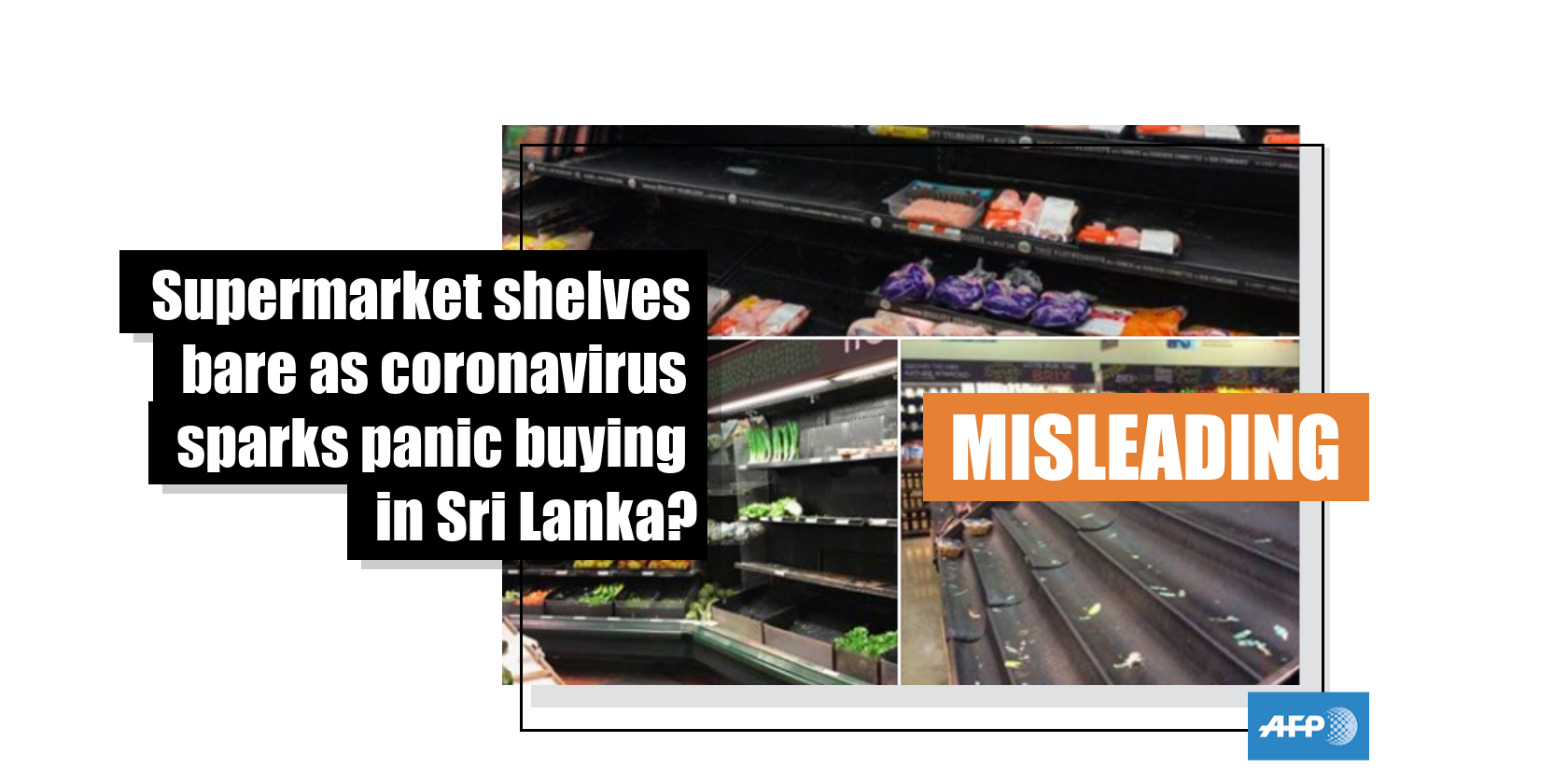 Three photos have been repeatedly shared in multiple posts on Facebook alongside a claim they show empty supermarket shelves in Sri Lanka after panic buying sparked by the novel coronavirus pandemic. The photos have been used in a misleading context; they have circulated online since at least 2015 and actually show supermarkets in the US.

The photos were published here on the Facebook page of a Sri Lankan news website Madyawediya on March 12, 2020. 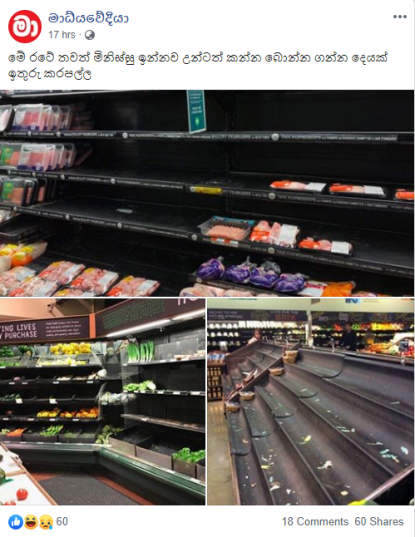 The post’s Sinhala-language caption translates to English as: “Do keep in mind that there are other people in this country, leave them also something to eat and drink.”

The posts were published online just days after Sri Lanka confirmed a second person had tested positive for the novel coronavirus on March 12, 2020. The country responded by closing all schools and declaring  March 16 a public holiday to prevent spread; but numbers spiked over the weekend and according to the latest statement from Sri Lanka’s Health Promotion Bureau, a total of 21 people have tested positive and are being treated in the country.

The photos were also shared here and here on Facebook, alongside a similar claim.

These photos have been used in a misleading context; none show supermarkets in Sri Lanka.

A reverse image search of the first photo in the misleading Facebook post led to this January 18, 2018, article by the US-based food magazine Eater, headlined “Whole Foods Is Suffering From Food Shortages and Customers Are Pissed.” 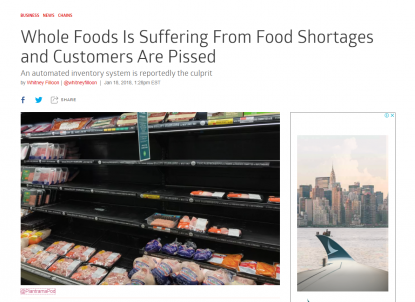 The article discusses a food shortage suffered by the American supermarket chain Whole Foods after Amazon acquired the company in August 2017.

It reads, in part: “Whole Foods stores are suffering inventory shortages, leading to empty shelves, according to several employees who spoke with Business Insider. The shortages are being attributed to a new ordering system the grocer introduced company-wide in early 2017.”

Below is a screenshot comparison of the first image in the misleading Facebook post and the Eater article:

Separately, a reverse image search of the second image in the misleading post showed it had circulated online since 2015 in reports of bare shelves at supermarkets in northeastern US after Winter Storm Juno resulted in snow, high winds and coastal flooding.

The same photo can be seen in this report titled: “Shoppers Leave Grocery Store Shelves Barren in the Wake of Winter Storm Juno”, published by AndNowUKnow, a magazine on the produce industry,

The first paragraph of the January 28, 2015, report reads: “Grocers in the Northeast U.S. have been left with empty shelves in the wake of Winter Storm Juno.”

Below is a screenshot comparison of the second image in the misleading Facebook posts and the AndNowUKnow report:

Another Google reverse image search on the third photo led to this tweet published January 10, 2018, which says the photo was taken inside a Whole Foods store in Houston, Texas.

Below is a screenshot comparison of the third photo in the misleading Facebook posts and the January 2018 tweet: