A photo of a dirty beach in the Philippine capital of Manila has been shared hundreds of thousands of times in a post on Facebook which claims it was covered in rubbish before President Rodrigo Duterte took office. The photo is being used in a misleading context; it shows the beach covered in rubbish after Typhoon Mangkhut hit the Philippines, which happened during Duterte’s presidency.

The photo was published in a photo collage here on Facebook on January 30, 2019.

The collage juxtaposes two photos: at the top, it shows a trash-covered Manila Bay.

The images of former Philippine presidents have been superimposed on top of the photo, including Corazon Aquino, Fidel Ramos, Joseph Estrada, Gloria Arroyo and Benigno Aquino III.

At the bottom of the photo collage, the photo shows a clean beach, with the face of current president Rodrigo Duterte superimposed over it. 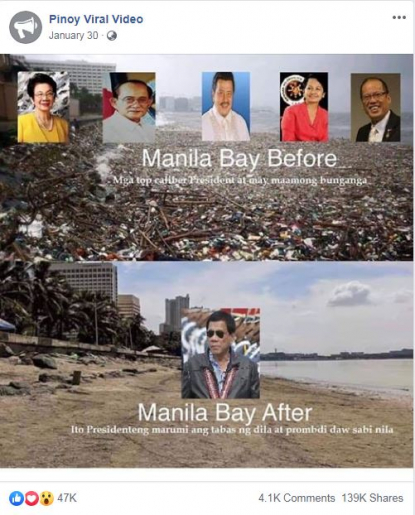 The Tagalog language text superimposed on the top image translates to English as: “Manila Bay Before / Top calibre presidents and with gentle mouths”.

The text superimposed on the bottom image translates to English as: “Manila Bay After / This president has a dirty mouth and is provincial they say”.

The images are being used in a misleading context; both images of the dirty and clean Manila Bay were taken during Duterte’s presidency.

The dirty bay image is a cropped version of a photo published in this Philippine Star report on December 17, 2018.

Below is a screenshot of the photo in the article: 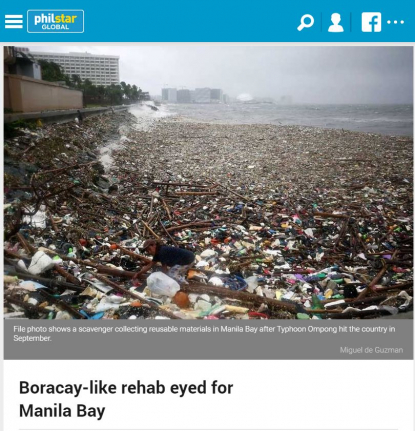 The image shows part of the Baywalk in Manila Bay, as seen on Google Street View here.

Typhoon Ompong, internationally known as Typhoon Mangkhut, lashed the Philippines between September 12 to 16, 2018, according to a cyclones summary by weather bureau Pagasa.

Duterte was elected president in May 2016.

The second photo of the clean beach on the Baywalk in Manila Bay is a cropped version of a photo published on January 29, 2019 in this report by the Philippine Daily Inquirer about a clean-up drive by government agencies and volunteers.

Below is a screenshot of the photo in the report: 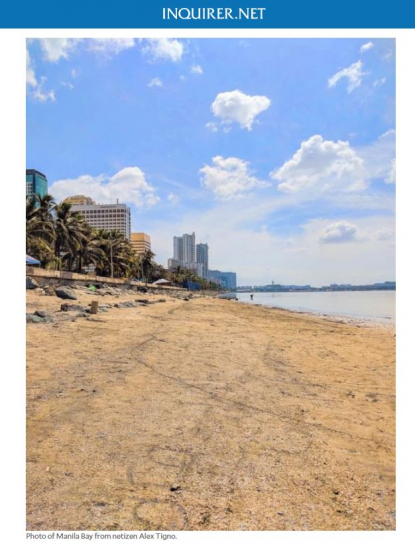 This Facebook post published on January 27, 2019 by Alex Tigno is embedded below the photo in the report.

AFP asked Tigno by Facebook messenger if he uploaded the photo on Facebook the same day he took it and he replied: “Yes.”

This image on Google Street View shows the Baywalk beach on Manila Bay in January 2016, before Duterte was president. 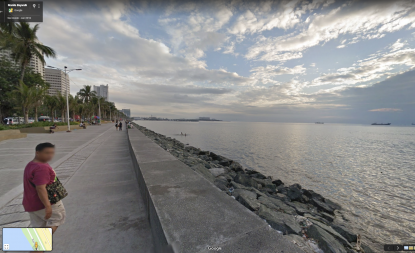 This video has circulated in reports since June 2018 about police assaulting a Hindu group in Aligarh, India