The photos were published on Twitter here on February 2, 2021. The post has been retweeted more than 7,000 times.

“His wife passed away during Childbirth. But he has taken responsibility for taking the child and college classes together. The real-life Hero,” the tweet reads. 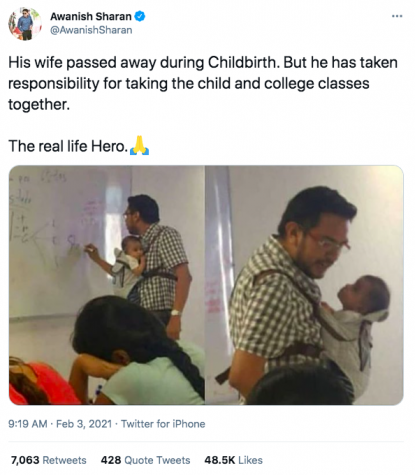 A reverse image search on Google found the original photos published here in a Spanish-language article by CNN Español on July 13, 2016.

The headline translates as: “Teacher holds his student's baby so she can take notes." 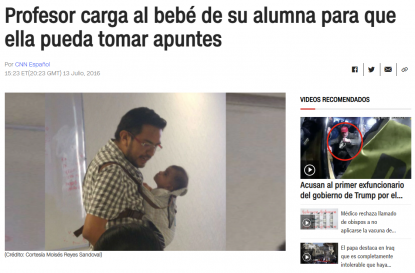 "A Mexican teacher uploaded a photograph to Facebook carrying the baby of one of his students so she could take notes," the article reads.

It claims the man in the photo is Moisés Reyes Sandoval, a law professor at the Inter-American University for Development in the Mexican city of Acapulco.

The article features a link to his Facebook page, where he posted the photo on July 6, 2016.

“I have a student, who has not dropped out of school despite having different roles, so I decided to carry her son, without interrupting the class so she could take notes. #Acapulco,” he wrote.

The post has since been shared more than 20,000 times.