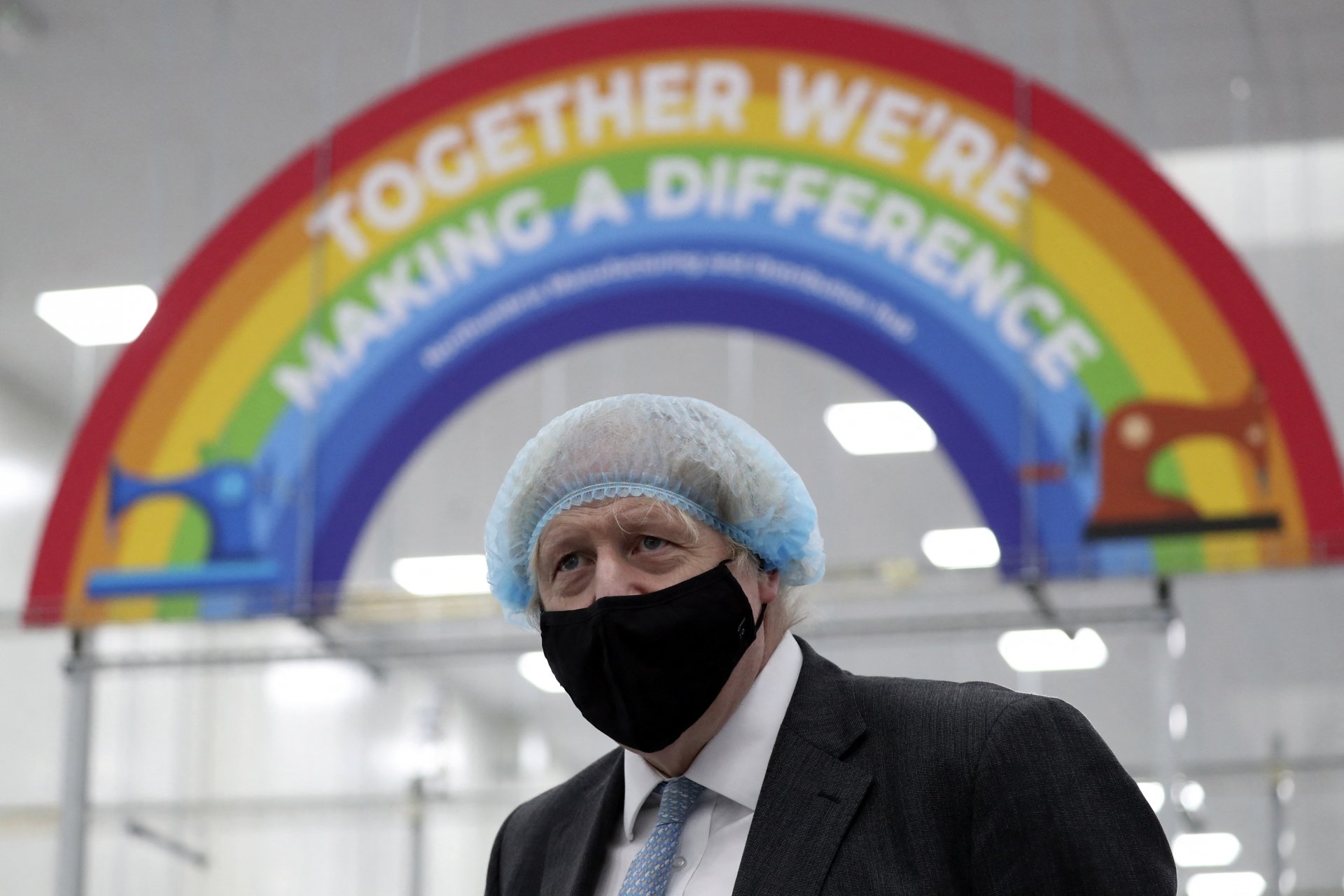 Multiple Facebook posts shared hundreds of times claim the British government blocked the UK’s Office for National Statistics from releasing data on deaths related to Covid-19 vaccinations. The claim, however, is missing context: the ONS is not the agency that maintains or publishes statistics on adverse effects related to Covid-19 vaccines. UK health officials told AFP the claim in the Facebook posts is “completely inaccurate”.

The claim was posted by a New Zealand-based Facebook user here on February 16, 2021.

The post's caption reads: “The Government have blocked Office of National Statistics [sic] from issuing data on how many people have died after receiving vaccination and how many have had side effects following vaccination. Think it’s about the virus? think again…” 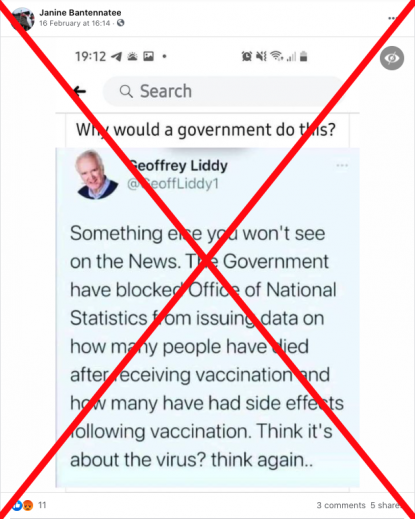 The image of the tweet was also shared hundreds of times on Facebook here, here, here and here alongside a similar claim.

The claim, however, is missing context.

The UK's Medicines and Healthcare products Regulatory Agency -- not the ONS -- is responsible for publishing data on adverse reactions to Covid-19 vaccinations, the UK’s Department of Health and Social Care (DHSC) told AFP.

“The ONS wouldn’t publish that data because it’s published by the regulator the MHRA,” a spokesperson told AFP by email on February 23.

They added that the claim made in the tweet is “completely inaccurate”.

The MHRA, which regulates medicine and medical devices in the UK, publishes publicly available reports here on adverse reactions to Covid-19 vaccinations.

The reports use data collected by the Yellow Card System, which allows patients who receive vaccines and doctors who administer them to report suspected side effects.

As of February 24, 2021, the MHRA’s latest report, which analyzes tens of thousands of Yellow Cards submitted from December 9, 2020 to February 7, 2021, notes there have been over 300 deaths that occurred following Covid-19 vaccinations.

The report also added, however, “review of individual reports and patterns of reporting does not suggest the vaccine played a role in the death[s]” and stated the deaths consisted “mostly in the elderly”.