Sleeping on the job: how a Montreal man became an internet meme

A photo of a man with his eyes closed, surrounded by smiling co-workers has been shared 17,000 times on Facebook with the claim that the man suffered a heart attack and died without his office mates realizing. This claim is false. The Montreal man pictured is alive. He did fall asleep at work in 2016, and the image of him sleeping has subsequently become a part of internet meme culture. 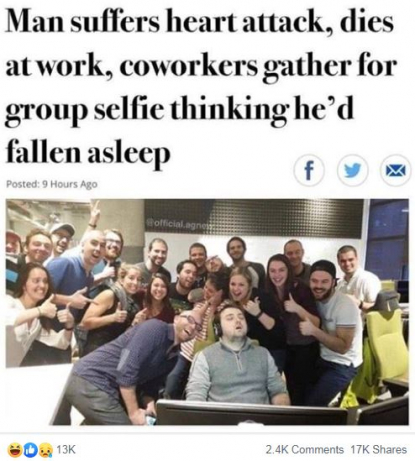 The same meme was also posted on this website, where it received more than 124,000 reactions. It was met with a similar mix of responses. 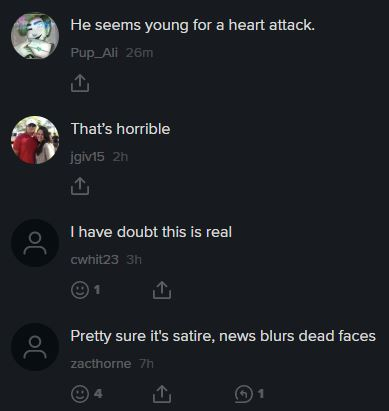 Screenshot taken on September 27, 2019 of comments on the website iFunny

A reverse image search in Google leads to this 2016 CBC News article which includes the photo. It named the sleeping man as Eduard Paraschivescu and said that he fell asleep on his second day working at a company called GSOFT.

The company posted the image on its Facebook page on February 4, 2016. The French caption, when translated to English, reads: “Yes, it happened at GSOFT. By the way, we are recruiting other interns…”

AFP spoke with Paraschivescu via Facebook Messenger on September 27, 2019. He confirmed the February 2016 incident and said, “I’m very much alive, thanks for checking up on me.”

Paraschivescu confirmed that he posted the image to Reddit here. The image was removed by the moderators, but not before it was picked up by the subReddit r/PhotoshopBattles, where people use image manipulation software to make new and funny images.

Paraschivescu’s sleeping head has been added to memes all over the internet. Here are two examples: 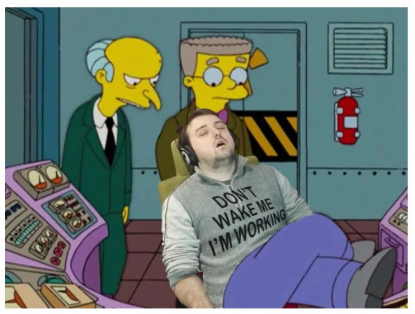 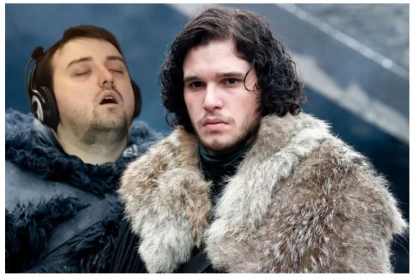 Paraschivescu was not fired for falling asleep on the job.

He retains a good sense of humor about the incident, telling AFP, “I'm fine, alive, and most of all well rested.”

This video of a ‘politician’ being thrown in a river? It’s a dramatisation