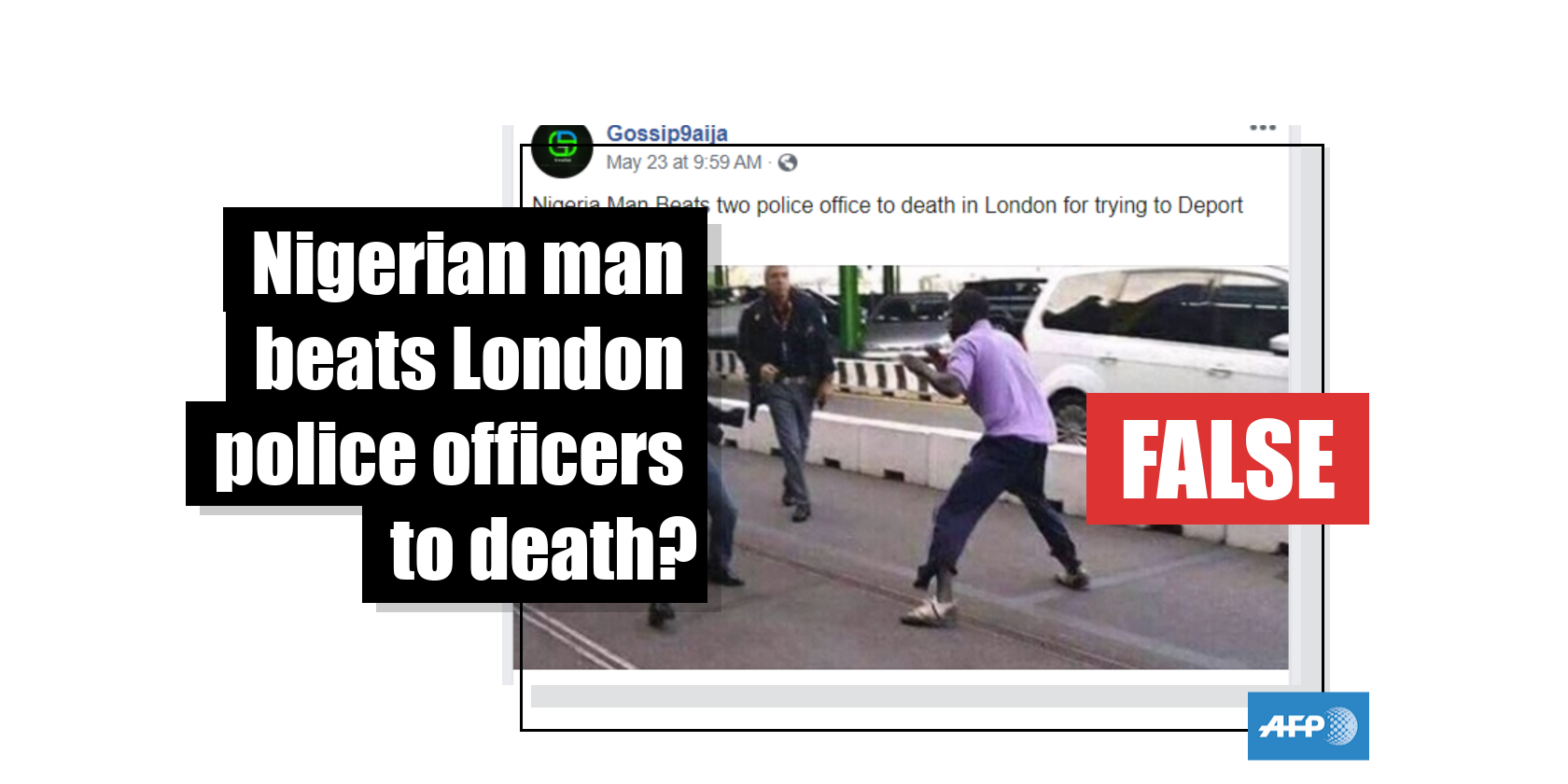 The photos are from 2014 and show an altercation in Italy

Multiple Facebook posts and tweets shared hundreds of times with links to an online story claim that a Nigerian man beat two London policemen to death. This is false; the images used with the claims have been circulating since 2014 and were taken at an airport in Italy. At the time, local news reported that the officers were trying to arrest a Senegalese man.

The claim is made in this online report and has been shared here on Facebook more than 1,200 times since May 23, 2020. 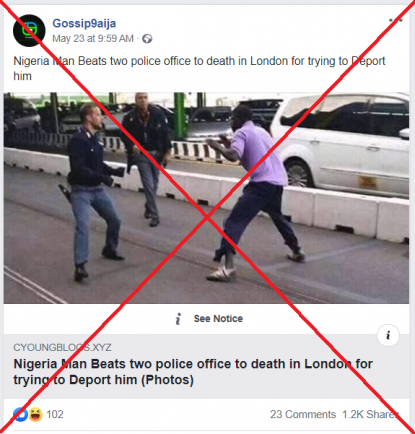 Riddled with grammatical errors, the report is headlined: “Nigeria Man Beats two police office to death in London for trying to Deport him (Photos) (sic)”.

The story claims the man was an African immigrant who was resisting deportation from the United Kingdom when he struck with a single blow: “One of the police officer was rushed to the hospital and one has been confirmed dead (sic)”. The text contradicts the headline, which cites two deaths.

The article also appears on the blog sites Naijnews and Elitenews, alongside the same pictures. Each link has been shared more than 200 times, according to social network analysis tool CrowdTangle.

The claim, however, is false; the pictures were taken in Italy nearly six years ago, and do not depict a Nigerian man resisting arrest in London.

A Google reverse image search for one of the pictures led to an article from October 7, 2014, published here on Senego, a website aimed at Senegalese nationals. It includes 9 photos of an altercation, including two used in the claims. 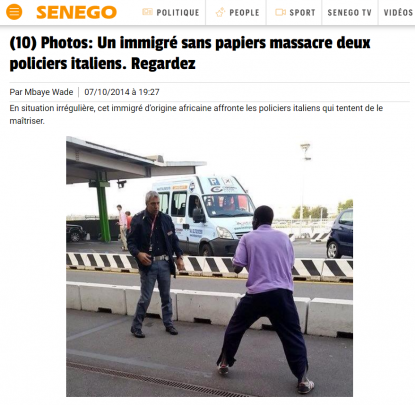 A screenshot taken on June 3, 2020, showing the article on Seneweb’s website

The Italian headline translates to English as: “Policemen attacked and injured at Linate, a man arrested”. According to the accompanying report, the man was identified as Senegalese and accused of attacking two airport security guards after resisting arrest in Linate airport, on the outskirts of Milan. But there was no mention of any casualties at the scene, only that “one of the agents reported several bruises”.

Some of the structures seen on Google Street View -- last updated in June 2019 -- appear different from those in the photos from 2014.

But when AFP Fact Check reviewed Google Street View's historical images of the airport from 2015, the same structures with green pillars were clearly visible, as well as other matching features such as barriers, lamp posts and billboards. This confirms that the photos were taken at Linate airport in Italy, and not in London. 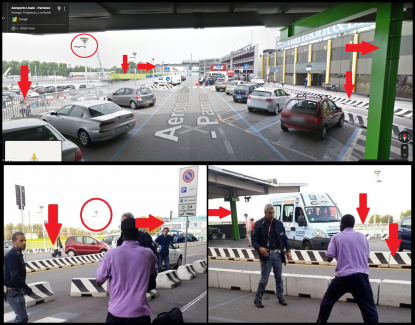