This photo shows a waterfall in Peru

A photo purportedly shows a waterfall that resembles the shape of a woman wearing a bridal dress has been shared multiple times on Facebook and Weibo alongside a claim that it was taken in Hong Kong. The claim is false; the photograph actually shows a waterfall in Peru.

The image was published on Facebook here in a public group with more than 3,000 members. 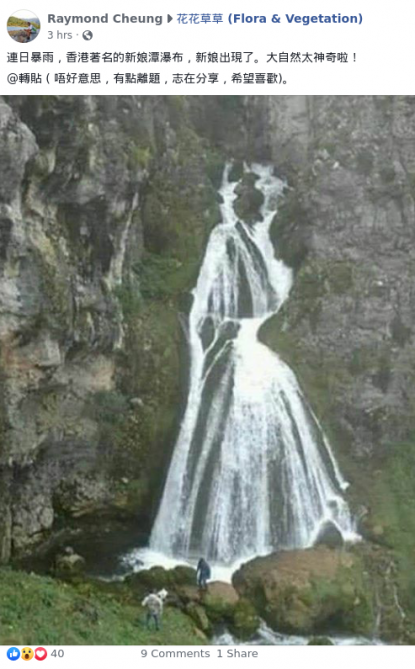 The photo’s traditional Chinese-language caption translates to English in part as: “After days of torrential rain, the 'bride' at Hong Kong's famous Bride’s Pool Waterfall shows up. Nature is amazing!”

Bride’s Pool Waterfall is a popular natural site in the New Territories, an area in northern Hong Kong with vast forested areas.

A keyword search based on bride-looking waterfalls found the photo in fact shows a waterfall in Peru.

The same waterfall can be seen at the 11-second mark of this YouTube video that was published on March 11, 2018.

The waterfall is located outside the northwestern Peruvian city of Cajamarca, according to the video’s caption.

Below is a screenshot comparison of the photo in the misleading post (L) and the YouTube video at the 11-second mark (R): 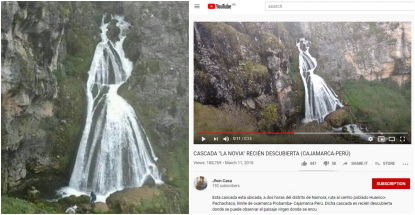 The waterfall and its exact location in Peru can be seen on Google Street View here.