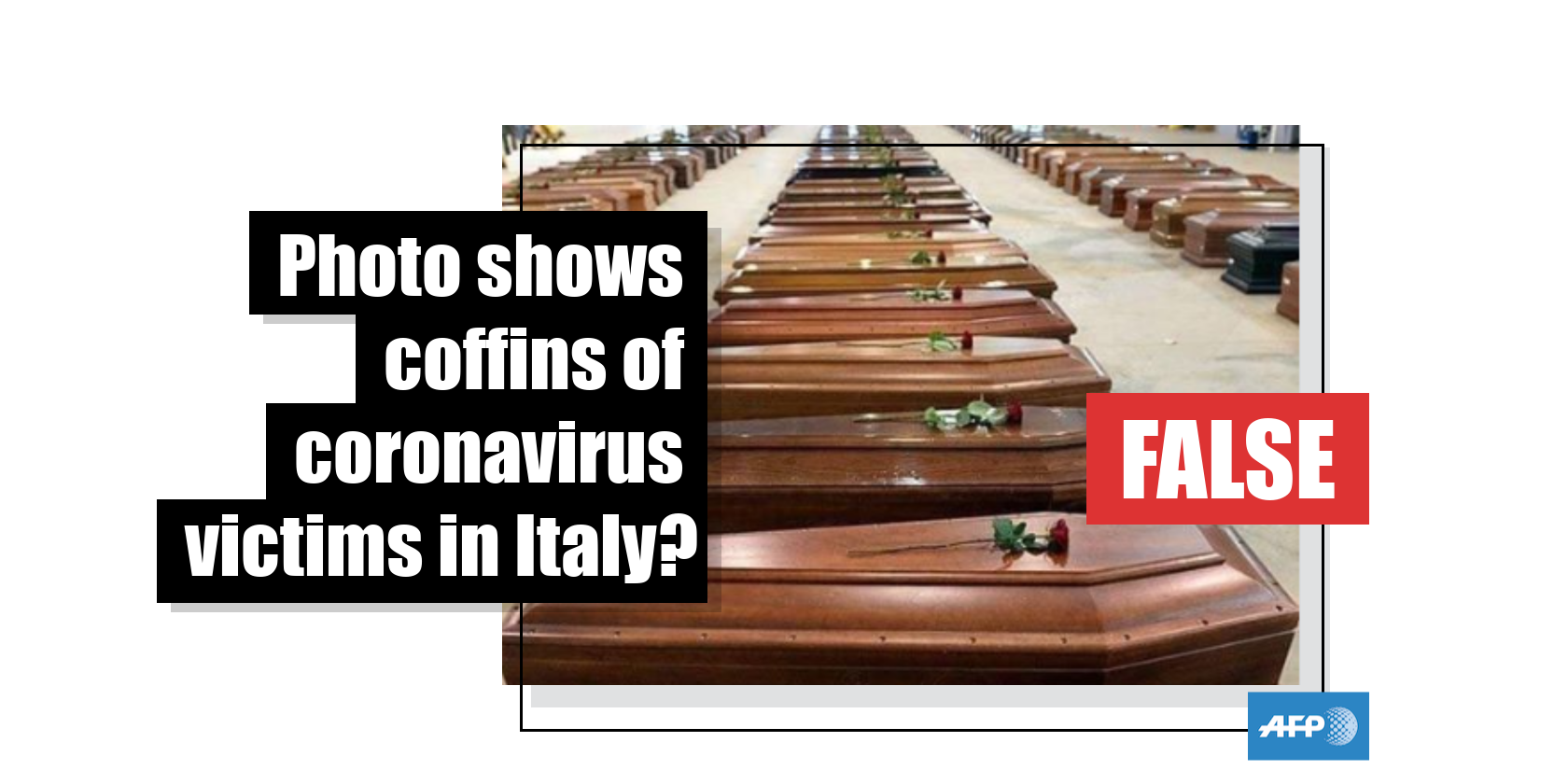 A photo of a room lined with coffins has been shared thousands of times in multiple Facebook posts that claim it shows Italian nationals killed during the novel coronavirus pandemic in 2020. The claim is false; the photo actually shows coffins for a group of dead migrants at an Italian airport in October 2013 after their boat sank off the coast of Italy.

The photo was published here on Facebook on March 17, 2020. The post, which has since been deleted, was shared more than 1900 times. 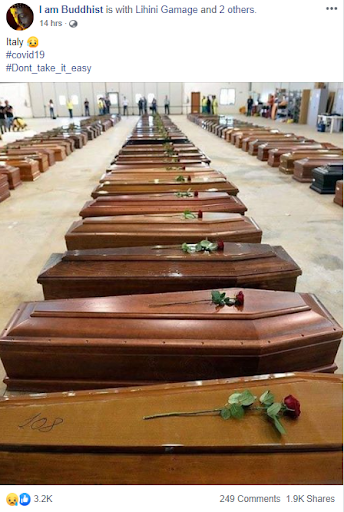 The caption reads: "Coffin of victims are seen in an hangar of Lampedusa airport on October 5, 2013 after a boat with migrants sank killing more than hundred people. Italy mourned today the 300 African asylum-seekers feared dead in the worst ever Mediterranean refugee disaster, as the government appealed for Europe to stem the influx of migrants. Italian emergency services hoped to resume the search for bodies on October 5, 2013 despite rough seas after the accident, in which 111 African asylum-seekers are confirmed dead and around 200 more are still missing. AFP PHOTO / ALBERTO PIZZOLI
ALBERTO PIZZOLI / AFP."

Below is a screenshot comparison of the image in the misleading posts (L) and the AFP image (R): 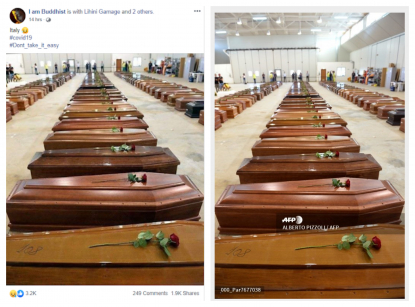 More than 300 people died after a fishing boat carrying almost 500 Eritrean and Somali migrants capsized and sank off the coast of Southern Italy on October 3, 2013, the UK's Daily Telegraph reported the same day.