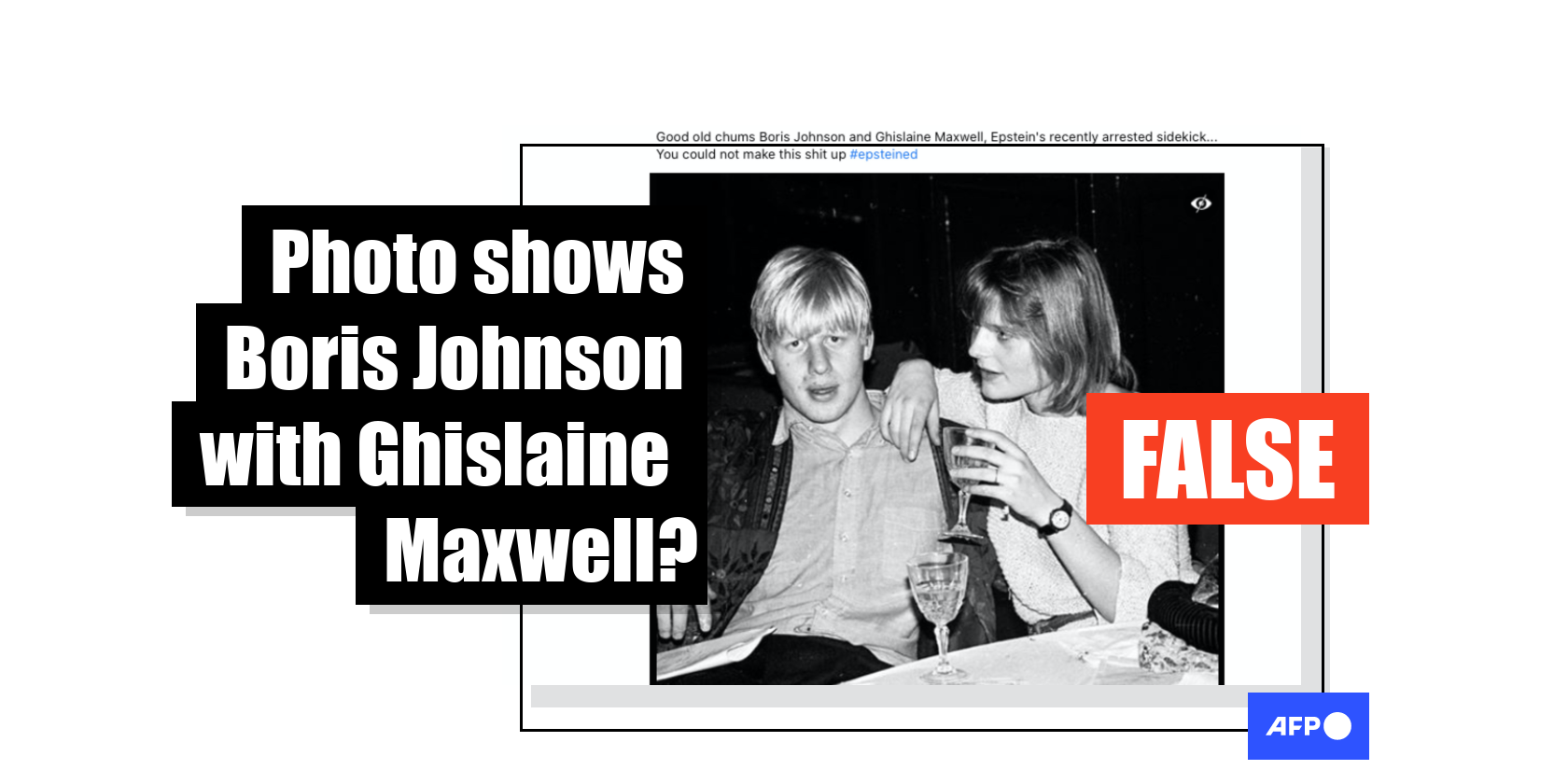 An image has been shared hundreds of times in multiple posts on Facebook and Twitter which claim it shows UK Prime Minister Boris Johnson with British socialite Ghislaine Maxwell, the former girlfriend of convicted sex offender Jeffrey Epstein. The posts were shared in July 2020 as Maxwell was held on sex abuse charges at a federal jail in New York. The claim in the posts is false; the photo shows Johnson’s first wife, Allegra Mostyn-Owen, in 1986.

The image was published here on Facebook on July 2, 2020. 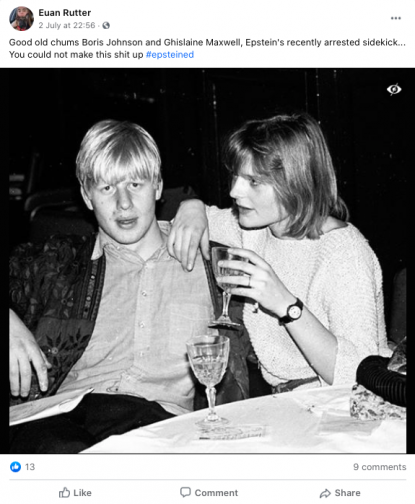 Maxwell, daughter of late media tycoon Robert Maxwell, was arrested in the US on July 2. She was charged with sex trafficking minors for her former boyfriend, the disgraced financier Jeffrey Epstein. After pleading not guilty to the charges against her, Maxwell was subsequently denied bail on July 14. She will remain in custody while awaiting her trial set for July, 2021, AFP reported here.

Epstein killed himself in prison last summer before his own trial.

It was also published with a similar claim here in Turkish, and here in Finnish on Facebook. 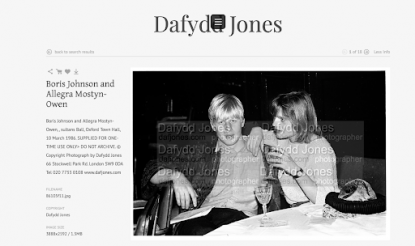 A screenshot, taken on July 24, 2020, of the original image published by photographer Dafydd Jones.

The photo’s description states that the woman in the photo is Allegra Mostyn-Owen, Boris Johnson’s first wife. It states it was taken in Oxford Town Hall in 1986.

The same photo was published in this report by UK newspaper The Guardian and this report by British magazine Tatler in 2019 alongside a caption that it shows Johnson with Mostyn-Owen.

The misleading posts were also debunked by US fact-check site Snopes here on July 22, 2020.