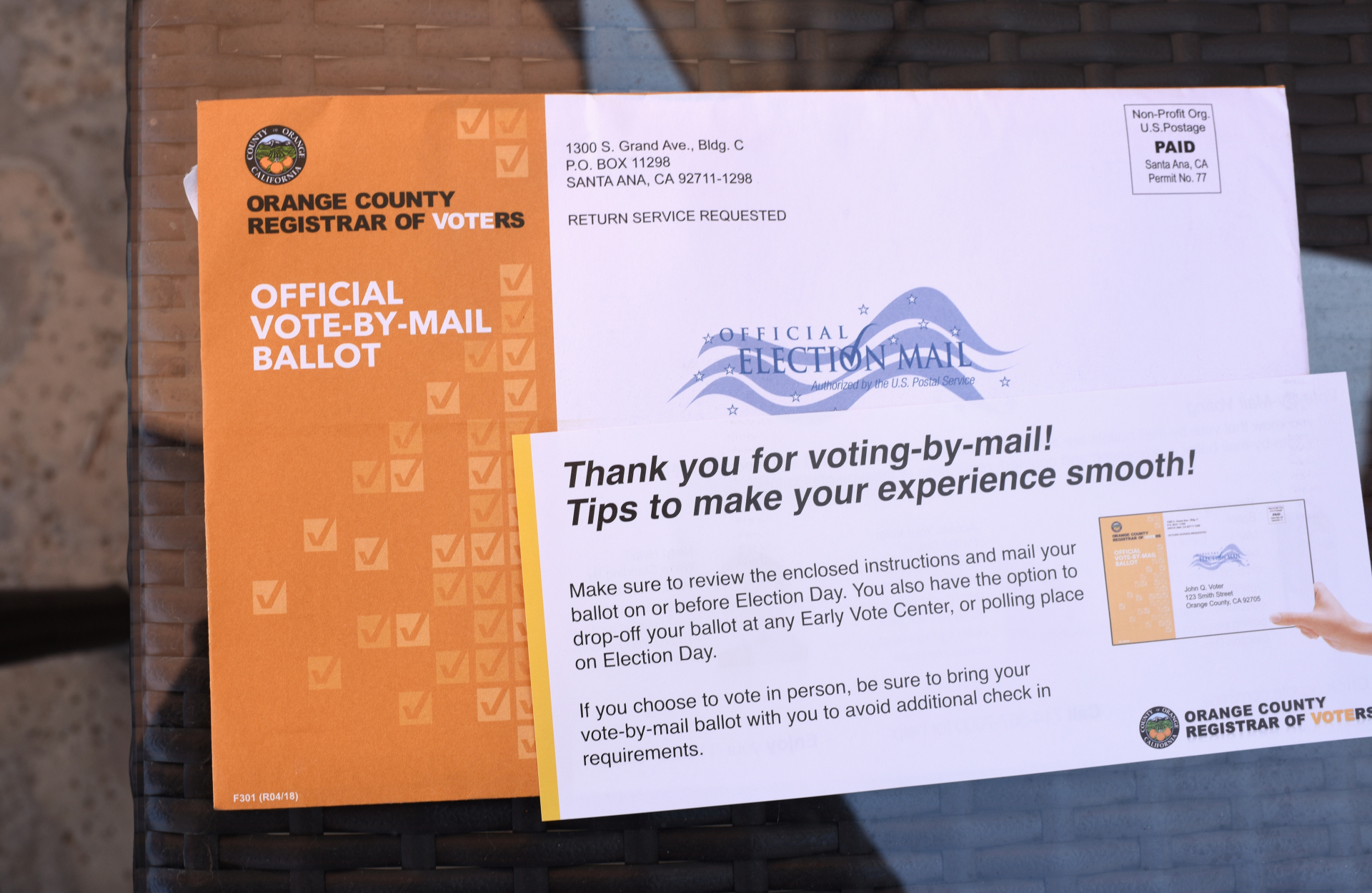 An aerial photo of a large crowd in an urban area was shared on Facebook with the claim it shows Democrats in the US city of Seattle protesting for mail-in voting. This is false; the photo is from a June 2020 Black Lives Matter protest in Seattle, and was originally shared as a joke.

“Thousands of Seattle Democrats gather to demand mail-in voting because it’s too dangerous to vote in-person,” reads the caption of the photo showing a large crowd gathered at a city intersection. The photo was shared 11,000 times after a group supporting president Donald Trump published it on August 17, 2020. The irony of the caption was lost on many online users, who took it seriously at a time of heightened concern over whether millions of voters will be able to effectively cast their ballots by post in the November 3 presidential election.

“ONLY FROM THE PARTY OF HYPOCRISY!!!” one Facebook user commented, while others mocked “Stupid dems,” or argued that “if they can go there to rally then they can go to polls.”

However, the photo was taken out of context and there was no mass protest for mail-in voting in Seattle, Washington, a state that mails ballots to every registered voter at least 18 days before the election.

The miscaptioned photo was originally posted on Twitter on August 16, 2020, by the account @CronkiteSays, a satirical account impersonating legendary news anchor Walter Cronkite, and which labels itself as “#FakeNews.”

The photo used in the joke actually shows a June 6, 2020 Black Lives Matter protest in Seattle, at the moment protesters gathered at the corner of California Avenue SW and SW Alaska Street in the neighborhood of West Seattle.

The photo was taken by aerial photographer Paul Weatherman, who published it on Twitter on June 6, 2020. 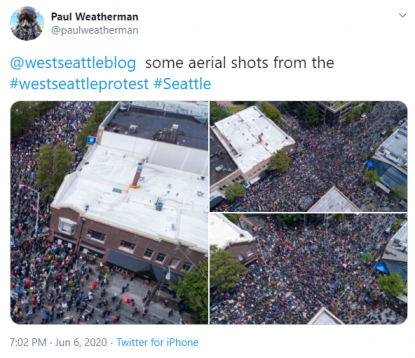 Democrats in the Northwestern state of Washington did gather in Seattle in support of mail-in voting on August 17, 2020, The Seattle Times reported. However, the event consisted of a handful of state and local elected officials who held a news conference outside a post office and did not draw large crowds.

The United States Postal Service (USPS) has become a center of controversy, particularly after Trump opposed efforts to give the cash-strapped agency more money in a new coronavirus-related stimulus package.

His attacks on the agency heightened fears of election tampering, as some states expand mail-in voting options because of the pandemic. This would allow an estimated three-quarters of Americans to cast ballots from home this fall, rather than risk infection during a visit to a polling center.

Trump has repeatedly claimed mail-in voting leads to fraud, an assertion contested by many election experts.

Postmaster General Louis DeJoy, a recent Trump appointee, announced on August 18 that changes to post office operations, “raised as areas of concern as the nation prepares to hold an election in the midst of a devastating pandemic,” have been suspended until after the vote.

“The Postal Service is ready today to handle whatever volume of election mail it receives this fall,” DeJoy said in a statement.