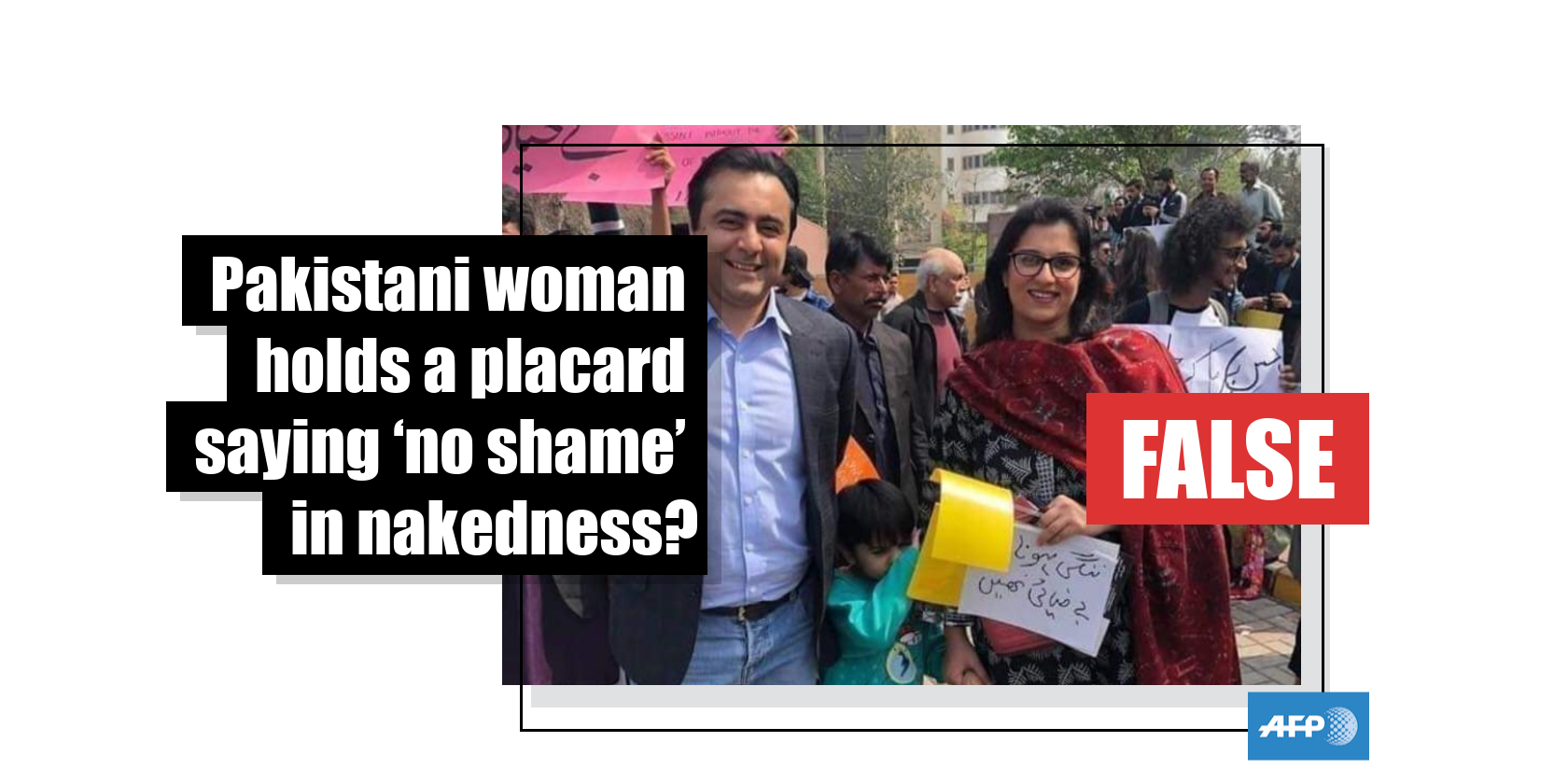 A photo of a Pakistani television news anchor with his wife and son at an International Women’s Day rally in Lahore has been shared hundreds of times in multiple Facebook posts. The image purports to show the news anchor's wife holding a placard that promotes “no shame” in nakedness. This claim is false; the photo has been doctored to add the text to the blank paper that Khan's wife was holding.

The photo was published here on Facebook on March 8, 2020. It has since been shared more than 400 times.

It shows Pakistani journalist Mansor Ali Khan with his wife and child.

The Urdu-language slogan on the piece of paper in Khan’s wife's hand translates to English as: “There is no shame in getting naked”.

The post’s caption translates as: “Mansoor Ali Khan’s wife is carrying a slogan ‘there is no shame in getting naked’ and my host is laughing sheepishly.” 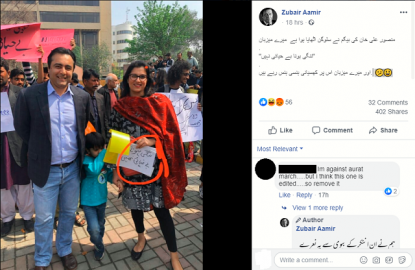 The same photo showing the slogan on the placard was also shared on Facebook here and here and on Twitter here and here, with a similar claim.

But the claim is false; Khan posted the original photo, which shows his wife holding a blank piece of paper, on his Facebook page here. 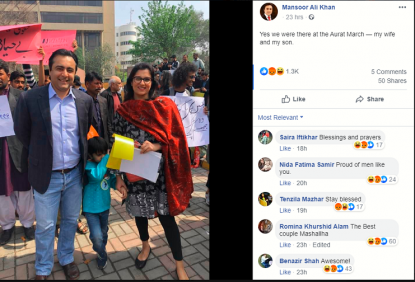 Below is a comparison of the doctored photo in the misleading Facebook posts (L) and the original photo posted by Khan (R): 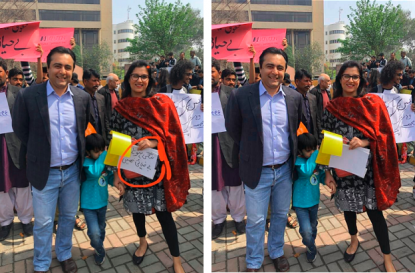 Khan also posted another collage image that showed the original photo beside other doctored versions of the photo with different slogans. He captioned this post: "The dark world of Photoshopped pictures".

The other texts digitally edited into the collage reads “My body, my choice” and “Divorce wanted.” 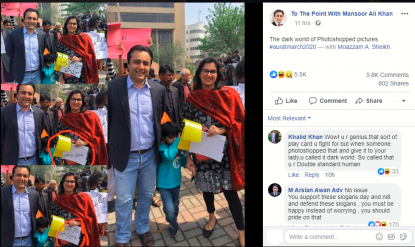 The Khan family were among the thousands of protesters who marked International Women’s Day in cities across Pakistan on March 8. The rallies promoted counter “anti-feminist” rallies, AFP reported here.