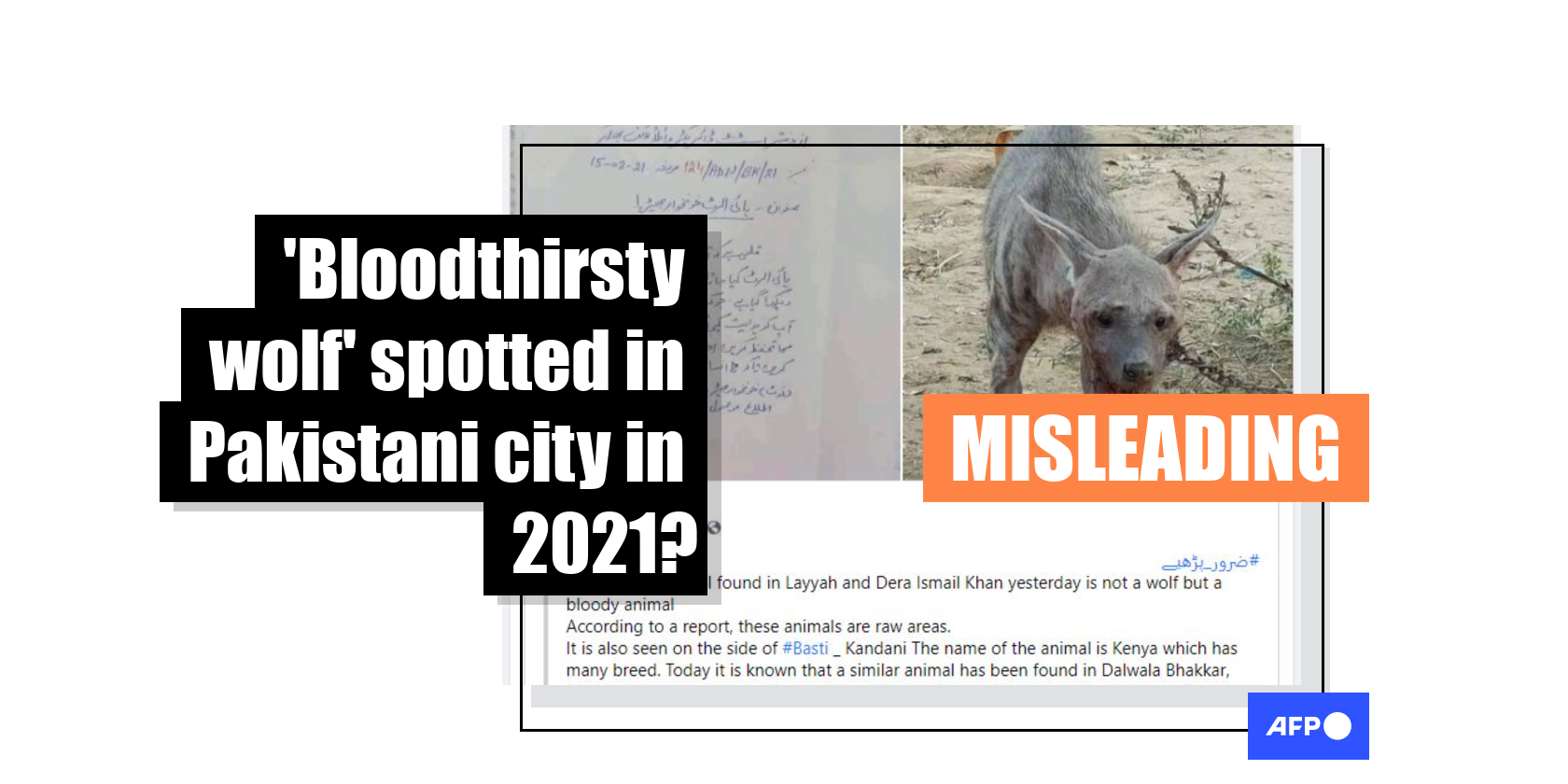 Social media posts shared thousands of times in February 2021 claim a "bloodthirsty wolf" has been spotted in multiple locations in Pakistan. The posts shared an image of an animal and a purported letter from Pakistan’s Forest, Wildlife & Fisheries department. The posts are misleading: the image of the animal has circulated in various Arabic-language articles since at least 2019 that claim it shows the aftermath of a hyena attack. In response to the misleading posts, Pakistan’s Forest, Wildlife & Fisheries Department told AFP that the letter had been issued in error and no such incident had happened in the country.

The photos of the animal and letter were posted here on Facebook on February 15, 2021. The post claims the animal was spotted in several locations in Pakistan, including the cities of Layyah and Dera Ismail Khan.

The post’s Urdu-language caption translates to English as: “#Do Read. Friends, yesterday this animal found in Layyah and Dera Ismail Khan is no normal wolf, rather it feeds on blood. According to one report, this animal was also spotted in Kech district, #kandani neighbourhood. The animal’s name is Keenya who keeps many children. It was even discovered today that such an animal was found in Dullewala, Bhakkar district. Friends, this animal is very dangerous. In addition to eating animals, it is also attacking humans. Friends, my request from you all is please stay safe from this animal and share this post so that everyone can be informed. Thank you”.

The letter appears to be a handwritten note also dated February 15, 2021, confirming the sighting. It contains a signature alongside a stamp that reads: “Assistant Director (wildlife) Bhakkar”. 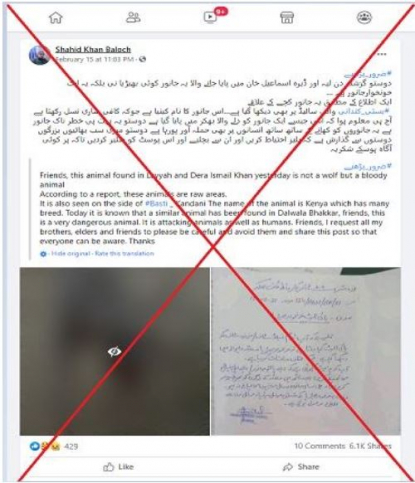 The photo of the animal is tagged by Facebook as sensitive content and therefore hidden in grey in the above post. Below is a screenshot of the animal shown in the photo: 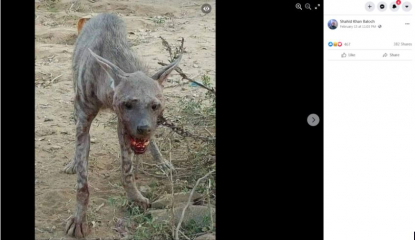 A reverse image search found the same photo of the animal has been shared online since at least January 2019. It was shared in articles from the Middle East here, here and here. They claim the photo was circulating online alongside unconfirmed reports about a hyena attack. Below is a comparison of the photo in one of the misleading posts (L) and the image from one of the articles (R): 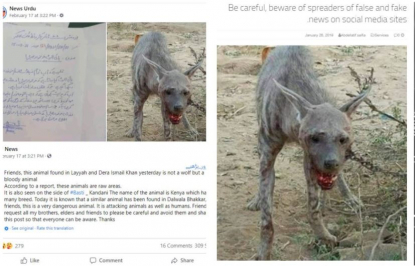 Screenshot comparing one of the misleading posts (L) with the image from a Middle Eastern website (R).

An official from Pakistan’s Forest, Wildlife & Fisheries Department told AFP the letter in the misleading posts had been issued in error.

“No such incident took place in any area of [district] Bhakkar", the official said.

Contacted by AFP to analyse the animal in the photo, the World Wide Fund for Nature (WWF) said: “From the picture shared, it does not look like a wolf; rather it looks to be a Striped Hyena (Hyaena hyaena) which is found in Africa, Central Asia and parts of Indian subcontinent”.