A video has been viewed hundreds of thousands of times in multiple Facebook posts which claim it shows the funeral of a Muslim man who died after allegedly being tortured by a mob in India in June 2019. The claim is false; the video has circulated online since at least 2018 in reports about a different man’s death. 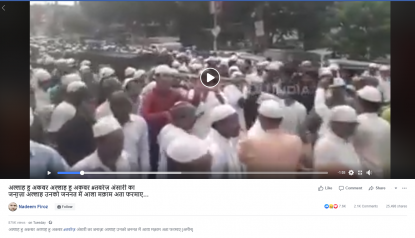 The footage shows a group of people wearing white skull caps and carrying a coffin.

Ansari was allegedly beaten by a mob and forced to chant Hindu slogans. Here is an AFP report about the incident.

Ansari died on June 22, 2019 and Tabrez Ansari’s uncle Maqsood Alam told AFP by phone that the family held a funeral the same day.

“Tabrez died on June 22 and we received his body after the postmortem. He was buried on the same day, 22 June, 9 pm in the evening," Alam told AFP.

The same video was also shared on Facebook here and here with a similar claim.

It was also shared on YouTube here with a similar claim.

The video does not show Ansari's funeral on June 22, 2019 -- the footage has circulated online since at least 2018 in reports about a different man’s death.

A watermark can be seen on the video in the misleading posts which reads ‘EenaduIndia’.

A reverse image search on Google found the same video published here on YouTube on September 22, 2018, on a channel for ETV Bharat’s Bihar desk.

Below is a screenshot of the video in the misleading posts (L) and the video on ETV Bharat’s YouTube channel (R): 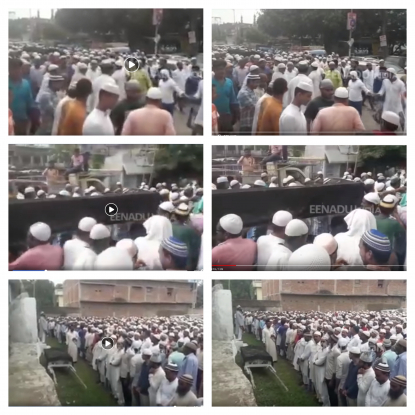