A video that has been shared thousands of times on Facebook shows people attacking cars on a dark street. Text across the top of the footage, which has been shared in multiple countries including Canada and Sri Lanka, claims the video shows Muslims in the English city of Birmingham attacking cars because they want to hold their Ramadan fast-breaking meal, iftar, in the street. The claim is false; the video actually shows football hooligans in Basel, Switzerland in May, 2018.

The footage shows a group of men, some of whom appear to be wearing Islamic thawbs, on a dark street attacking passing vehicles with sticks.

Green text across the top of the footage says: “Muslims in Birmingham UK during Ramadan they want the road closed so they can break their fast eating on the road!”.

The video was posted here on a Sri Lankan Facebook page on June 2, 2019 where it has been viewed more than 16,000 times, and here where it has a Sinhalese caption saying:

“This is Muslim extremism in Birmingham, England...Is this racism? religionism? Don't forget that in the April 21, 2019 Easter Sunday attacks through the CIA FBI, the main target was the Sinhala community .”

The caption is referring to suicide bomb attacks in Sri Lanka on April 21, 2019 which left more than 250 people dead. Here is an AFP report on the incident

The same clip has also been posted here on YouTube and here on Facebook in Canada on June 3, 2019, with a caption saying: “Some Muslims in Birmingham UK wanted roads shut down for the Conclusion of Ramadan. They expressed their opinion:” 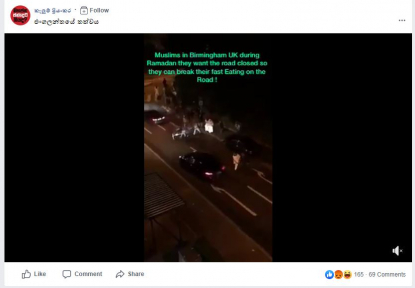 The claim is false; the footage actually shows football hooligans in Switzerland in May 2018.

A reverse image search on Google of keyframes from the video obtained using InVID, a digital verification tool, found that the footage used in the misleading posts had appeared online here in a May 20, 2018 report on popular Swiss newspaper Tio 20 Minuti.

The Italian-language report is headlined: “Clashes after Basel-Lucerne: video of the violence”.

The report describes violent clashes between football fans in Basel on May 19, 2018 after Basel and Lucerne played each other in a match that ended in a 2-2 tie.

The start of the report says: “Violent clashes between football fans occurred last night in Basel following the Super League match between the local team and Lucerne which ended 2-2. At least two people were injured.”

Below is a side by side comparison of the 2018 Tio 20 Minuti video (L) and the same video used in the misleading Facebook post (R): 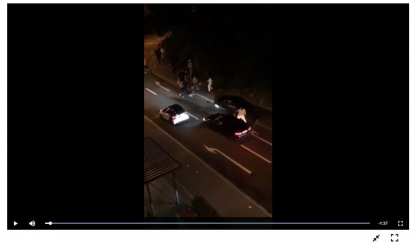 Screenshot taken on June 7, 2019 of one frame from the Tio 20 Minuti video 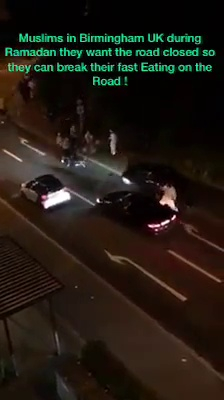 Screenshot taken on June 7, 2019 of the video shared out of context

The same video was published in multiple media reports about the May 19, 2018 video, for example here, here and here.

The Basel-Stadt Criminal Commissioner Public Prosecutor’s Office confirmed that there had been a clash between two groups of football fans in Basel on May 19, 2018.

The public prosecutor issued two German-language press releases about the incident at the time, which can be seen here and here.

According to the releases, two German nationals were detained immediately after the incident, and seven other people -- six Swiss nationals and one Syrian -- were arrested in the following days.

The Chief of Media and Information at the Basel-Stadt Public Prosecutor’s Office, Peter Gill told AFP by email that an investigation was ongoing.

“Since this is a pending case, we cannot provide any further information, based on the code of criminal procedure. The case is expected to be referred to the criminal court in the coming months,” he added.