No, these videos were not taken during Hurricane Florence

A video that shows roofs being torn off and cars and street signs thrown about by strong winds, supposedly in the US state of North Carolina, was shared at least 1.6 million times on Facebook since it was posted September 11, 2018. However, the majority of the images shown in the video were actually captured days before Hurricane Florence in Japan, during Typhoon Jebi.

The video description, says in Spanish that the video was taken “two hours ago in North Carolina,” where Hurricane Florence wreaked havoc in mid-September, with flooding from several feet of rain and storm surge. 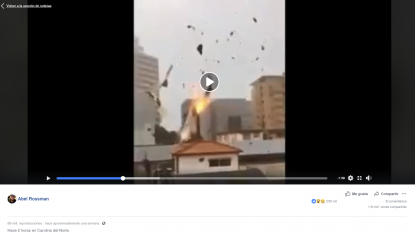 Typhoon Jebi, the storm actually seen in the images, hit the Kansai region of Japan on September 3 and 4, killing at least 11 people and leaving hundreds wounded, according to AFP reporting.

The videos compiled in the Facebook post show real images but are incorrectly attributed. A Twitter user posted this video September 4, claiming it was recorded at the Koshien train station in Japan’s Hyogo, where Typhoon Jebi made landfall that week.

A Google Street View search confirms that the images show the area around the Koshien train station, between the cities of Kobe and Osaka. 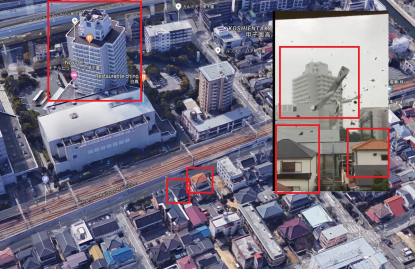 Screenshot of Google Street View and the video analyzed on September 21, 2018

Other video clips in the Facebook post said to be from North Carolina on September 11 were also taken in Japan the week before. At the 1:35-minute mark of the compilation, a van crossing a bridge is seen tipping over and sliding around as it’s buffeted about by wind gusts. 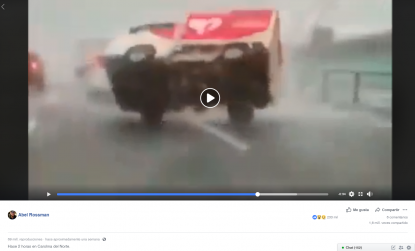 The video was first been posted on Twitter the previous week, also on September 4, by @DimyatiDewi, who said her friend had sent her the shots from Osaka, Japan, also during Typhoon Jebi. 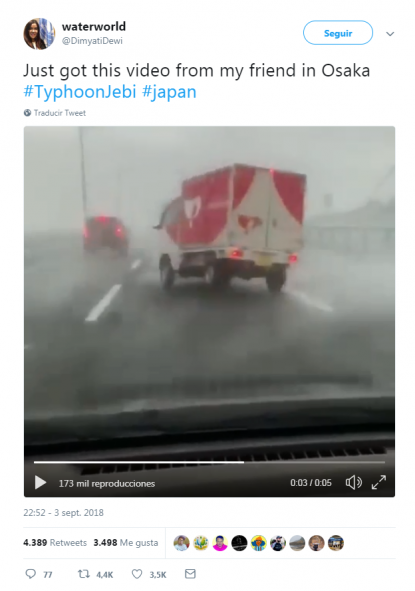 The same thing happened with the clips starting at around the 40-second marks of the “North Carolina” video and continuing for about 15 seconds. 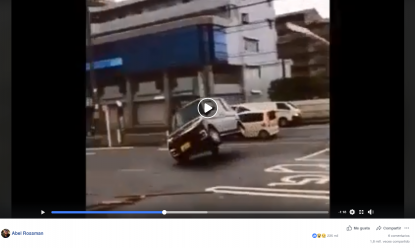 One, posted by @CRAZY904Kaz, again on September 4, shows the roof of the Kyoto train station collapsing, according to the tweet text and a report from the British newspaper Daily Mail. A description and pictures of the building before it was damaged can be seen on the station’s website.

Another video, a clip of which is seen in the false “North Carolina” video from Facebook, was also posted on Twitter September 4. 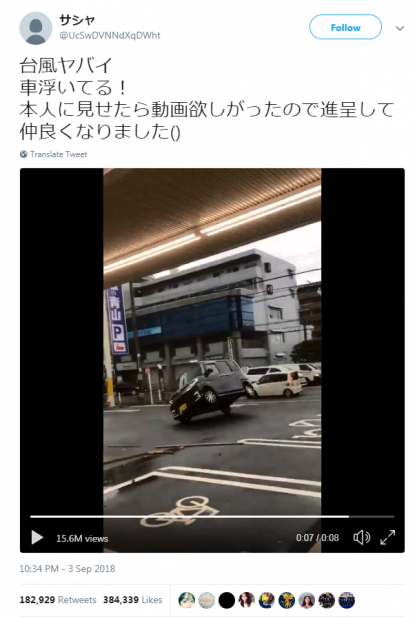 Screenshot from September 20, 2018 of the profile on Twitter that originally published the video

The next bit of the Facebook compilation, seen at 55 seconds, had also been posted on Twitter September 4, with the user commenting, “This typhoon is so strong.”

Even without in-depth investigation, other parts of the viral video can clearly be seen to be from Japan. At around 35 seconds, a vending machine flies through the street in the wind with an obvious view of storefronts signs written in Japanese characters behind it. 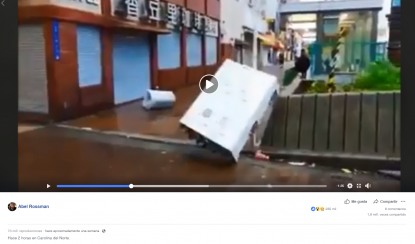 Despite the serious wind and water damage wreaked by Hurricane Florence in North Carolina and the rest of the region earlier this month, the compiled video images posted on Facebook were not from that storm, but instead from Typhoon Jebi in Japan the week before.

The post was also shared in other languages, including Arabic and Russian (which apologized for spreading false information) for a combined 7,000 shares. A post in English on the page of the public Facebook group called Conservative Party was later deleted.