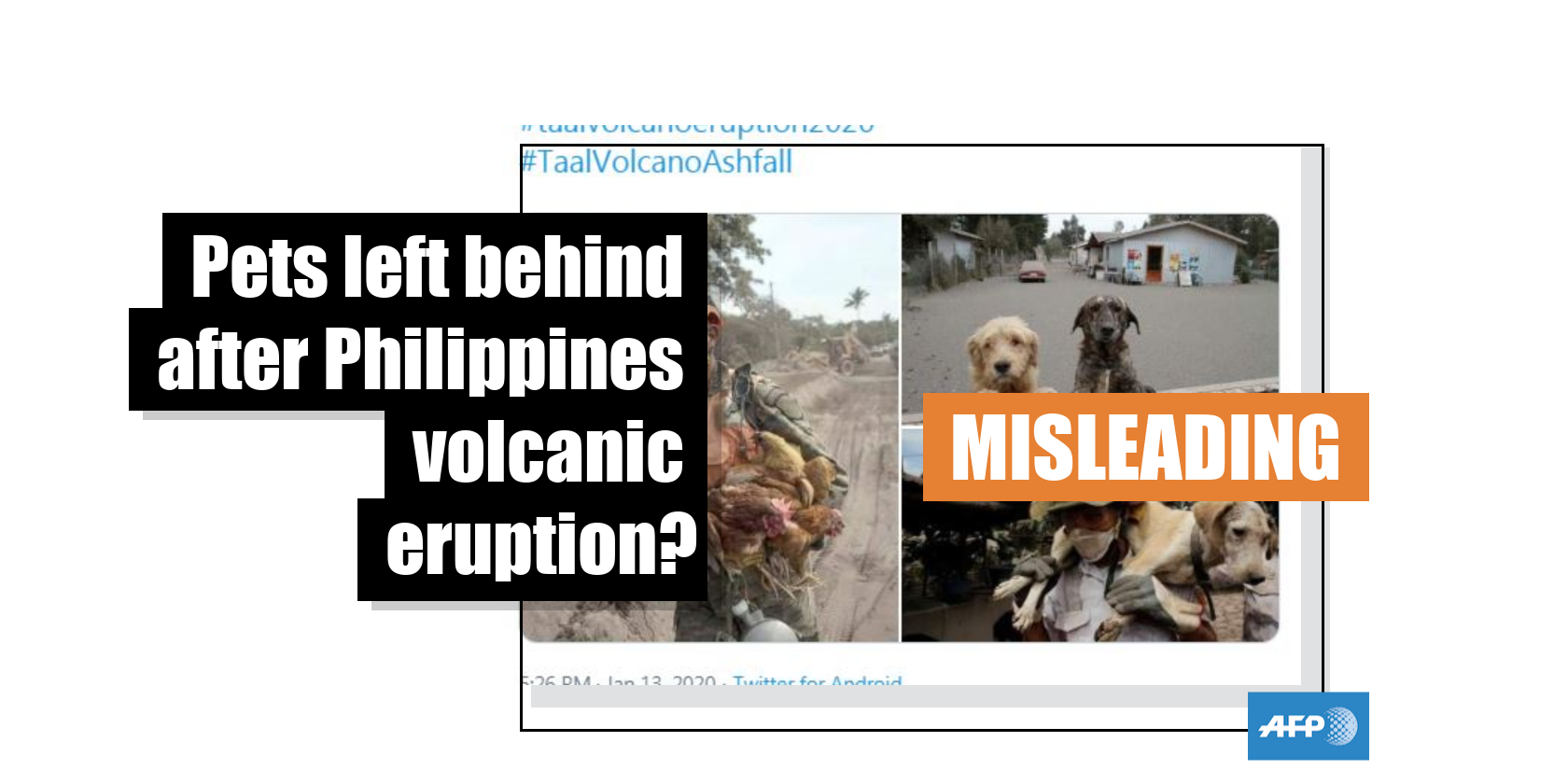 No, these photos show animals being rescued following volcanic eruptions in Guatemala in 2018 and Chile in 2015

Three photos have been shared in multiple social media posts that claim to show animals left behind by owners following the eruption of Taal volcano in the Philippines. The photos are being shared in a misleading context; they show animals being rescued after the eruptions of Fuego volcano in Guatemala in 2018 and Calbuco volcano in Chile in 2015.

The photos were shared on Twitter here on January 13, 2020. The post has since been retweeted over 450 times. 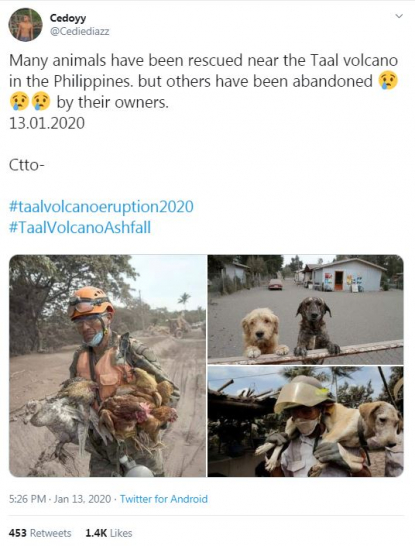 The post’s caption reads: “Many animals have been rescued near the Taal volcano in the Philippines. but others have been abandoned by their owners. / 13.01.2020 / Ctto- #taalvolcanoeruption2020  #TaalVolcanoAshfall”.

Tens of thousands living near Taal, which is just south of Manila and one of the Philippines most active volcanoes, were forced to flee when Taal began spewing ash and lava on January 12, 2020.

Several residents, however, defied a mandatory evacuation order and returned to the "permanent danger zone," classified so by government volcanologists, to retrieve animals left behind, AFP reported here on January 15.

Yet the three photos are being used in a misleading context.

A reverse image and keyword search of the first photo found that it was taken following the Volcan de Fuego eruption in Guatemala in June 2018.

Below is a screenshot of the AP photo, which was published here: 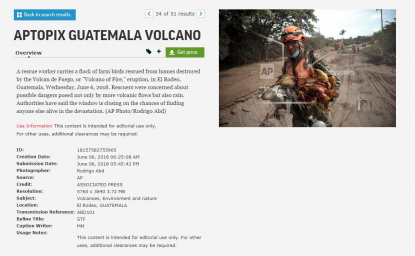 The photo's caption reads, in part: “A rescue worker carries a flock of farm birds rescued from homes destroyed by the Volcan de Fuego, or ‘Volcano of Fire,’ eruption, in El Rodeo, Guatemala, Wednesday, June 6, 2018.”

A reverse image search found the second photo, which shows a dog being carried on the shoulders of a man, was taken by Reuters in 2018 following the same Volcan de Fuego eruption in Guatemala. 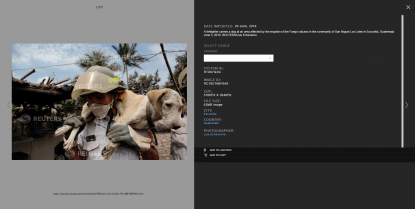 The photo caption reads: “A firefighter carries a dog at an area affected by the eruption of the Fuego volcano in the community of San Miguel Los Lotes in Escuintla, Guatemala June 5, 2018. REUTERS/Luis Echeverria”.

The third photo, which shows two dogs looking over a fence, was taken after the Calbuco volcano erupted in Chile in 2015. It was published by Reuters here on April 23, 2015. 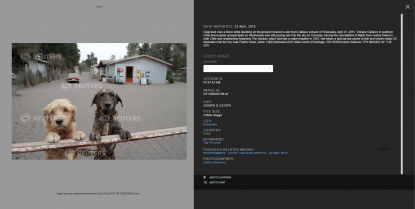 The caption reads, in part: “Dogs look over a fence while standing on the ground covered in ash from Calbuco volcano in Ensenada, April 23, 2015. Volcano Calbuco in southern Chile that erupted unexpectedly on Wednesday was still pouring ash into the sky on Thursday, forcing the cancellation of flights from nearby towns in both Chile and neighboring Argentina.”