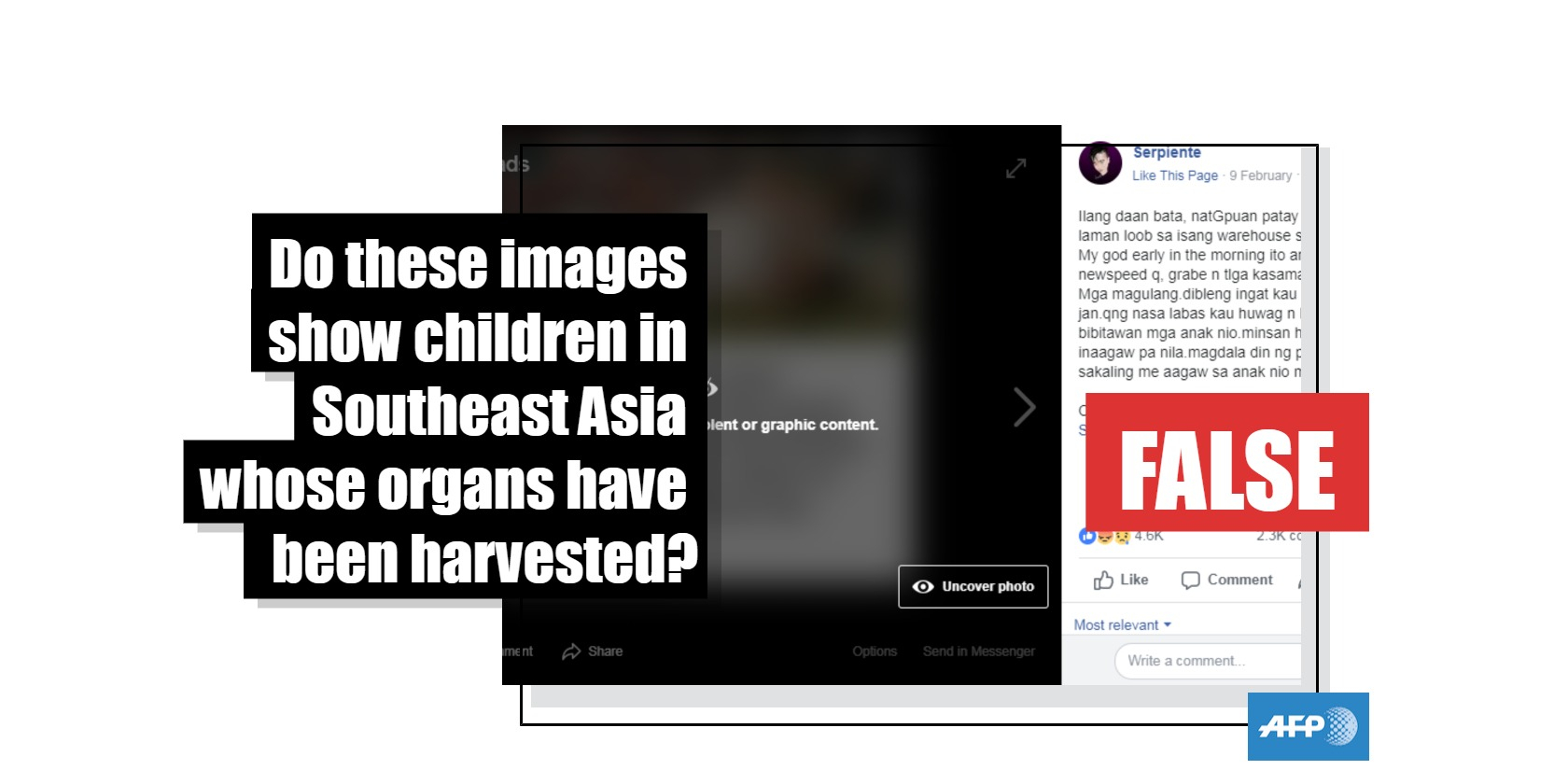 No, these images do not show children in Southeast Asia whose organs have been harvested

Posts shared tens of thousands of times on Facebook contain images purporting to show children whose organs have been harvested in Southeast Asia. The claim is false; the pictures show young victims of a 2013 chemical attack in Syria.

The image in this Facebook post, which was published on February 9, 2019, and has been shared around 74,000 times since, contains a still from a video showing children lying on the floor, some of them covered by a white cloth.

The post’s caption says in Filipino: "Hundreds of children found dead and have no more organs in a warehouse in Marikina. My god early in the morning this is what I watched in my newsfeed, the vileness of men has reached another level.

"Parents, take care of your kids well. If you're out with your kids, never let them wander far from you, always hold on to them. Bring a weapon or anything you can use to fight people who will take your kids away from you."

Marikina is a city in the Philippines, near the capital Manila.

The yellow text in the picture, translated to English, says: "Dead bodies of children who have no more internal organs found in a warehouse in Marikina!"

The black text below it says in Filipino: "Everyone is asked to be careful! Watch over your children especially when they are in school, share this with your relatives and tag them. Thanks!"

The same image and claim has been shared elsewhere on Facebook, for example here.

A similar image also appears in reports from 2016 which say the dead children were found near the Thailand-Malaysia border, on sites such as this one, and in YouTube videos like this one.

Here is a screenshot from one of the sites which makes this claim: 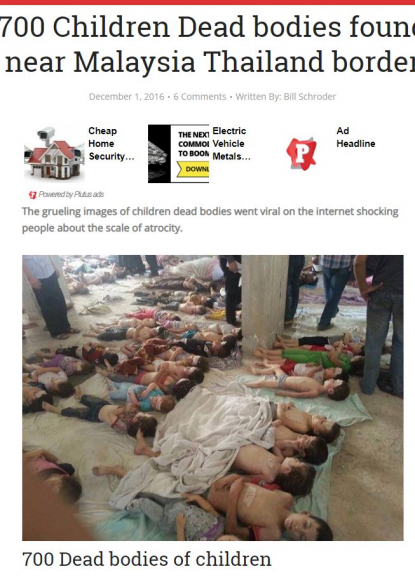 A reverse image search traced the photo from the misleading 2016 reports back to this article on Syrian news site Zaman el Wassl dated August 24, 2013.

"It was taken by Syrian activists in the eastern Ghouta in the Syrian capital Damascus," Ahmad Primo, Zaman el Wassl’s fact-check officer, told AFP by email on February 24, 2019.

"For the victims of the chemical massacre carried out by the Assad regime on August 21, 2013, in which hundreds of children, women and the elderly were killed," Primo wrote.

AFP's Arabic fact-checking service examined the photo and noted that there were Arabic numbers on some of the bodies, as highlighted in the image below: 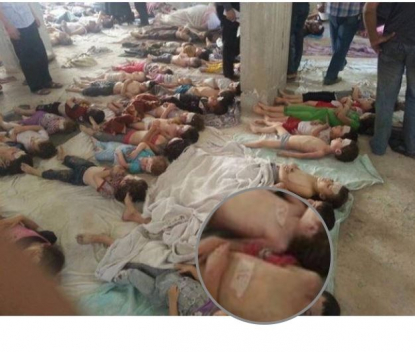 Orient News's video is on Youtube here and the children in the photo can be seen 28 seconds into the video.

The images from the misleading posts and that video frame both contain several key details.

These include a boy with no shirt and wearing a grey undergarment lying on the floor and two children lying side-by-side, their arms on their chest, one of whom is wearing a turquoise shirt.

The misleading image and the still from the Orient News video can be compared below: 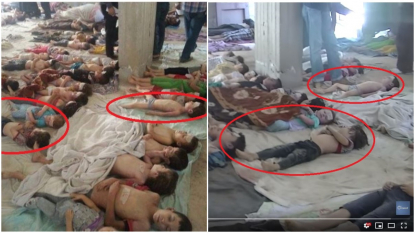