No, these are not photos of a 2019 Islamic State group attack on churches in Egypt

Three photographs have been shared in multiple Facebook posts uploaded May 2, 2019 which claim they show an Islamic State group attack on a Catholic church in Cairo, Egypt “a few moments ago” which left 43 people dead. The claims are false; the images are actually photographs taken by the European Pressphoto Agency which show a 2017 Islamic State group attack on churches in Egypt.

The misleading Facebook posts, for example this one published on Facebook on May 2, 2019, contain three images that show the aftermath of an explosion in a church.

The misleading post’s Sinhala language caption says: “A few moments ago, there was an ISIS suicide bomb attack against a Catholic church in Cairo, Egypt. The death toll is 43.” 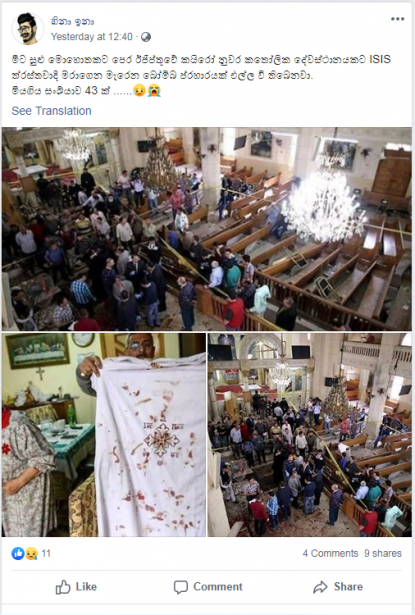 A Google reverse image search found that the photographs actually show the aftermath of a double church bombing in Egypt on Palm Sunday in 2017, which was claimed by the Islamic State group.

Here is an AFP report published on April 10, 2017 about the Egypt church suicide bombings.

The images used in the misleading post were taken by the European Pressphoto Agency (EPA)  and can be seen here, here and here on their website.

Below are screenshots of the images on the EPA website: 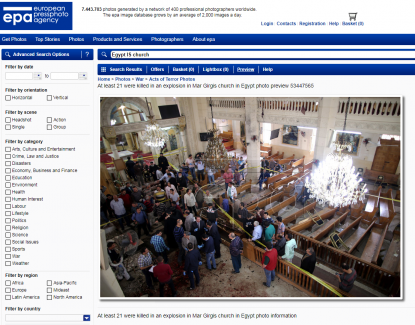 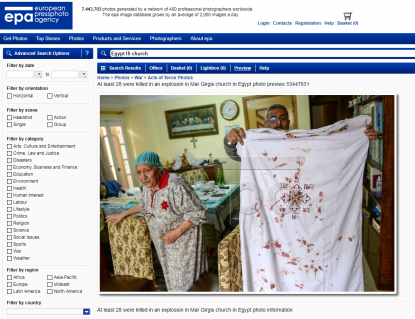 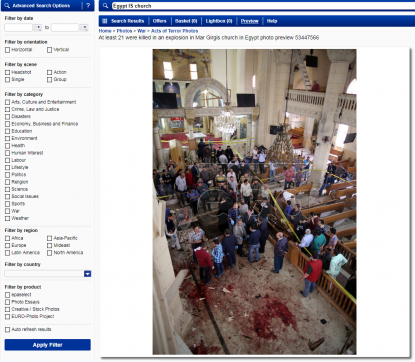