No, this is not a video of a raid on a nightclub in Saudi Arabia

This Facebook video, viewed more than 400,000 times since May 1, 2019, shows people apparently raiding a nightclub and beating men and women.

The video shows a logo for Euronews, and is accompanied by an Urdu-language caption which reads: “A raid took place on a nightclub in Saudi Arabia and women were whipped.” 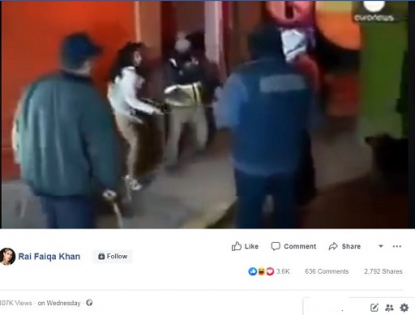 The same video with similar claims has been shared on Facebook here and here.

The claim is false; a reverse image search on Yandex of keyframes from the video obtained using the InVID video verification tool found the footage showed a 2014 nightclub raid in Peru.

The exact same footage was posted here on January 7, 2014 by France-based news organisation Euronews on its verified YouTube channel.

Below is a side by side comparison of the 2014 Euronews video (L) and the same video used in the misleading Facebook post (R) : 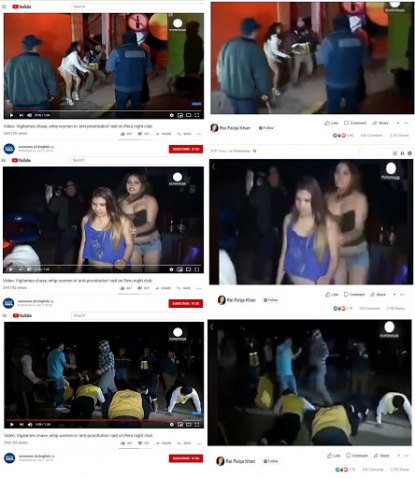 This January 8, 2014 report publish by local lifestyle website Living in Peru stated the raid happened at Club Alondra in the city of Cajamarca.

AFP analysed the footage and found a club worker wearing a jacket with a Club Alondra logo at the 55 second mark.

Below is a screenshot of the club worker: 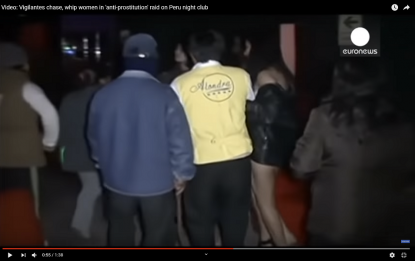 Screenshot of the club worker

The same logo appears in a photo on the club’s Facebook page here.

The club is located here on Google maps.

At the 30 second mark of the video, a man can be seen wearing a jacket with the Spanish words “Seguridad Ciudadana Cajamarca”, which translates to English as “Citizen Security Cajamarca”.

Below is a screenshot of the man: 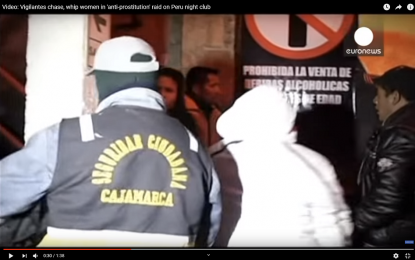 Screenshot of the man

Cajamarca refers to the city where the club is located.

The 2014 raid on the nightclub in Peru was widely reported in media at the time, for example here and here, including video showing the same scene.