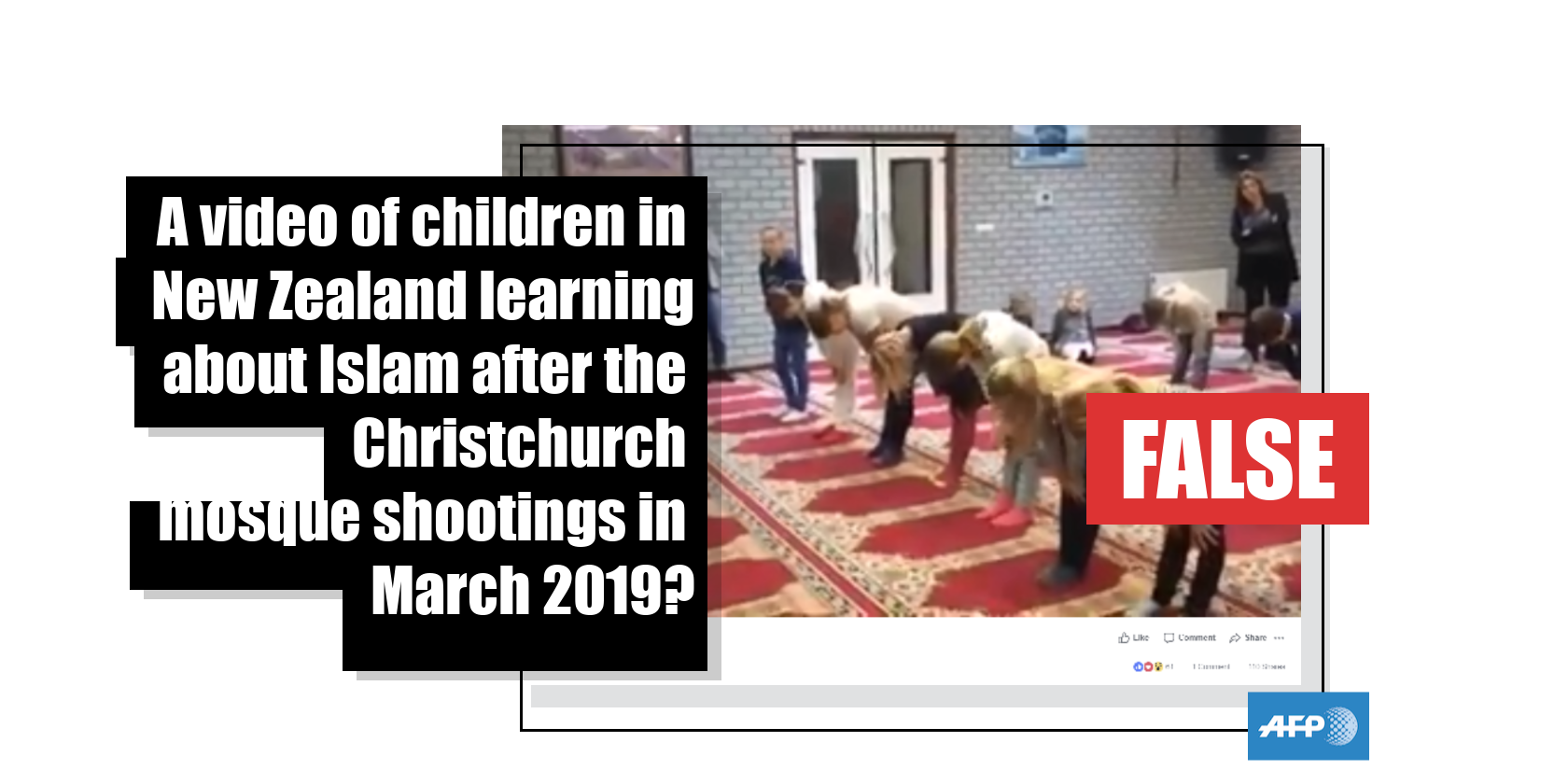 No, this is not a video of New Zealand children learning about Islam at a mosque after the March 2019 Christchurch shootings

Multiple posts on Facebook, Instagram, YouTube and Twitter have shared a video that they claim shows New Zealand children at a mosque learning about Islam after the March 15, 2019 Christchurch shootings. The claim is false; the footage has circulated online since at least 2016 and shows Dutch children visiting a mosque in Holland.

The video was posted here and here on Facebook March 23, 2019 and has been viewed thousands of times.

Below are screenshots of the misleading posts:

"The world is watching. We have to get this right. We have to make good use of it. We have to demonstrate to the rest of the world that love, peace, and compassion, sincerity, harmony and humanity are the basic principles of Islam."

Below are screenshots of the misleading video and claim on different social media platforms: 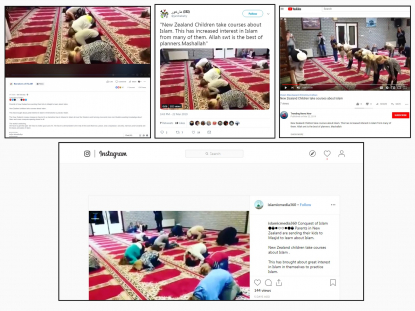 A screenshot of the misleading posts

The footage used in the misleading posts has circulated online since at least 2016.

The exact same footage was posted to YouTube here on December 26, 2016 with a Dutch-language caption saying: “Indoctrination at Dutch schools”.

Below is a screenshot comparison of the misleading video (l) and the YouTube video (r):

In the video in the misleading posts, a banner written in Dutch appears at the bottom of the screen which says: “bidden in de islam is nog niet zo simpel”.

A journalist at AFP’s bureau in the Hague translated this to English as: “praying in Islam is not that simple yet”.

The man standing in front of the children can also be heard speaking Dutch while the children bowed their heads.

"Look between your feet. Alright, that's good. You stay in this position? I'll have a coffee." [Children can be heard laughing]. Elbows should not touch the ground. And hands near your ears,” he said, according to AFP’s translation of the Dutch comments.

An online keyword search for mosque visits by Dutch schoolchildren led to this December 30, 2016 report by magazine De Stentor, based in Zwolle, Netherlands, which contains a screenshot of the video in the misleading social media posts. 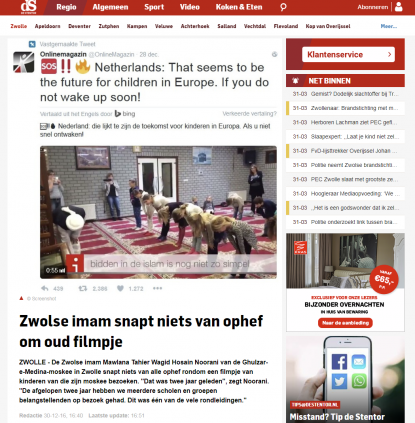 A screenshot of the 2016 report by magazine De Stentor

The first paragraph of the story translates to English as: “Zwolle imam Mawlana Tahier Wagid Hosain Noorani of the Ghulzar-e-Medina mosque said he did not understand the commotion around a video clip of children who had visited his mosque. 'It was two years ago,' Noorani said. 'In the past two years we’ve hosted several schools and groups of interested people. This was one of many tours.'”

The report says the video was filmed at the Ghulzar-e-Medina mosque in Zwolle in 2014.

This is the Facebook page for the Ghulzar-e-Medina mosque in Zwolle, which gives its address as Koningin Wilhelminastraat 95 Zwolle, Netherlands.

Below is the location of the Ghulzar-e-Medina mosque on Google maps:

AFP compared the video in the misleading posts with this photo taken inside the Ghulzar-e-Medina mosque published on a local news site named ‘Zwolle in Beeld’.

Below is a screenshot comparison of the video (l) with the image on Zwolle in Beeld (r). Certain key distinguishing features can be seen in both, including the red patterned prayer mat floor, and two ornately carved pieces of wooden furniture at the front of the room:

AFP contacted the Ghulzar-e-Medina mosque but they did not respond to requests for comment.