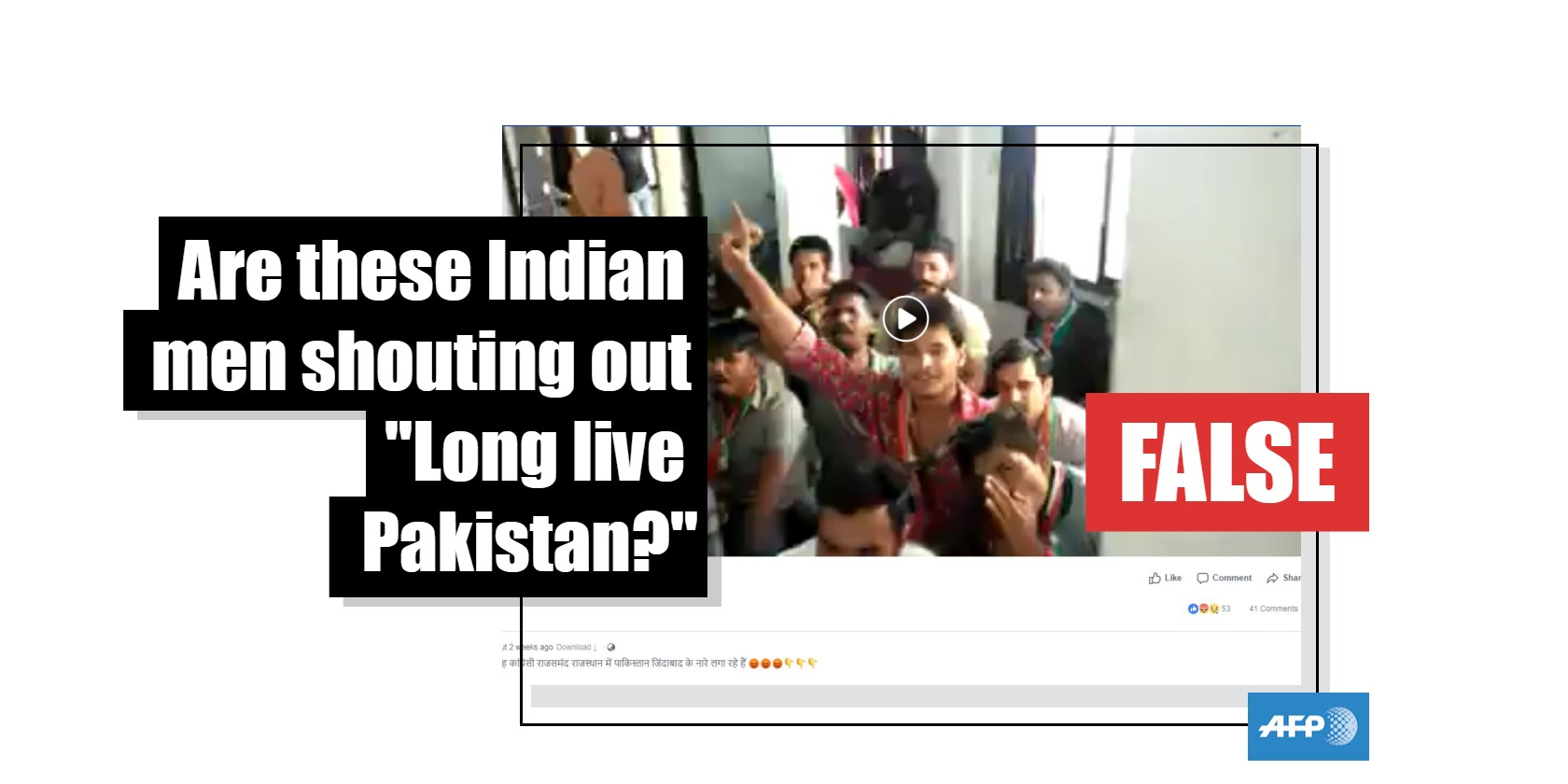 No, this is not a video of Indian political party supporters shouting ‘Long live Pakistan’

A video shared on Facebook claims to show supporters of a politician in India shouting ‘Long live Pakistan’. The men were actually chanting a slogan in support of Indian National Congress politician Narayan Singh Bhati.

The 30-second video has been viewed thousands of times after being posted on multiple Facebook pages in November, 2018, such as here and here.

Those posts have a caption in Hindi that translates as: “Brothers, this is Congress, they are shouting long live Pakistan in Rajsamand, Rajasthan.”

Below is screenshot of one of the posts: 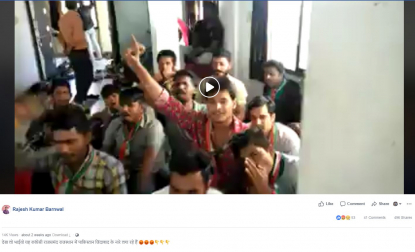 However the men do not mention Pakistan: they are chanting their support for Bhati, a candidate in elections in Rajsamand, a town in Rajasthan, western India.

A senior official on the Congress party's social media team tweeted the video in the misleading Facebook post, saying the claims were not true and urging local police to take action.

When listening to the video clip, it is clear that at 0:10 seconds, the men shout in Hindi: “Bhati sahab zindabad”, which translates to: “Long live Bhati, sir.”

At no point in the video do the workers shout "Pakistan".

Bhati was the Congress candidate in Rajsamand constituency in recent state elections, as reported here.

His official nomination from Rajsamand is listed on the on the state election commission website.

Narayan Singh Bhati lost the elections from Rajsamand constituency, according to official results declared on December 11, 2018.