No, this is not a photo of a temple in India dedicated to the Hindu god Shiva

A photo of tourists climbing the steep steps of a temple has been shared thousands of times on Facebook and Twitter posts that claim it shows a temple in India dedicated to the Hindu god Shiva. The claim is false; the photo actually shows a Buddhist temple in Bangkok, Thailand.

This misleading post has been shared more than 12,000 times since it was published to Facebook on May 30, 2019.

Its Hindi-language caption translates into English as: “Who says Taj Mahal is extraordinary, our Shiva Temple is also extraordinary.”

The Taj Mahal is a 17th-century mausoleum in India. It is listed as a UN world heritage site online here. Shiva is a Hindu god, described in this encyclopedia entry. 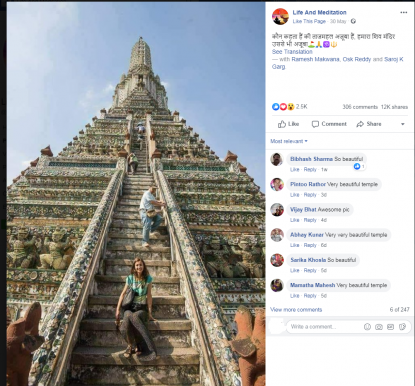 A reverse image search on Google found the same photo was posted here on December 20, 2013, on the website of a photographer called Corina Mitrescu.

The image is titled “Steep stairs Wat Arun” and is part of an album called “Bangkok, day 2 - temples”.

Below is the screenshot of the photo as it appears on the photographer’s site: 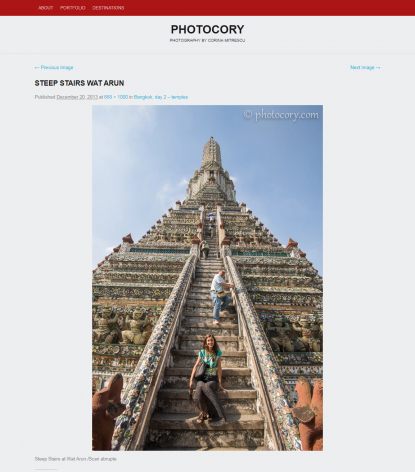 Wat Arun is a Buddhist temple in Thailand’s capital Bangkok. It is located here on Google Maps.

Information published on the temple’s website, watarun.net, says in part:

“Unbelievably, there are over 31200 Buddhist temples spread around Thailand. In Thai these are called wat. One of these, the Wat Arun or the Temple of Dawn, is named after Aruna, the Indian God of Dawn.

“Sitting majestically on the Thonburi side of the Chao Phraya River, the legendary Wat Arun is one of the most striking riverside landmarks of Thailand.”

Embedded below is a user image on Google Maps showing the temple:

And below is a screenshot of this AFP photo of Wat Arun at night taken on March 24, 2018.

Its caption says: “A tourist boat passes the glowing Wat Arun, a major Buddhist temple and landmark on March 24, 2018 as many landmarks in Thailand participate in the global Earth Hour campaign. Romeo GACAD / AFP” 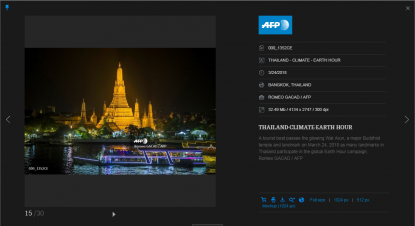 No, this is not a photo of an endangered butterfly