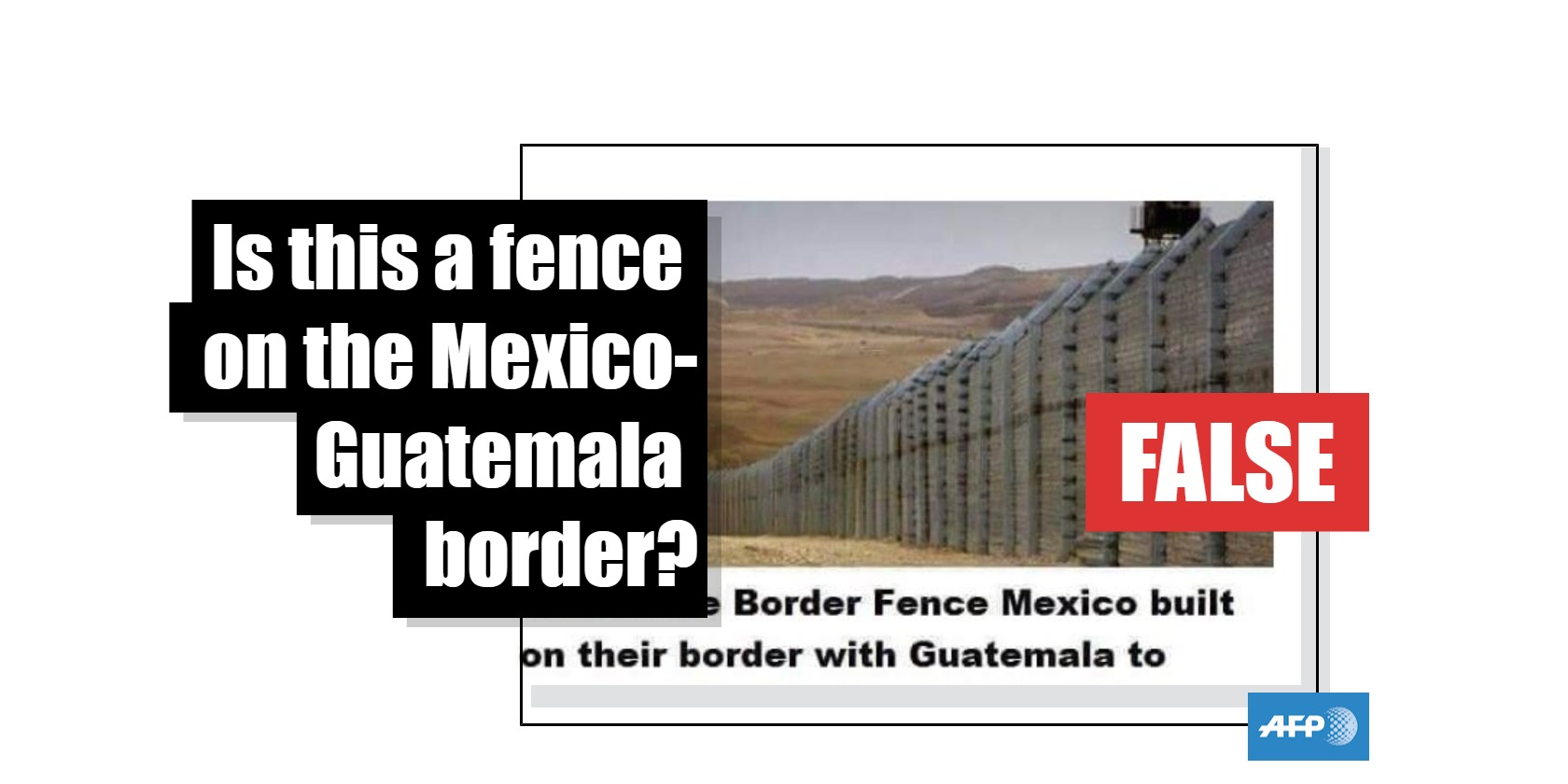 No, this is not a fence on the border of Mexico and Guatemala

A photo shared on Facebook claims to show a heavily fortified fence on the Mexico-Guatemala border. Mexico has no such border fence with Guatemala, and the photo is actually of a barricade along Israel's border with Egypt.

A photo post shared more than 1,900 times since late December says, "This is the Border Fence Mexico built on their border with Guatemala to keep out freeloaders." The post goes on to ask, "Shouldn't the United States have the same right as Mexico to protect its border?" 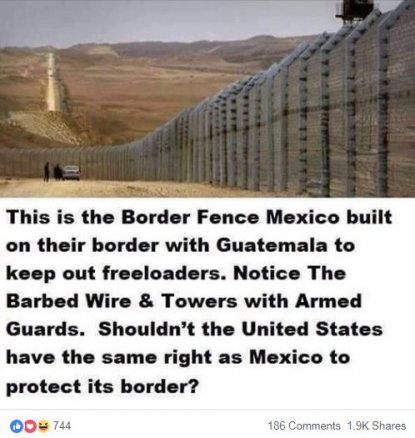 The post is currently being shared in the context of a partial US government shutdown, which is a result of an impasse between US President Donald Trump and top Democratic lawmakers over Trump's demands for billions of dollars in funding for a wall on the southern border with Mexico, but the same meme has been circulating on social media since at least 2016.

Screenshot of Google search for the false meme

A reverse image search in Google finds that the original photo was taken on February 15, 2012, by AFP photographer Ahmad Gharabli.

The original photo caption says, "Egyptian border guards (R) observe from a watch tower as their Israeli counterparts supervise the construction of a border fence along Israel’s border with Egypt near the Red Sea resort town of Eilat." 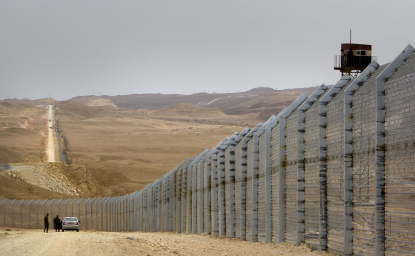 A view of the construction of a border fence along Israel's border with Egypt on February 12, 2012 (Ahmad Gharabli / AFP)

Using Google Earth to examine the Mexico-Guatemala border, it's clear that there is no arid desert stretch which could support such a fence. Much of the border includes portions of the Suchiate River. AFP photographer Alfredo Estrella, who is based in Mexico and spent time in 2018 photographing Central American migrants, said there are parts of Mexico's southern border with no fencing where you can easily cross the river.

In July 2014, then-Mexican President Enrique Pena Nieto announced "Programa Frontera Sur" to increase security along Mexico's southern border. According to the Congressional Research Service, the United States provided about $20 million in assistance, mostly in the form of non-intrusive inspection equipment and training.

The Mexico Institute of the Wilson Center, a non-partisan policy forum in the US, said one of the five points of the plan focused on enhancing border crossings, but with technology, not physical barricades.

These AFP photos from November 2, 2018, of Ciudad Tecun Uman in Guatemala show that the fencing used at one official border crossing to Mexico is a simple chain-link fence. 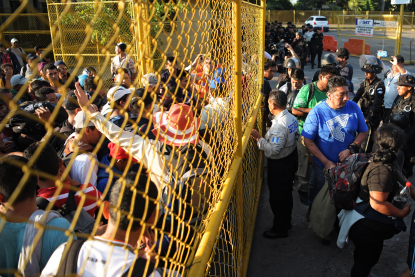 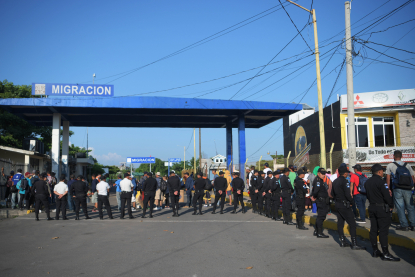 Salvadorean migrants heading to the US line up on the Guatemala-Mexico international border bridge escorted by Guatemalan police agents in Ciudad Tecun Uman, Guatemala, on November 2, 2018 (Marvin Recinos / AFP)

The fencing which separates the US and Mexico in San Diego, California, is more visually similar to the photo in the meme, as seen in this photo from April 17, 2018. 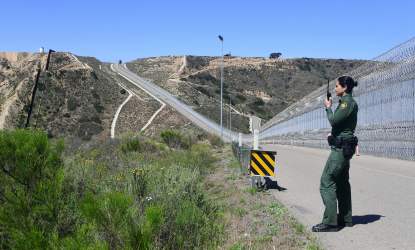 A US Customs and Border Protection agent speaks into her walkie talkie from a lookout point within the Border Infrastructure System which separates the US from Mexico on April 17, 2018 (Frederic J. Brown / AFP)