No, Nigeria’s transport minister was not arrested

Posts shared more than 1,500 times on Facebook claim that Nigeria’s transport minister was arrested in Rivers state on January 23 on corruption charges. The claim is false and originated on a hoax Facebook page. Video from after the posts were published shows Rotimi Chibuike Amaechi at an election rally in two northern states on the same day, and a Rivers state police spokesman denied that Amaechi had been arrested.

A post on a copycat page of the Africa Independent Television Facebook page, made at 6:52 am on January 23, claimed that Nnamdi Omoni, the deputy superintendent of police in Rivers state, had released a statement confirming the arrest of Amaechi. 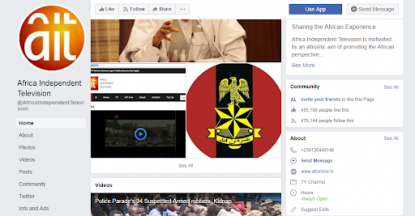 A screenshot taken on January 30, 2019 of the official Facebook page of the African Independent Television company. 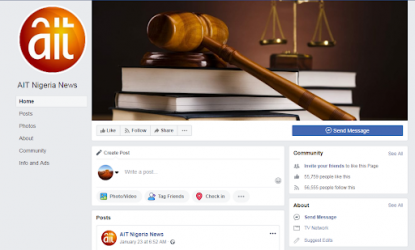 The post by the copycat page was shared more than 1,030 times and other posts repeating the claim have continued to circulate on Facebook and in Whatsapp groups.

Omoni also denied the claim in a statement released to Nigerian media.

Amaechi was governor of Rivers state from 2007 to 2015 for the Peoples Democratic Party (PDP). He switched to Buhari’s All Progressives Congress (APC) just before the 2015 election that brought Buhari to power.

This fact-check was completed in collaboration with CrossCheck Nigeria.