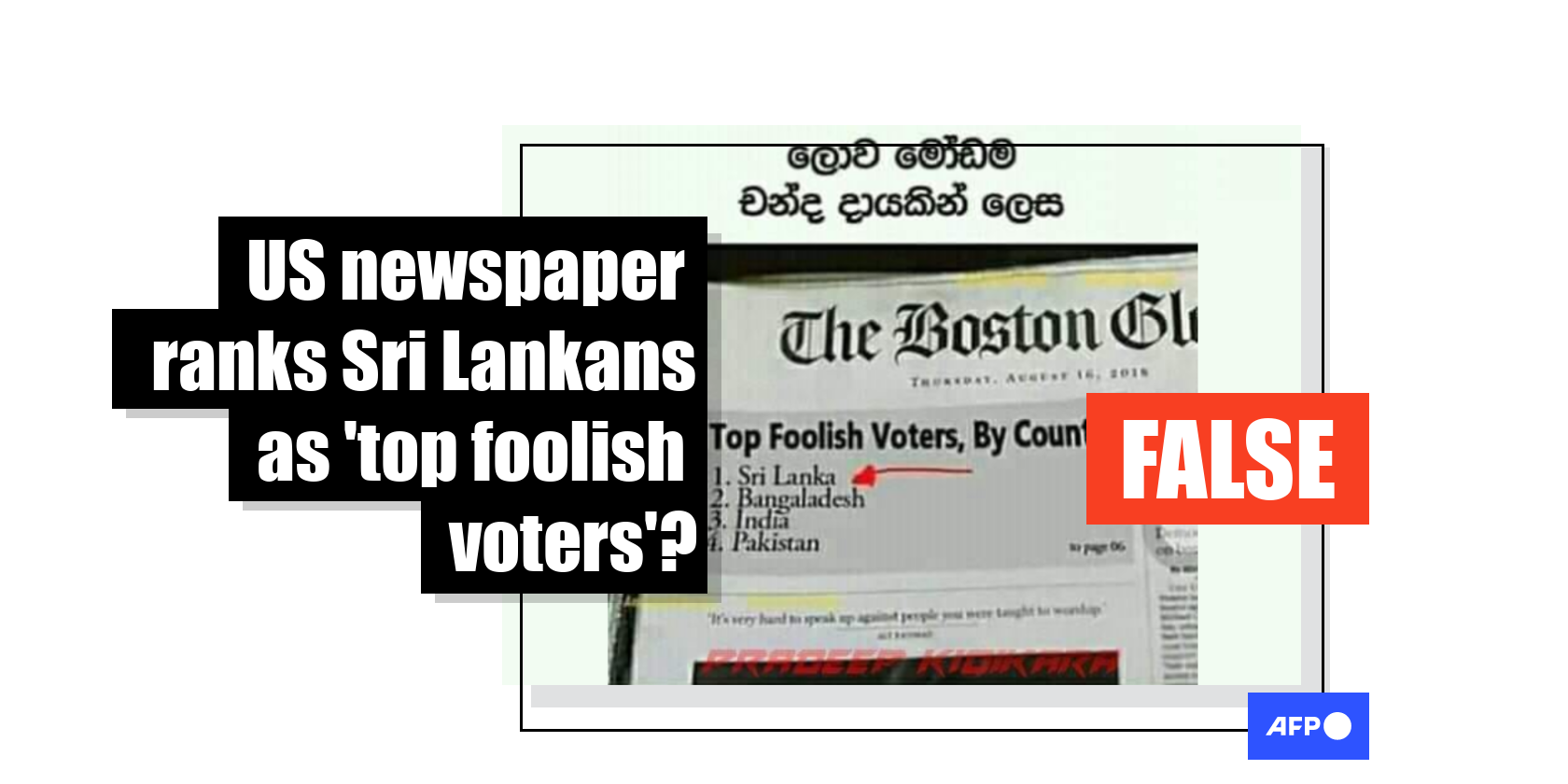 An image which has been shared multiple times on Facebook purports to show a report in US newspaper The Boston Globe ranking Sri Lankans the world's “top foolish voters”. The claim is false; the front page has been doctored from an August 2018 edition of the paper; the original front page actually shows an editorial decrying US President Trump’s attacks on the media.

The Sinhala text overlay translates to English as: “We are happy to announce that we have been selected as the world’s most foolish voters”. 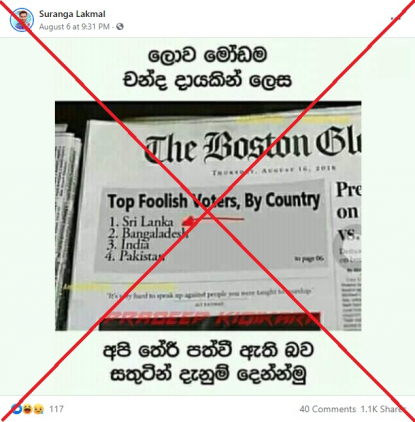 However, the claim is false; this image actually shows a doctored front page.

Below is a screenshot of the photo on Getty's website. 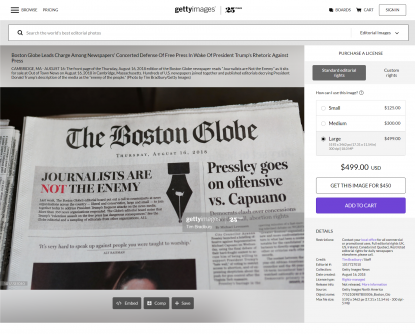 The photo caption reads: “The front page of the Thursday, August 16, 2018 edition of the Boston Globe newspaper reads 'Journalists are Not the Enemy' as it sits for sale at Out of Town News on August 16, 2018 in Cambridge, Massachusetts. Hundreds of U.S. newspapers joined together and published editorials decrying President Donald Trump's description of the media as the 'enemy of the people.'"

Below is a screenshot comparison between the front page pictured in the misleading post (L) and the Getty Images photo (R) :