No, George Soros was not arrested in Switzerland in February 2019

Several online sources claim that billionaire George Soros was arrested in Switzerland on February 3, 2019. This is false: the Hungarian-born US philanthropist was not arrested, as Swiss police and his Open Society Foundations confirmed to AFP.

“George Soros was said arrested in Switzerland at 13:23 GMT on Feb. 3 2019,” according to a widely shared, though unsourced, article on the openly editable website Before It’s News. The initial statement is followed by a string of equally unfounded assertions about the details of the billionaire’s arrest, including claims that former US president Obama disclosed the information that led to Soros’ arrest. 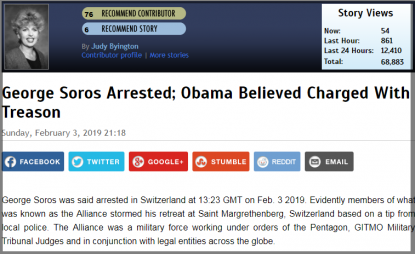 Screenshot of a fake news article taken on February 6, 2019

The original article, published on the day of Soros’ purported arrest, was not only shared 1,400 times on Facebook, according to social media monitoring tool Crowdtangle, but it also served as the source for further disinformation. A YouTube video viewed 375,000 times at the time of publication, and several other websites spread the false information, citing the Before It’s News article as their only source. Soon, online users were sharing the information in Spanish, French, and Portuguese. 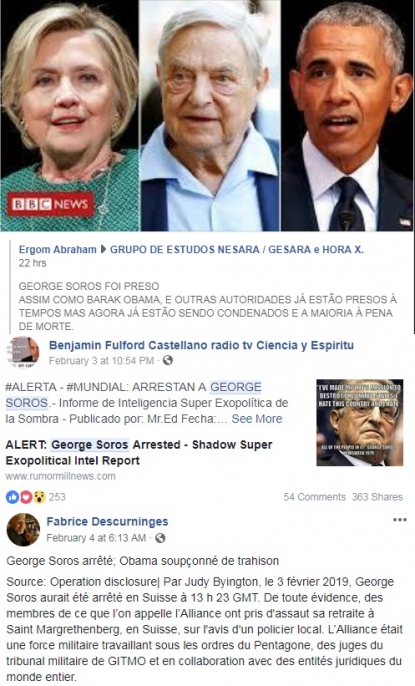 George Soros, the founder of the Open Society Foundations, a grantmaking organization that supports civil society groups worldwide, is regularly the target of disinformation, including false claims that he financed the migrant caravan headed to the US border in late 2018. Over the past year alone, the author of the Before It’s News story wrote four unsourced stories about the billionaire investor.

Before It’s News allows anybody to contribute with no editorial oversight, all authors need is “an account and a good story,” according to the website’s “About” page.

However, Soros was not arrested in February 2019. "We are not aware of an arrest involving this person (George Soros) in Switzerland on February 3," Thomas Dayer, spokesperson for the Swiss federal police, told AFP.

“These claims are false,” added Denise Simmons, spokesperson for Soros’ Open Society Foundations, in an email to AFP. 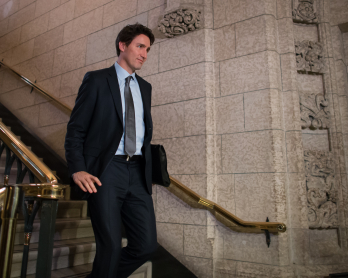 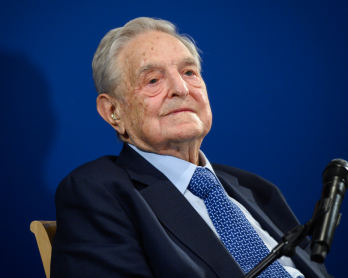 Dominion Voting servers were not seized in Germany 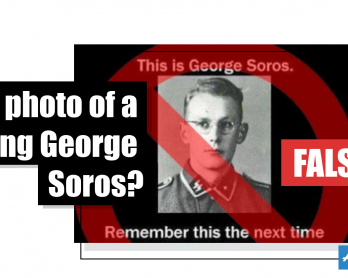 This photo shows the "Bookkeeper of Auschwitz," not a young George Soros