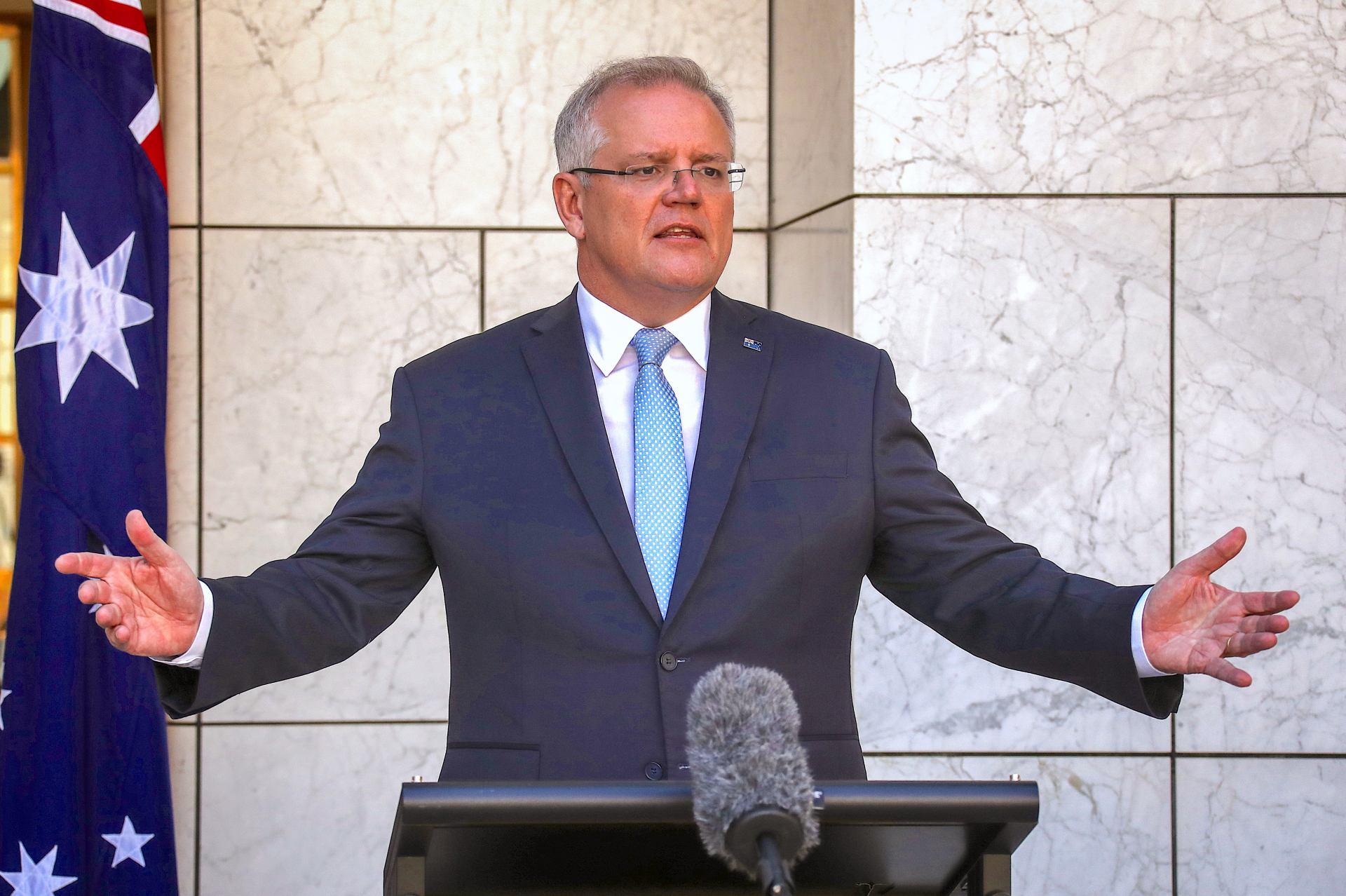 An image of a purported tweet from Australian Prime Minister Scott Morrison claiming that he is “glad we don’t have any racism here in Australia” has been shared multiple times on Facebook. The claim is false; the tweet was not posted by Morrison, but a parody Twitter account.

This image has been shared more than 100 times since it was published on Facebook on May 30.

The purported tweet reads: “Watching with concern the developments in the US. I’m so glad we don’t have any racism here in Australia.” 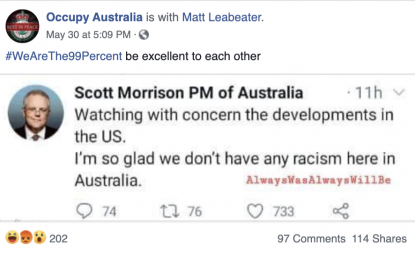 The image circulated in late May 2020 as protests against police brutality and systemic racism erupted in the US following the police killing of unarmed black man George Floyd in Minneapolis on May 25, AFP reported here.

The tweet has been viewed nearly 1,500 times since it was published on May 30.

The name of the @ScottyFromMktg account reads “Scott Morrison PM of Australia (parody)” and its description states that its content is “satire”. The account was created in December 2019.

Below is a screenshot comparison of the parody account (L) and the verified account (R) for Scott Morrison:

Twitter’s record shows Morrison did not tweet about the US protests between May 25, when Floyd’s death caught media attention, and June 10, at the time of publishing.