Skip to main content
A bride and groom wearing facemasks exchange flower garlands as part of a traditional ritual in Kolkata on July 29, 2020. (Photo by Dibyangshu SARKAR / AFP)

An image purporting to show an advert in an Indian newspaper from a "vaccinated" woman seeking a "vaccinated" man to marry has been widely shared on social media, attracting thousands of reactions on Twitter, Instagram and Facebook. The purported ad, however, is fake. It was created using an online tool.

The fake newspaper clipping ad was posted on Facebook here.

The caption reads: “Just came across this.” The post received more than one thousand likes. 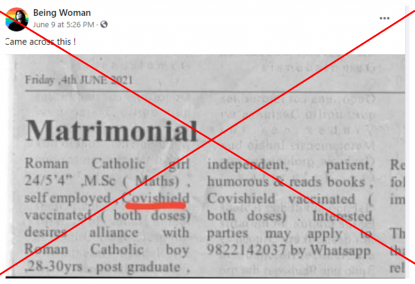 The purported clipping was posted on various other Facebook pages, including here, here and here. It was also shared on Instagram, as seen here and here.

“Vaccinated bride seeks vaccinated groom! No doubt the preferred marriage gift will be a booster shot!? Is this going to be our New Normal?” he asked.

The purported advert, however, is fake.

It was made using an online tool called Fodey which allows users to generate newspaper clippings with their preferred headline and text. 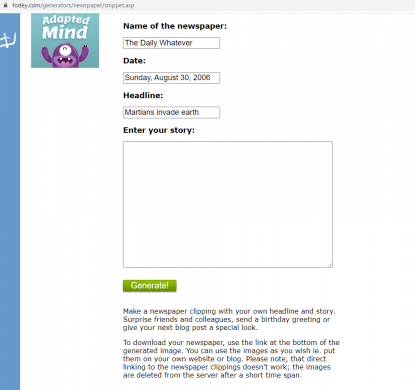 AFP previously debunked the claim that Indian politician Rahul Gandhi was arrested in the US for drug possession, which was created using the same tool.

Below is a comparison of the fake matrimonial advert posted on social media (L) and a generic newspaper clipping generated by Fodey (R):

The words on the side of each clipping, which AFP has circled in red, are identical.

According to The Indian Express, the fake advert was originally posted on Facebook here by a community pharmacist in Goa, in a bid to encourage people to get vaccinated against Covid-19.

It was shared alongside information about how to get the shot, including the phone number for a local vaccination centre.