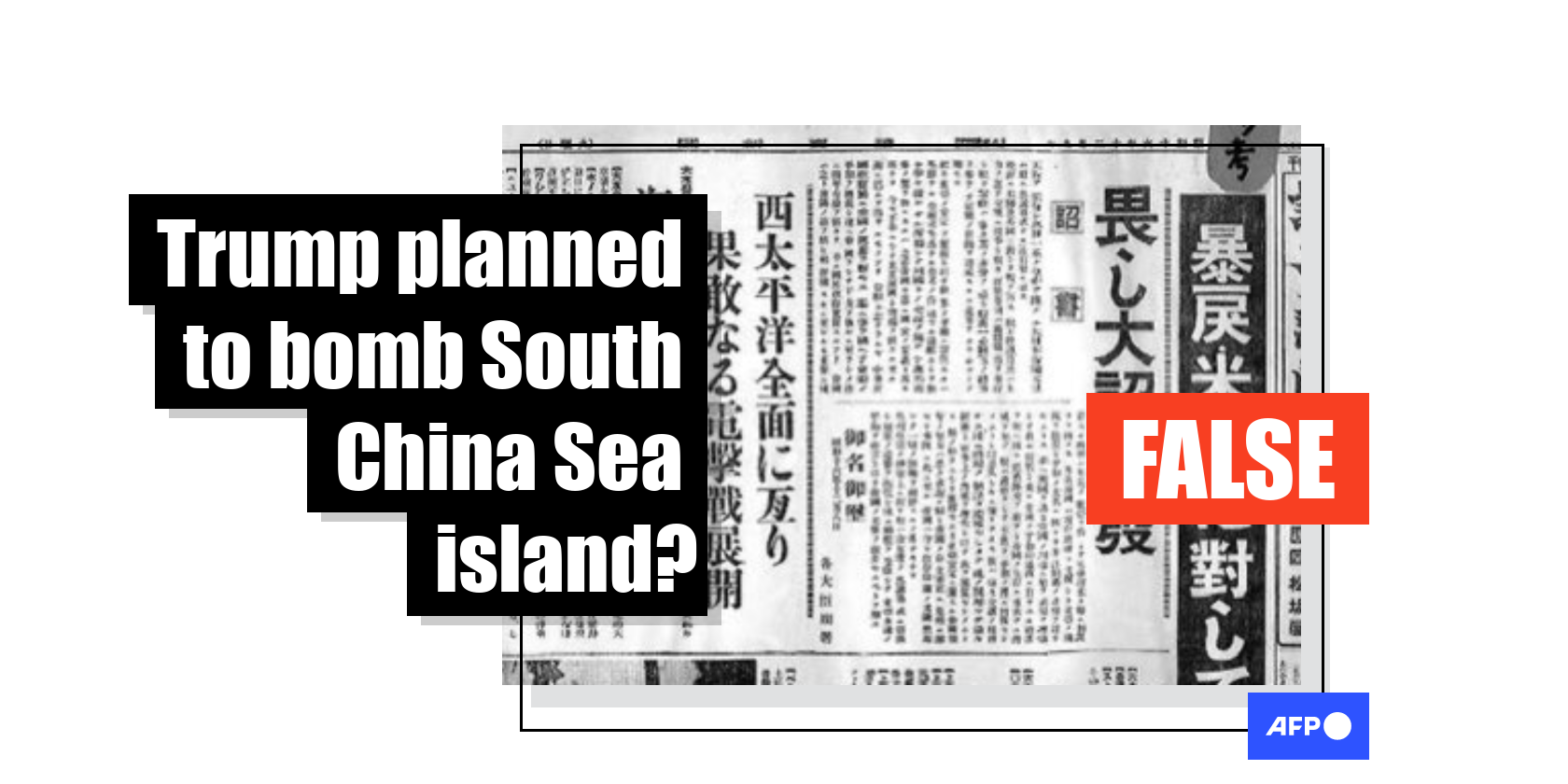 An image has been shared in multiple Twitter and Weibo posts that claim that it shows Japanese newspaper Yomiuri Shimbun reporting in late July 2020 that US President Donald Trump planned to bomb an island in the South China Sea. The claim is false; the image actually shows a Yomiuri Shimbun newspaper from December 1941, published during World War II.

The image was published on Twitter here on July 29, 2020. It shows the front page of a Yomiuri Shimbun edition and includes a WeChat watermark at the bottom right. 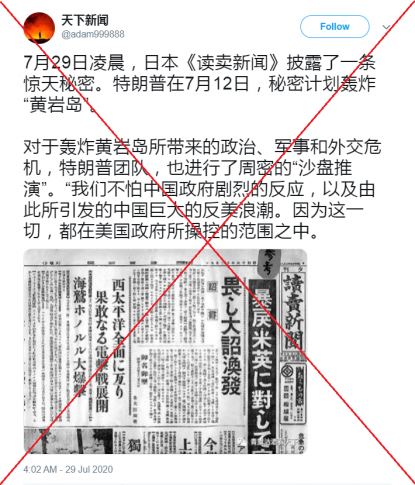 A screenshot taken on August 11, 2020 of the misleading tweet

The first paragraph of the post’s simplified Chinese-caption reads in English: “In the early morning of July 29, Japan's ‘Yomiuri Shimbun’ revealed a shocking secret. Trump had secretly planned to bomb ‘Huangyan Island’ on July 12.”

Huangyan Island, also known as Scarborough Shoal, is an island in the South China Sea.

The post circulated amid heightened tensions between the US and China over a number of issues including the South China Sea, as reported here by AFP.

At the top right side of the front page, the newspaper is dated in both Japanese and Chinese: “December 9, Showa 16”.

Showa 16 is a year in the Japanese calendar that corresponds to the year 1941 on the Gregorian calendar.

Below is a screenshot of the image with the date circled in red: 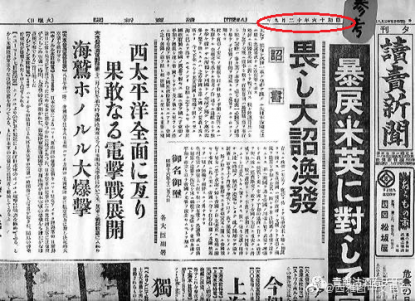 Screenshot of the image with the date circled in red

The Japanese caption below the picture translates as:  "Declaration of war published in Yomiuri Shimbun on December 9, 1941"