An image has been viewed thousands of times in multiple posts on Twitter and Facebook that claim to show a Hong Kong celebrity couple holding sheets of paper inscribed with anti-Chinese Communist Party (CCP) messages. The claim is false; the image has been doctored to include the anti-CCP messages from an earlier photo of the couple practising calligraphy. 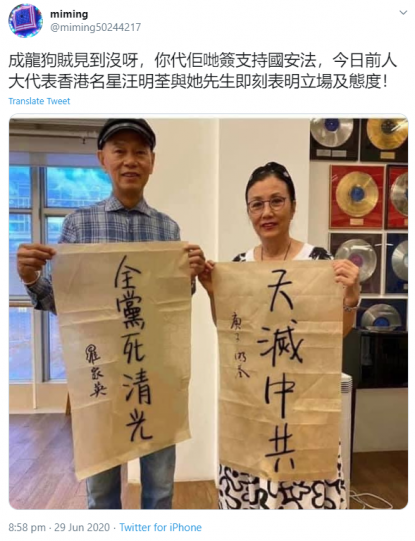 The traditional Chinese-language text on the posters in the image translates to English as “Death to the whole party” on the left, and “May God wipe out the Chinese Communist Party” on the right.

The tweet’s traditional Chinese-language caption states: “Bastard Jackie Chan, seen this? You forged their signatures to show support for the national security law, and today, former deputy to the National People’s Congress, Hong Kong star Liza Wang and her husband took swift action to clarify where they stand!"

Jackie Chan is a renowned action star from Hong Kong.

Some of the comments under the tweet can be translated as "stay safe"; "it's real, not photoshopped"; "that's what Hong Kongers should do, support Hong Kong", as seen from the screenshot below: 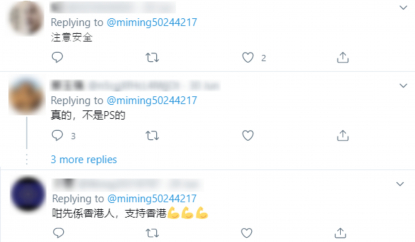 China imposed a new national security law on Hong Kong on June 30, 2020, in a bid to end the ongoing pro-democracy protests in the semi-autonomous city. Legal analysts have said the law is more draconian than initially feared.

Jackie Chan and Liza Wang were reported to have signed a joint announcement in support of the law in late May 2020, as reported by Chinese state newspaper People’s Daily here and Hong Kong news site Stand News here.

However, the claim is false; the image has been doctored. 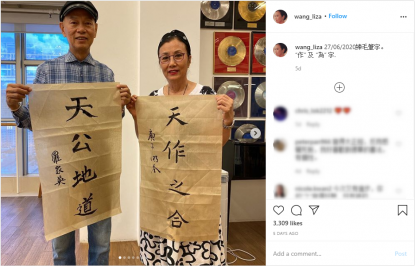 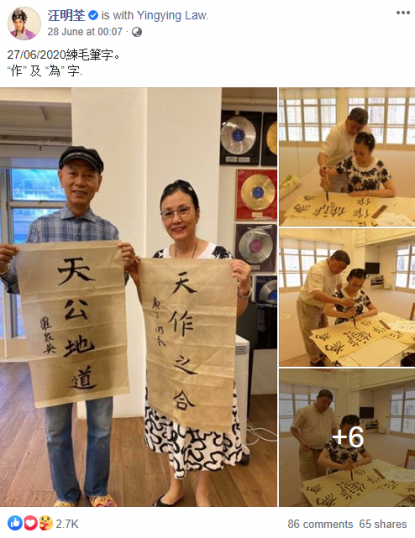 The traditional Chinese characters on the pair’s posters translate to English as “fair and just” on the left, and “perfect match” on the right.

Below is a screenshot comparison of the image in the misleading tweet (L) and the photo published by Wang on Instagram (R) with the different Chinese characters circled in red by AFP:

Meanwhile, Law Kar-ying shared the same picture here on Facebook on June 30, 2020. In the post, he accused individuals with "malicious intent" of “replacing the words in the photo with messages that are disrespectful to China”. 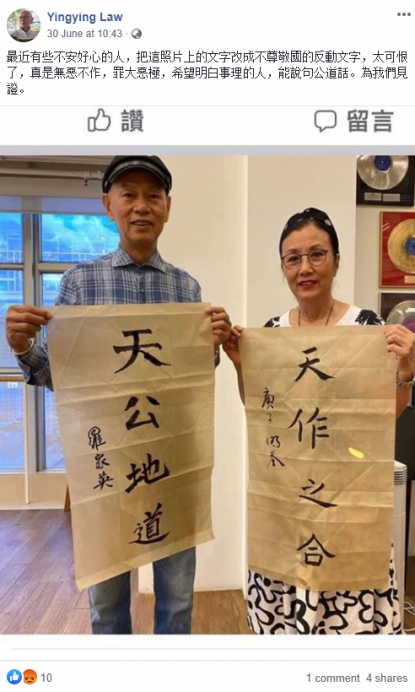