A photo that appears to show an Indian flag flying over a public square in Srinagar, a city in Indian-administered Kashmir, was shared in multiple posts on Facebook and Instagram on August 15, 2020, the country's Independence Day. The claim, however, is false. The image has been digitally manipulated to insert the Indian flag.

The image was published on Instagram here by Kirron Kher, a prominent lawmaker in the ruling Bharatiya Janata Party. 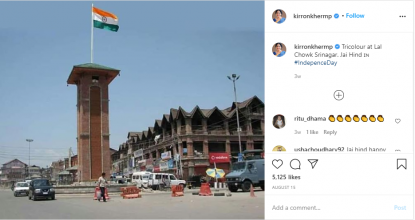 Tricolour is a common reference to the Indian flag, which consists of three different colours, and Jai Hind is a Hindi slogan that translates as: “Victory to India”.

Lal Chowk is a public square in Srinagar that has long been a site for political demonstrations, including flag hoistings, in the disputed region.

Other Indian politicians published the image on social media here, here and here.

A reverse image search on Yandex led to evidence showing that the image has been doctored.

The original photo, which does not contain an Indian flag, was published in July 2010 by an Indian journalist in this blog.

Below is a screenshot comparison of the image shared on Facebook (L) and the original 2010 photo (R) with identical features marked A, B and C:

An AFP stringer in Srinagar, Syed Shahriyar, also confirmed that no India flag was raised in Lal Chowk on August 15, 2020.

Shahriyar captured the below photo on the morning of that day: 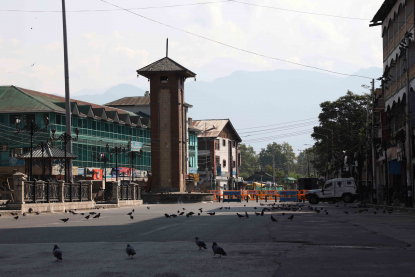 In addition, several other Facebook users shared the manipulated image alongside an old photo of the Pakistani flag hoisted over Lal Chowk. Example posts can be seen here, here and here. 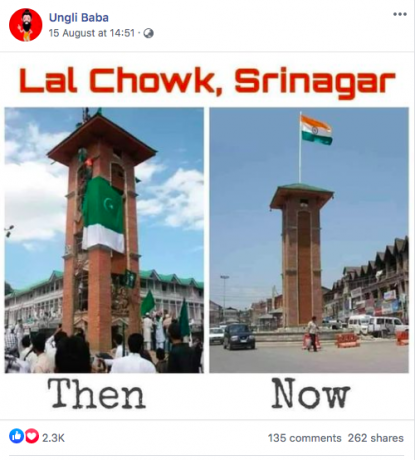 While the image of the Indian flag flying over Lal Chowk is fake, the photo of the hoisted Pakistani flag appears to be authentic and show a political demonstration in 2010.

The photo corresponds to the AFP photo below, which is captioned: “Kashmiri protestors hoisting a flag on to a clock tower in Srinagar on September 11, 2010.” 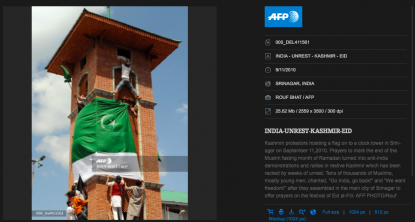