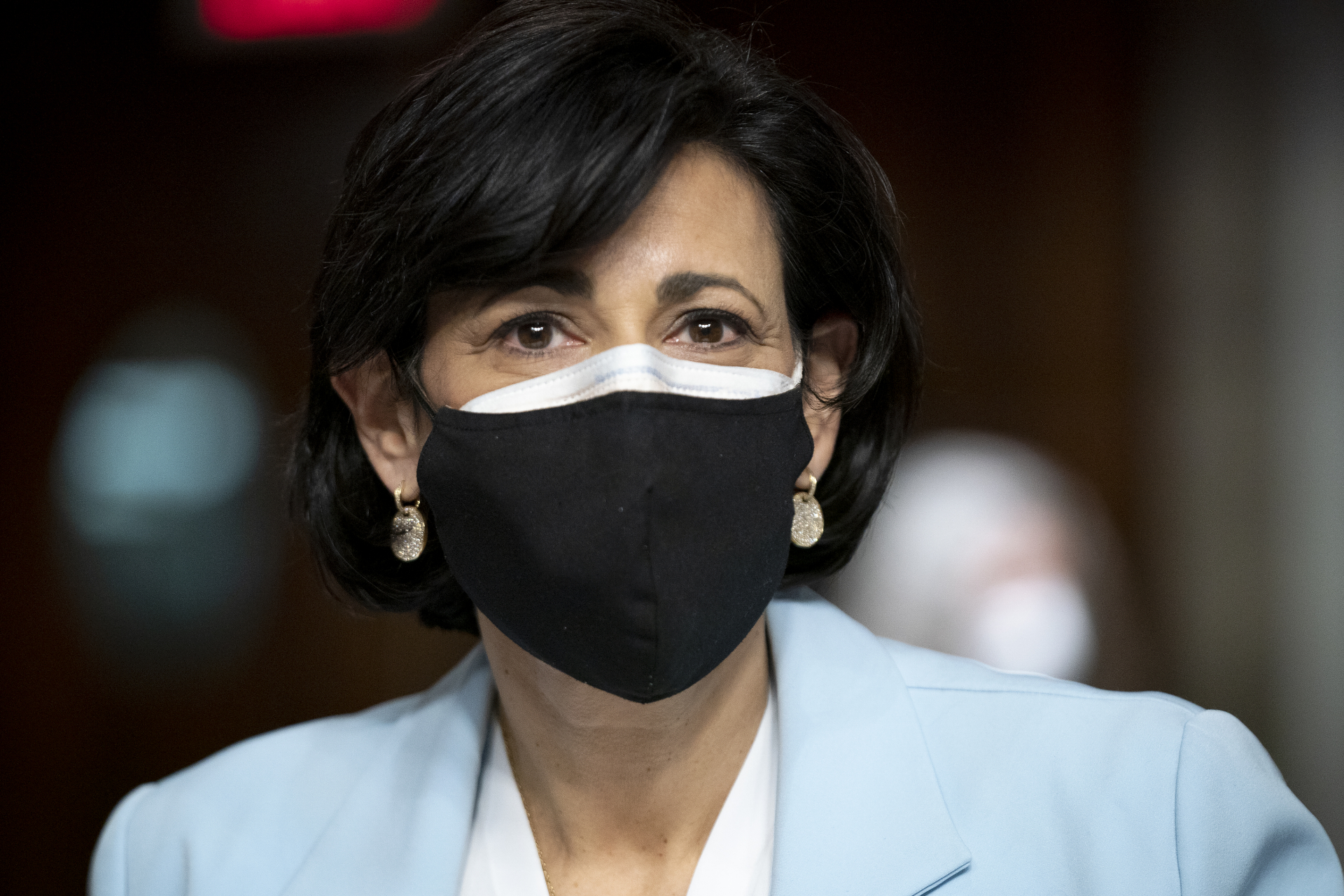 Rochelle Walensky, director of the Centers for Disease Control and Prevention, is seen at a hearing before the Senate Health, Education, Labor, and Pensions Committee on January 11, 2022 in Washington, DC ( AFP/POOL / Greg Nash)

Social media posts and online articles say US Centers for Disease Control and Prevention Director Rochelle Walensky admitted in a television interview that most Covid-19 deaths were among people with other illnesses, sparking claims that the threat posed by the disease has been exaggerated. But Walensky's remarks were edited for time by ABC News, and the full version shows she was speaking about the results of a study involving people vaccinated against Covid-19, not all deaths that it has caused.

"The CDC director just said over 75% of 'covid deaths' occurred in people with at least four comorbidities," says a January 10, 2022 tweet featuring a video of Walensky on ABC's "Good Morning America." 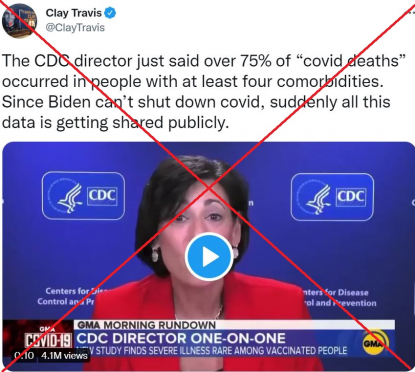 In the video, Walensky says: "The overwhelming number of deaths -- over 75 percent -- occurred in people who had at least four comorbidities. So really these were people who were unwell to begin with.” It appeared on Facebook here and here, and her remarks were cited here and here in online articles stating that she was referring to all deaths caused by Covid-19.

The confusion stems from editing of the original interview that was broadcast by ABC. The channel posted an updated version of the exchange on the "Good Morning America" YouTube channel on January 10 with a note saying: "A shorter version edited for time was broadcast on Friday, January 7."

It is clear from the updated video that Walensky was referring exclusively to deaths recorded among vaccinated people in a specific study.

"A study of 1.2 million people who were vaccinated between December and October... demonstrated that severe disease occurred in about 0.015 percent of the people who received their primary (vaccine) series, and death in 0.003 percent of those people," she said, before making the remark about comorbidities.

Walensky told a US Senate hearing on January 11 that editing of the interview allowed for an incorrect interpretation of her comments, and said she was speaking about a study "demonstrating remarkable effectiveness of our vaccines" against Covid-19.

"Much of it was cut and that phrase was taken out of context," she said of the interview.

A spokesperson for ABC News declined to comment further on the interview when contacted by AFP.

The CDC study cited by Walensky examined 1,228,664 people who had been vaccinated between December 2020 and October 2021, and found that of the 36 who died, most of them had four or more risk factors or underlying conditions.

"These findings are consistent with studies that have shown that Covid-19 vaccination lowers the likelihood of COVID-19–associated hospitalization and death," the authors wrote.