Facebook posts purport to show a photo of an abandoned village in Scotland, with old-fashioned wooden houses surrounded by an eerily empty street. The claim is false; the image actually shows a movie set in Germany for the 2013 film "Hansel & Gretel: Witch Hunters".

"An abandoned village in Scotland…" reads a Facebook post shared on January 2, 2022 on a page called "Abandoned places", which has more than 43,000 followers.

The photo shows Tudor-style houses and a well on a deserted street. 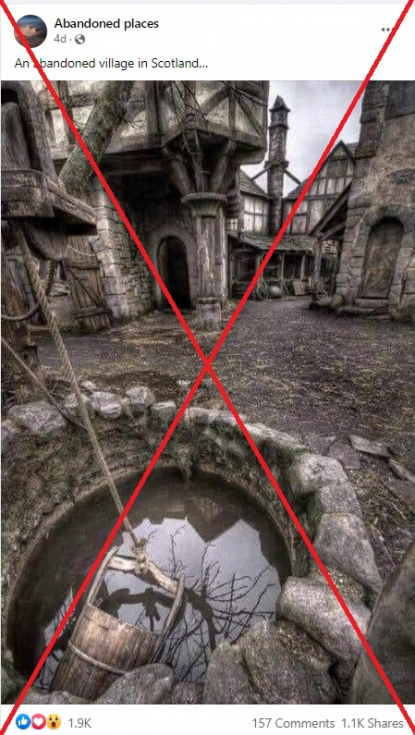 However, the claim is false. The photo shows a movie set constructed in 2011 by Studio Babelsberg in Germany.

A reverse image search found the photo posted on a Reddit forum in November 2014 titled 'Abandoned movie set of Hansel and Gretel'. 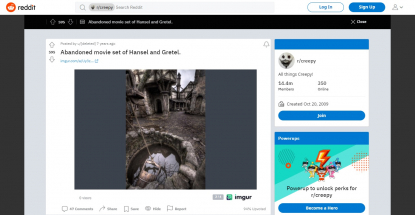 Screenshot of the image featured on Reddit captured on January 5, 2022

Hansel and Gretel: Witch Hunters is a movie released in 2013.

Below is a screenshot comparison between the photo shared in misleading Facebook posts (left) and the photo posted on Reddit (right). 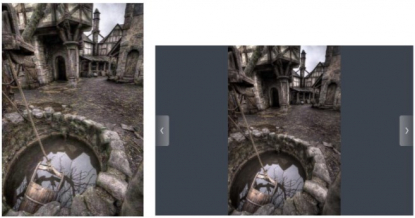 According to the movie's IMDb page, filming locations around Germany included Potsdam-based Studio Babelsberg, which is also listed as one of the production companies.

Contacted by AFP, Studio Babelsberg spokeswoman Marlene Schneider said the photo circulating online showed a set built for the film, which is a dark adaptation of the fairytale.

"This is a scene from the Hansel and Gretel set, built for the movie by Tommy Wirkola in 2011," she said.

A comparison of photos of the movie set shared by Studio Babelsberg show various similarities.

Screenshot comparison between the image in the misleading posts (L) and the image shared by Studio Babelsburg of the Hansel and Gretel set.