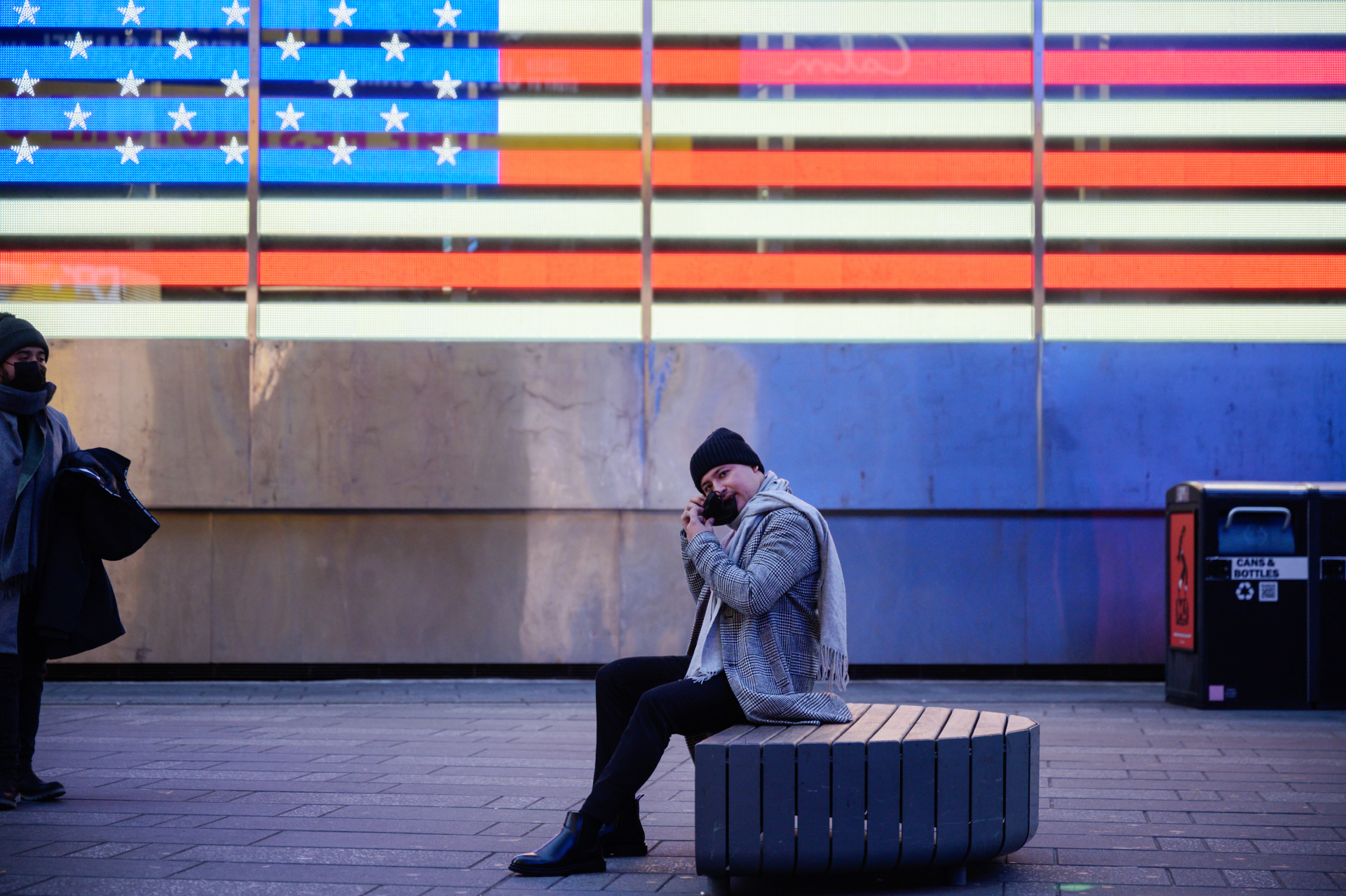 Nuremberg Code does not say mandating masks a 'war crime'

Social media posts claim the Nuremberg Code -- a set of research ethics principles established after World War II -- classifies face mask mandates as a "war crime." This is false; the document does not say this, and experts say it addresses human experimentation and does not apply to public health measures.

"What specifically does the Nuremberg Code lay out in Article 6 Section 3 regarding war crimes?" says a January 3, 2022 Instagram post.

"Leaders should be aware that mandating masks on the citizens of a nation and preventing their access to food, healthcare, transport, or education if they don't comply, is a war crime. Masks or any other medical intervention must remain voluntary," it says. 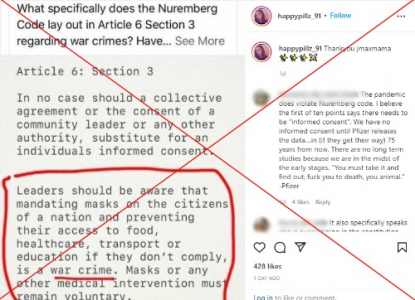 
More examples of the claim -- which come as the United States, Britain, France and Australia have announced record numbers of daily Covid-19 cases -- also appeared on Facebook here and here.

The US Centers for Disease Control and Prevention recommends face coverings for everyone two years and older to help stop the spread of the virus. Several US states and the District of Columbia require individuals to wear a mask in public indoor spaces, regardless of vaccination status.

Health law experts say that the Nuremberg Code is not related to public health measures such as mask wearing.

The Nuremberg Military Tribunals tried German officials for war crimes following World War II. Among these was USA vs. Karl Brandt, in which 23 doctors and administrators were prosecuted for their roles in conducting medical experiments on concentration camp inmates.

The verdict, published in 1947, included a detailed description of "Permissible Medical Experiments." These 10 points became known as the Nuremberg Code.

The text of the Nuremberg Code does not contain the passages cited by the social media posts, nor does it include "articles" or "sections."

Though not in the Code, the part of the posts which says "in no case should a collective agreement or the consent of a community leader or any other authority, substitute for an individuals informed consent" does appear in United Nations Educational, Scientific and Cultural Organization (UNESCO) 2005 Universal Declaration on Bioethics and Human Rights.

"The Nuremberg Code has absolutely nothing to say about mask mandates," said Leslie Wolf, a law professor and expert in health law, public health and ethics. "It does not apply to public health measures that the government may take to protect its citizens."

Also, neither the Nuremberg Code nor the UNESCO statement are legally binding law in the US or elsewhere, although the Code is recognized as an authoritative source for courts throughout the United States, said Wolf.

"The post conflates concepts from individual medical treatment (and experimentation) with measures that are necessary to protect public health," she added.

Loyola University Chicago School of Law professor Nadia Sawicki agreed. "Neither the Nuremberg Code nor the excerpted portion of the UNESCO declaration have any relevance to arguments about mask-wearing. Both speak to the obligations of researchers and governments in the context of scientific research trials," she said.

"Mask mandates do not qualify as research that would be subject to either of these documents, nor to the federal regulations relating to human subjects research," said Sawicki, who is a co-director of the Beazley Institute for Health Law & Policy.

Boston University School of Law's Christopher Robertson also dismissed the claim, saying: "The Nuremberg Code does not have an Article 6 Section 3, and does not include that particular text."

"While the basic principle of informed consent is included in the Code, it is in the context of medical experimentation, not healthcare or public health interventions, where the issues are different," he said.

"The implicit comparison of a mask mandate to Nazism is ludicrous of course."

Throughout the pandemic, individuals and groups opposed to vaccine mandates and the Covid-19 shots more broadly have invoked the Nuremberg Code. Some of the inaccurate claims debunked by AFP Fact Check are available here and here.