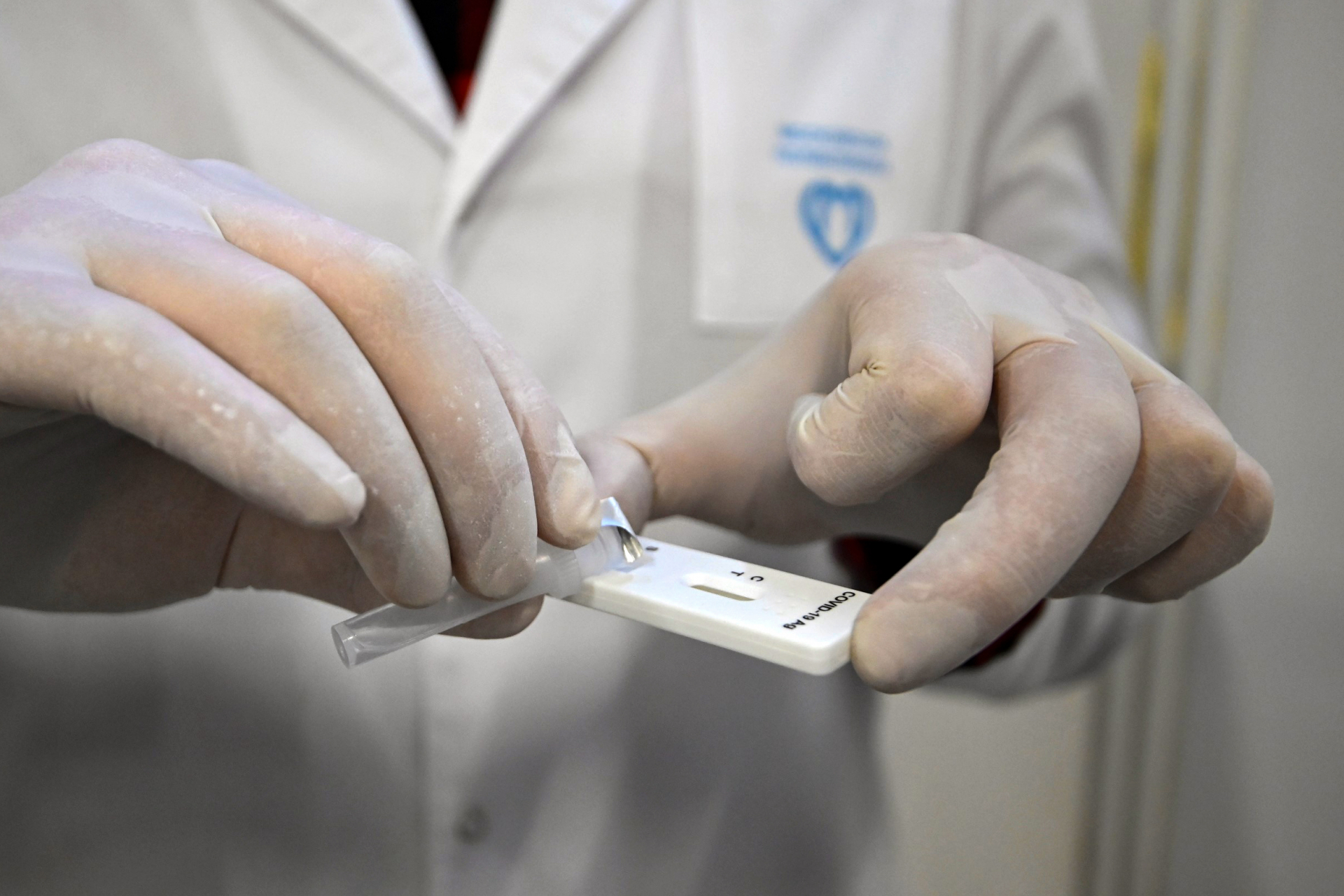 A medical specialist is seen with rapid antigen test for the coronavirus disease on November 11, 2021 ( AFP / Natalia Kolesnikova)

Videos showing misuse of Covid-19 tests mislead on their accuracy

Videos shared on social media show rapid Covid-19 tests giving positive results when exposed to water, suggesting that the kits are inaccurate. But the manufacturers and scientists say the tests were not designed to be used with water, and health officials say they are an important tool to identify cases of the disease.

"Tap water tests positive for covid," says text in a TikTok video shared tens of thousands of times that shows a person holding a test kit under running water and getting an apparently positive result. 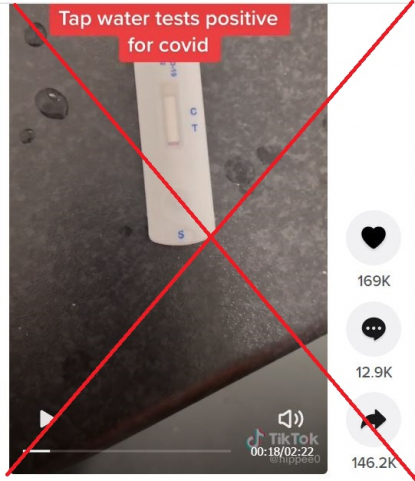 The video also circulated on Twitter, while a similar clip using a different test appeared on Facebook.

Testing is an important part of efforts to contain the deadly Covid-19 pandemic, and US President Joe Biden has announced that half a billion free home tests would be shipped in January 2022 -- part of a series of new measures being taken as the United States battles the latest surge in cases of the disease.

The US Centers for Disease Control (CDC) states on its website that the virus that causes Covid-19 has not been detected in drinking water and does not spread through water. But false positive results from antigen test kits are possible if users do not follow detailed instructions and use water or other liquids, according to researchers and test kit manufacturers.

AFP used a reverse image search to determine that the test featured in the TikTok video was produced by US-based manufacturer Healgen Scientific, LLC, which said test instructions should be strictly followed and that alternative liquids applied could deliver inaccurate results.

"A liquid buffer solution is provided in the test kit to treat the swab specimen for the detection of SARS-CoV-2 (the virus that causes Covid-19). Alternative liquids contain various chemicals or substances that are not compatible with the Rapid Antigen Test's chemistry," it said.

"Failure to follow the test procedure, such as using alternative liquids and/or rapidly adding the test sample without using the provided dropper, may provide false or invalid test results," the company added.

Similar claims related to a rapid test from Abbott Laboratories were debunked by AFP earlier this year, with the company saying the test "is not for use with water or any other foods or liquids."

A study published in the October edition of Microbiology Spectrum, a publication of the American Society for Microbiology, showed how false positives could be generated with antigen tests by using various liquids including soda, fruit juice and water.

The researchers pointed out that "on social media, the misuse of (an antigen testing kit) was propagated by pupils in attempts to miss time in school," generating erroneous results.

"When manufacturer instructions are followed, the expected false-positivity rate would be very low," the scientists wrote.

A separate study published in the International Journal of Infectious Diseases in October offered a similar assessment.

"However, when equal volumes of the buffer and the respective beverages are mixed, there are no false-positive test lines. Deceitful methods may easily lead to misuse of Covid-19 antigen rapid tests and lead to false-positive results; however, this does not prove that these tests are unreliable when performed correctly."

According to the CDC, antigen tests are likely to be less sensitive to the virus than laboratory tests but are useful because they delivery results within minutes. They can be especially valuable in setting such as nursing homes to quickly detect infected individuals.

"This repeat testing has quickly identified people with Covid-19, informing infection prevention and control measures, thus preventing transmission. In this case, and where rapid test turnaround time is critical, there is value in providing immediate results with antigen tests," the CDC says.