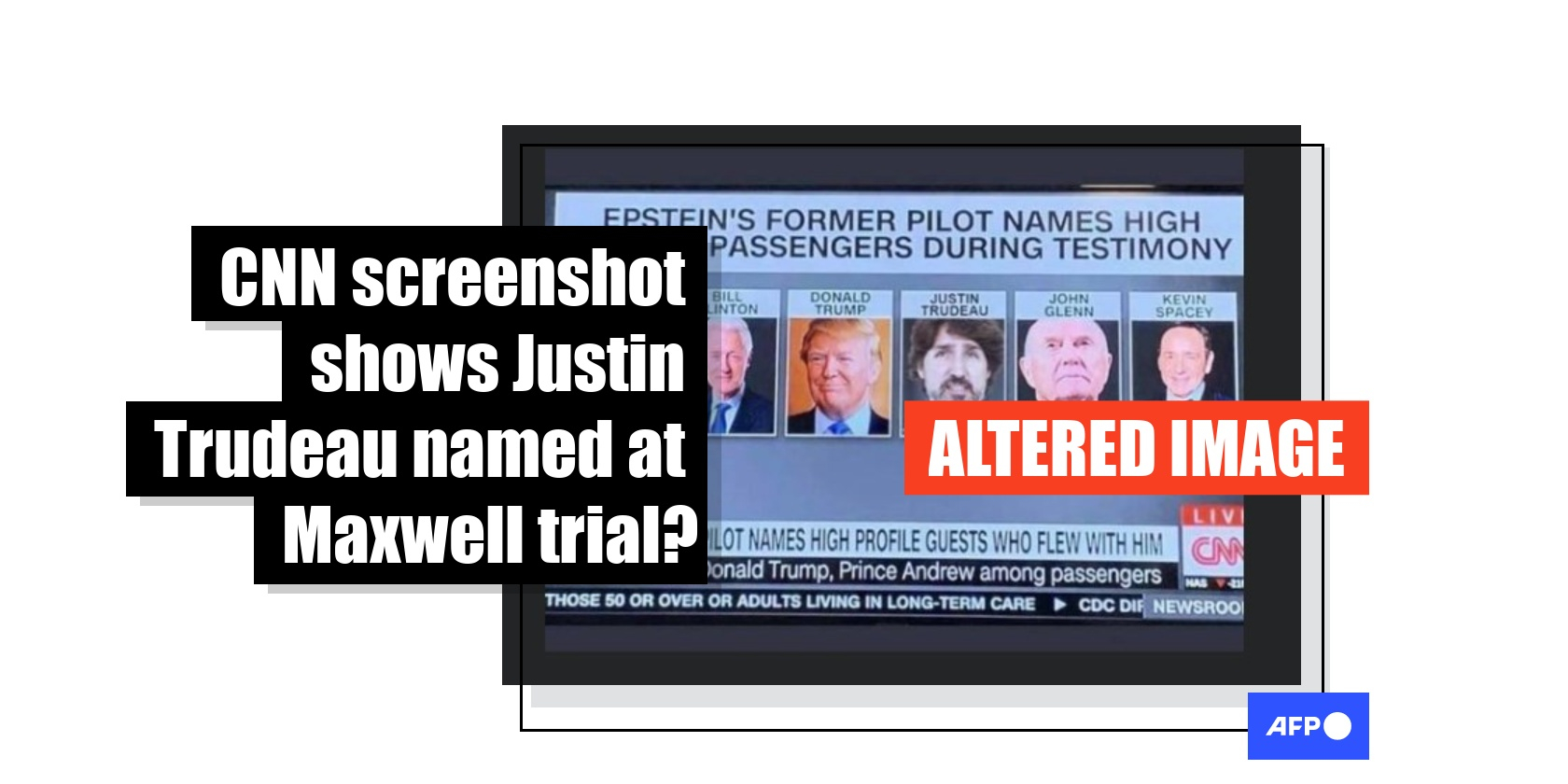 
Social media posts and an online article claim Canadian Prime Minister Justin Trudeau was pictured in a CNN graphic showing people named in court as passengers on disgraced financier Jeffrey Epstein's plane. But the broadcaster says the image is fake, the original version did not include Trudeau, and an AFP journalist confirmed that the politician was not mentioned in testimony by Epstein's pilot.

"Epstein Former Pilot Names High profile passengers during testimony: including Canadian Prime Minister Pedophile Justin Trudeau (Castro)," says the headline of a December 3, 2021 article that includes the alleged graphic showing Trudeau and other prominent people said to have flown on the plane.

The same image, which includes the text "Epstein's former pilot names high profile passengers during testimony," has also been shared thousands of times on Facebook. 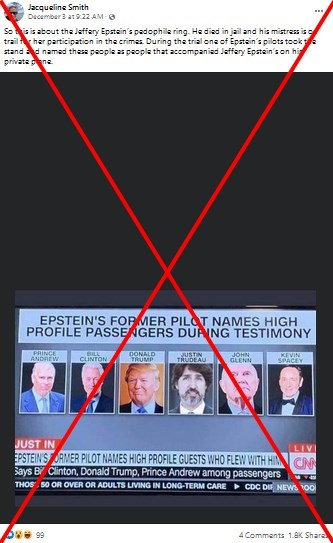 Ghislaine Maxwell is on trial for allegedly procuring teenage girls for sexual abuse by the now-deceased Epstein, and could spend the rest of her life in prison if she is convicted on all six counts she faces. AFP Fact Check previously debunked posts suggesting that the lack of a livestream from the courtroom was part of a cover-up designed to limit public scrutiny of the testimony, and claims that the press is ignoring the trial.

A CNN spokesperson also told AFP that the graphic featuring Trudeau is "fake."

This was confirmed by an archive of the November 30 newscast. The original graphic (found at 10:55am in the archive) pictures former US senator George Mitchell, not Trudeau, and a transcript from CNN's "Newsroom" program shows a journalist said Epstein's pilot testified about "Prince Andrew, former presidents Bill Clinton and Donald Trump, senator George Mitchell and John Glenn and actor Kevin Spacey." 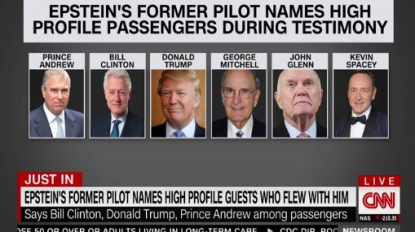 Screenshot taken on December 13, 2021 of an archived CNN video

The CNN article describing the hearing also makes no mention of the Canadian prime minister. Nor does coverage from other major broadcasters in the US and the UK.

Trudeau's office did not reply to a request for comment on the claim.