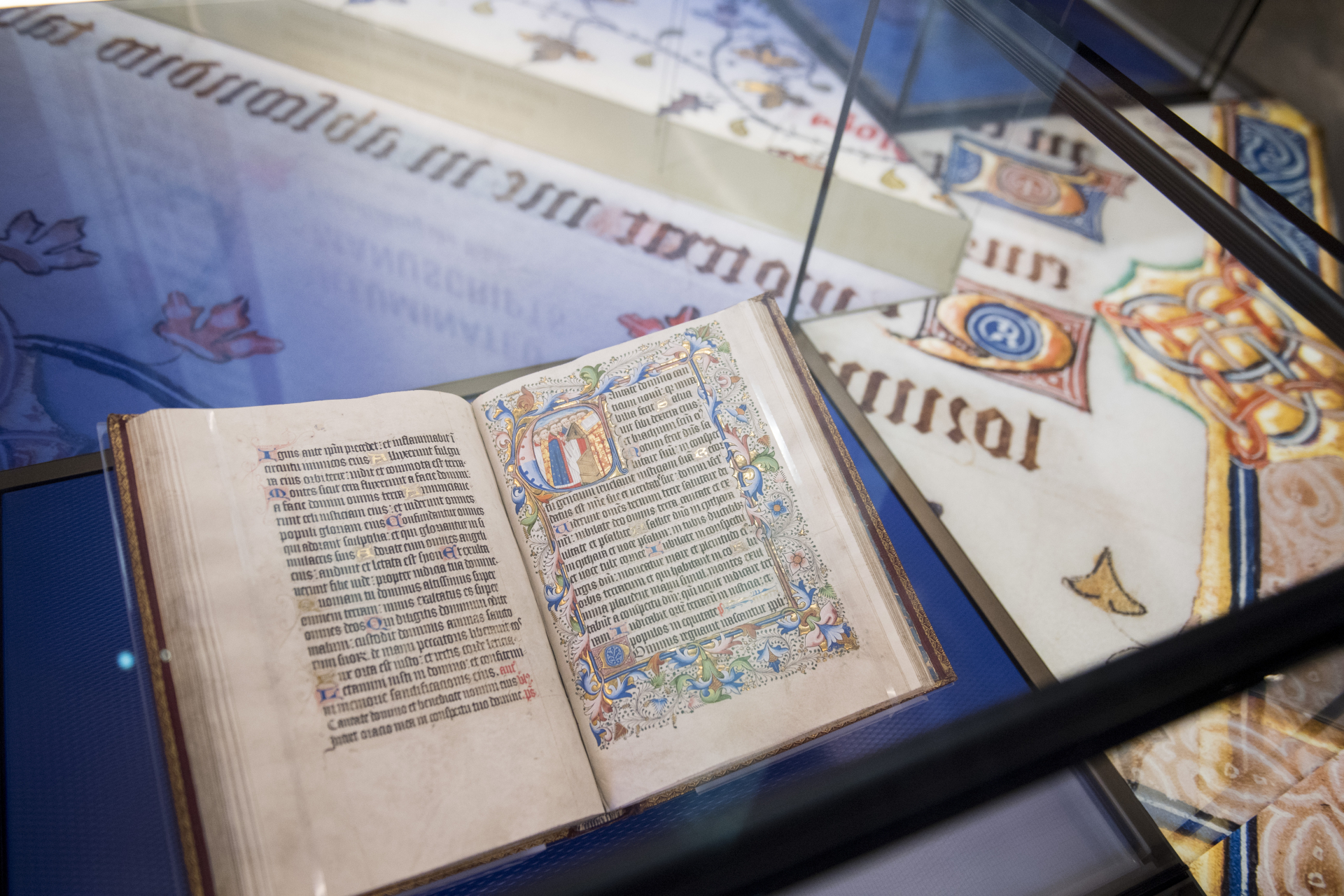 Social media posts claim that Congress printed the first Bible in America for use in public schools. But experts say that while legislators signed off on the first English-language printing of the book in America, they did not suggest distributing it to schools, and an earlier publication in a Native American language preceded it by more than a century.

"The first Bible printed in America was printed by Congress for use in our PUBLIC SCHOOLS," says a November 25, 2021 Facebook post. 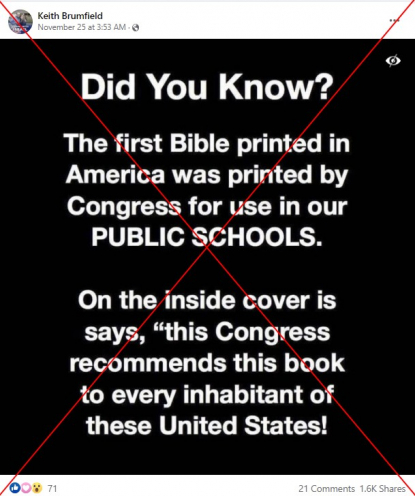 More examples of the claim, which has been circulating for at least a decade and has been used to question the long-held principle of separation of church and state in the United States, appeared here, here and here.

The first Bible printed in America was published in the Wampanoag language in 1663, and the post is referring to the "Aitken Bible," produced in 1777 by Robert Aitken, which was the first version printed in English, he said.

In September 1782, a special committee reported to Congress that Aitken had, at his own expense, completed the book with "great accuracy," and Congress recommended the version as "subservient to the interest of religion, as well as an instance of the progress of arts in this country.”

"Aitken was permitted to publish it 'in the manner he shall think proper,'" but Congress's recommendation "neither mentions nor advocates (nor prohibits) the use of the Bible in schools," Kloha said.

"It was not the first Bible printed in America. It was the first full English language printing of the Bible in America," he said, adding that he is "not aware of any statement regarding schools."