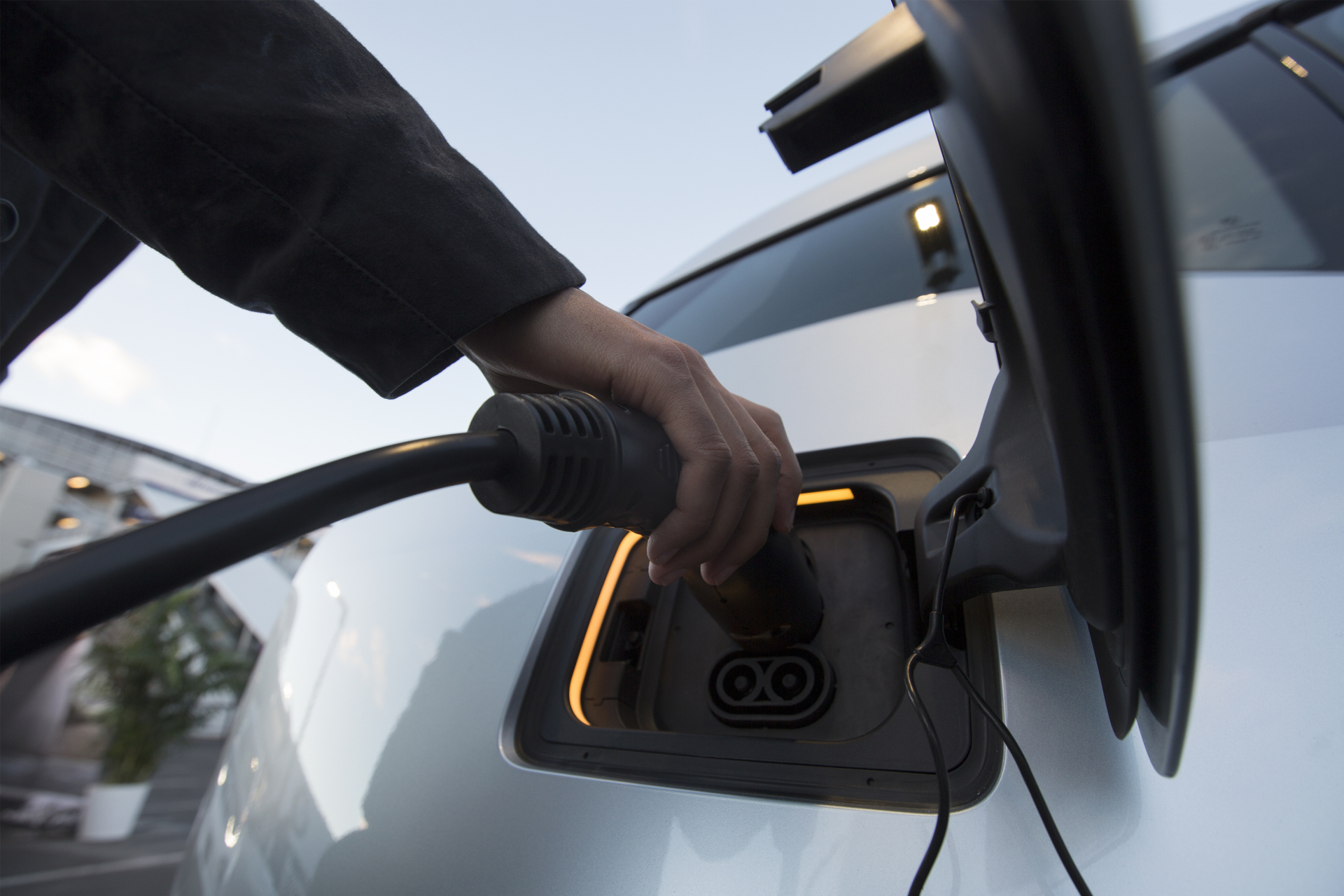 A BMW i3 electric car is plugged into a charging station at the CES 2016 Consumer Electronics Show on January 8, 2016 in Las Vegas, Nevada ( AFP / DAVID MCNEW)

"Just pretend you don't see the big-ass diesel generator in the background, while you charge your electric car and save the world," says the caption of a photo of an EV charging station in front of a fenced-off generator shared in a November 15, 2021 Facebook post. The image is being shared following pledges at the COP26 climate summit in Glasgow by several countries and carmakers to progressively phase out internal combustion-only vehicles in the coming decades.

A reverse image search on TinEye leads to a November 11, 2021 Reddit thread discussing the same picture.

Many commenters doubt the claim that the generator is used to power the EV charging station, and one user mentions that it is located near the airport in El Paso, Texas.

This website, which shows a map with various EV charging station locations, includes a special note to say: "These chargers are not run off the diesel generator near the units. That generator is used as back up power for the building."

Contacted by AFP, a spokesperson for Blink, the company listed on the EV charging station, said: "The charging station is not powered by the diesel generator or connected to it.

"To our knowledge, the generator is for emergency lighting and other amenities for the parking lot only and is designed for backup power for the terminal. The generator is not in operation unless there is an emergency, and the main power is off."

The El Paso International Airport and Kohler, the generator's manufacturer, had not responded to AFP's request for comment by the time of publication.

According to the US Energy Information Administration (EIA), petroleum-fired electricity generation is virtually absent from Texas' power grid. Instead, most of the state's electricity comes from natural gas. 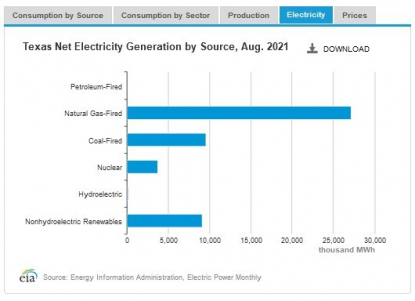 Screenshot taken on November 24, 2021 of an EIA chart on power generation in Texas

In general, cars using electricity for power have a smaller carbon footprint than gasoline-powered cars. But reductions in emissions compared to conventional vehicles will vary depending on the type of car and type of driving, as well as whether a country or region is more reliant on fossil fuels such as coal than on renewable energies such as solar or hydroelectricity.

There are three main types of cars using electricity as a fuel: fully electric (EV), hybrid, which uses both an internal combustion engine and a battery, and plug-in hybrid (PHEV), which allows the user to plug the car into a power source to recharge the battery.

The greenhouse gases (GHG) emissions of these cars will vary depending on the energy mix of the area where it is used.

The US Department of Energy says on its website: "In geographic areas that use relatively low-polluting energy sources for electricity generation, PHEVs and EVs typically have lower emissions well-to-wheel than similar conventional vehicles running on gasoline or diesel." But in regions still relying on coal for electricity, the benefit is reduced.

An online tool on the same page allows the user to select a specific state to estimate emissions depending on the state's energy mix and compare their performance to plug-in hybrid, hybrid and gasoline powered cars, as well as to the national averages. 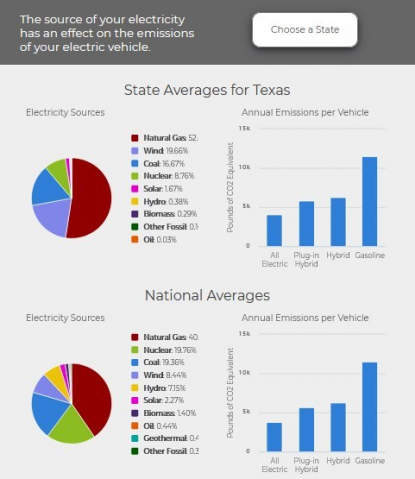 Screenshot taken on November 24, 2021, of a chart showing average emissions of an electric vehicle in Texas

The Canadian government also provides a breakdown of CO2 emissions by vehicle and province here. For example, a hybrid vehicle is the best performer in a province with a fossil-fuel heavy power grid such as Alberta, but driving an electric car in a province running mostly on renewable energy such as Quebec emits almost no CO2.

The US Environment Protection Agency (EPA) says on its website: "Electric vehicles typically have a smaller carbon footprint than gasoline cars, even when accounting for the electricity used for charging.

"The greenhouse gas emissions associated with an electric vehicle over its lifetime are typically lower than those from an average gasoline-powered vehicle, even when accounting for manufacturing."

AFP has fact-checked other claims about electric vehicles here, here and here.