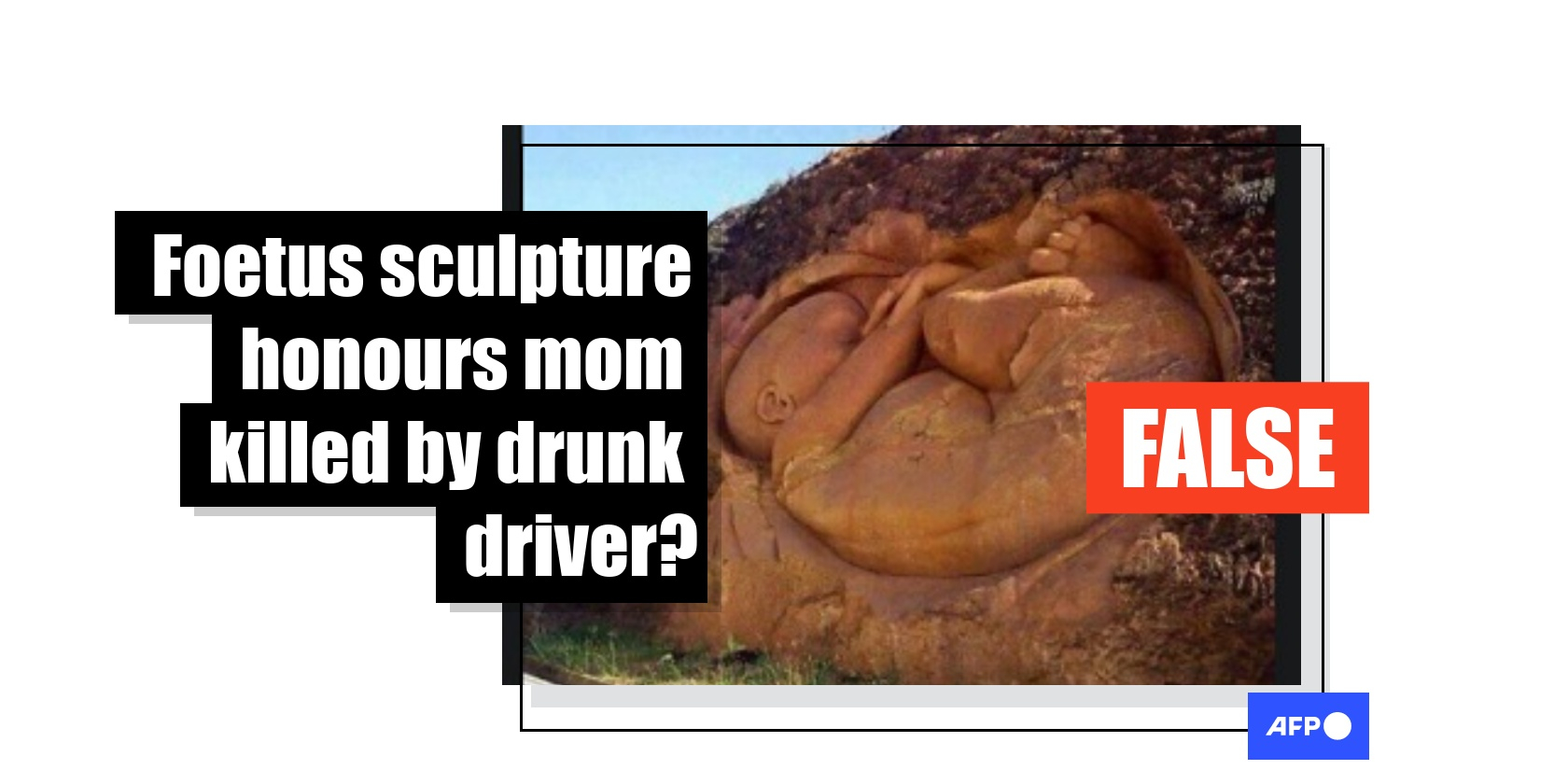 An image of a foetus carved into a roadside embankment has been circulated in social media posts claiming that it shows a sculpture made by a man whose wife and unborn child were killed by a drunk driver. However, the claim is false: the artwork in Antioquia, Columbia, was created by a student in 2012 as part of a university project commemorating victims of the country’s turbulent 1990s.

Pictures of the sculpture have been circulating online alongside the claim since at least 2016, according to social media monitoring tool CrowdTangle.

But the claim has spread more recently in various countries, including Nigeria, Kenya, India, Singapore, and the United Kingdom.

The online posts largely repeat the same story: they attribute the roadside artwork to an unknown man whose pregnant wife was killed by a drunk driver. Screenshot taken on November 2, 2021, showing one the of the false posts

However, this is false.

A reverse image search found a similar image in a tweet from 2016 crediting Dubian Monsalve for the sculpture called “Pregnant Mountain”. AFP Fact Check found Monsalve’s Instagram page, where he describes himself as an artist.

In a 2015 interview on a Catholic news website called ACI Prensa, Monsalve talks about the Pregnant Mountain sculpture in Colombia. 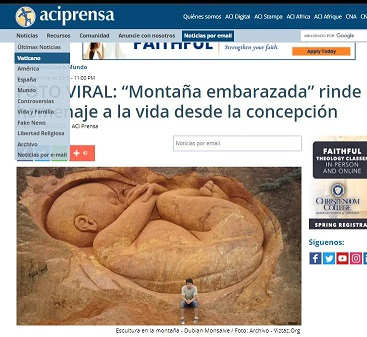 Screenshot taken on November 2, 2021, showing the article on the Catholic website

AFP Fact Check contacted Monsalve, who confirmed that he created the artwork in 2012 as a tribute to victims of violence in Colombia during the 1990s.

“This work is in memory of those who were dispossessed of their land and their lives,” reads part of Monsalve’s email translated into English.

Colombia was a battleground in the last decade of the 20th century as drug wars, government corruption and guerilla insurgencies claimed the lives of thousands and displaced seven million people.

Monsalve also denied his memorial was a tribute to a pregnant woman killed by a drunk driver.

He said that the work was part of his degree project with the National University of Colombia, in Medellin.

“This sculpture that was created in 2012 was part of my degree project called ‘Mi Casa es de Tierra’ (My House is Made of Soil),” he said. “The work still exists and is located in the municipality of Santo Domingo, Antioquia department (Colombia).”

Monsalve told AFP Fact Check that the work was named "Pregnant Mountain" by the community.

Since the completion of the work nearly a decade ago, the site has become a tourist attraction. AFP Fact Check found a YouTube video of a biker who travelled to the municipality of Santo Domingo to see the artwork.

Monsalve now hopes to raise funds to restore his sculpture next year.

“In the year 2022 the sculpture will be 10 years old, and at this moment I am collecting funds to be able to carry out maintenance and restoration of the work so that it can continue to be appreciated.”