Skip to main content
This aerial photo taken on October 29, 2021 show smokes and fires from Thantlang, in Chin State, where more than 160 buildings have been destroyed caused by shelling from Junta military troops, according to local media. ( AFP / STR)

A video has been viewed hundreds of thousands of times in Facebook and TikTok posts that claim it shows a burning village in Myanmar in October 2021. However, the video -- which social media users mistook for a Burmese army attack on Thantlang town -- shows a fire in Cambodia in 2019.

The video, which shows plumes of smoke rising from burning buildings, was shared on October 31 in a Facebook post, where it has been viewed more than 290,000 times.

After around thirty seconds, the video cuts to a different clip of people crying. 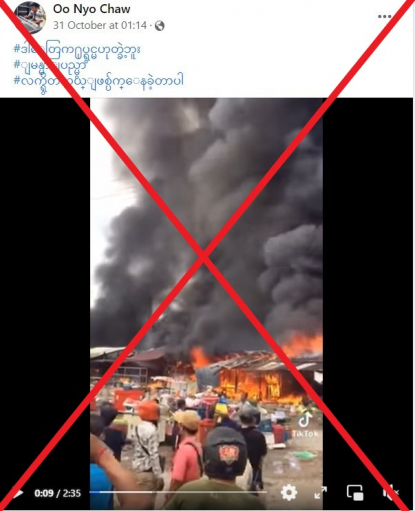 The post circulated as local media and witnesses reported that junta troops shelled the town of Thantlang after a confrontation with a local defense force.

A fire then engulfed the town, destroying dozens of homes and structures.

AFP could not independently verify the reports from the remote region.

So-called "people's defense forces" (PDF) have sprung up across the country to take on the junta -- which seized power in February's coup -- escalating attacks and bloody reprisals.

"I am so sorry we can't do anything for Thantlang except speak out", one social media user commented on the Facebook post.

The same video was shared in similar posts here on Facebook and here and here on TikTok.

However, the video has been shared in the wrong context.

Keyword searches found the clip of the buildings on fire posted on Facebook on October 31, 2019 by a Cambodia-based account.

Kampong Som is a coastal city in Cambodia.

Below is a screenshot comparison of the video shared in misleading posts (left) and in the 2019 Facebook post (right). 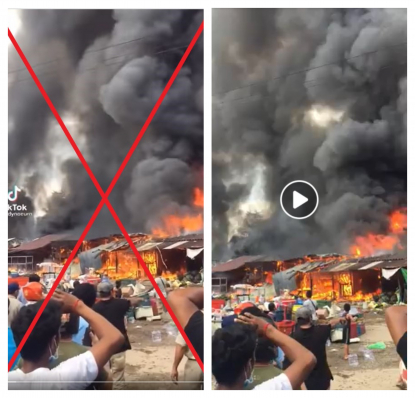 An AFP journalist in Phnom Penh said that people in the video can be heard speaking in Khmer.

Identical images of the fire were published in a report by Cambodian news site Knongsrok on the same day.

AFP ran keyword searches on the latter part of the video, which shows people crying, and found it circulating online months before the reported attack in Thantlang town in October.

The clip was shared on May 5 in a Burmese-language Facebook post that reads: "On May 2, 2021, RCSS destroyed 44 houses in Manli village in Namtu township".

RCSS refers to Restoration Council of Shan State, an ethnic armed organisation based in eastern Myanmar.

RCSS forces clashed with the ethnic militia Ta'an National Liberation Army in May in Namtu township, The Irrawaddy reported.

Below is a screenshot comparison of the video with the false claim (left) and the video from May 2019 (right). 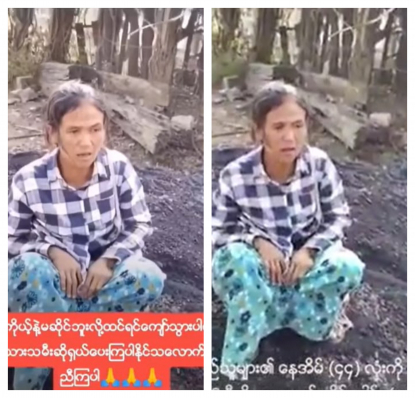