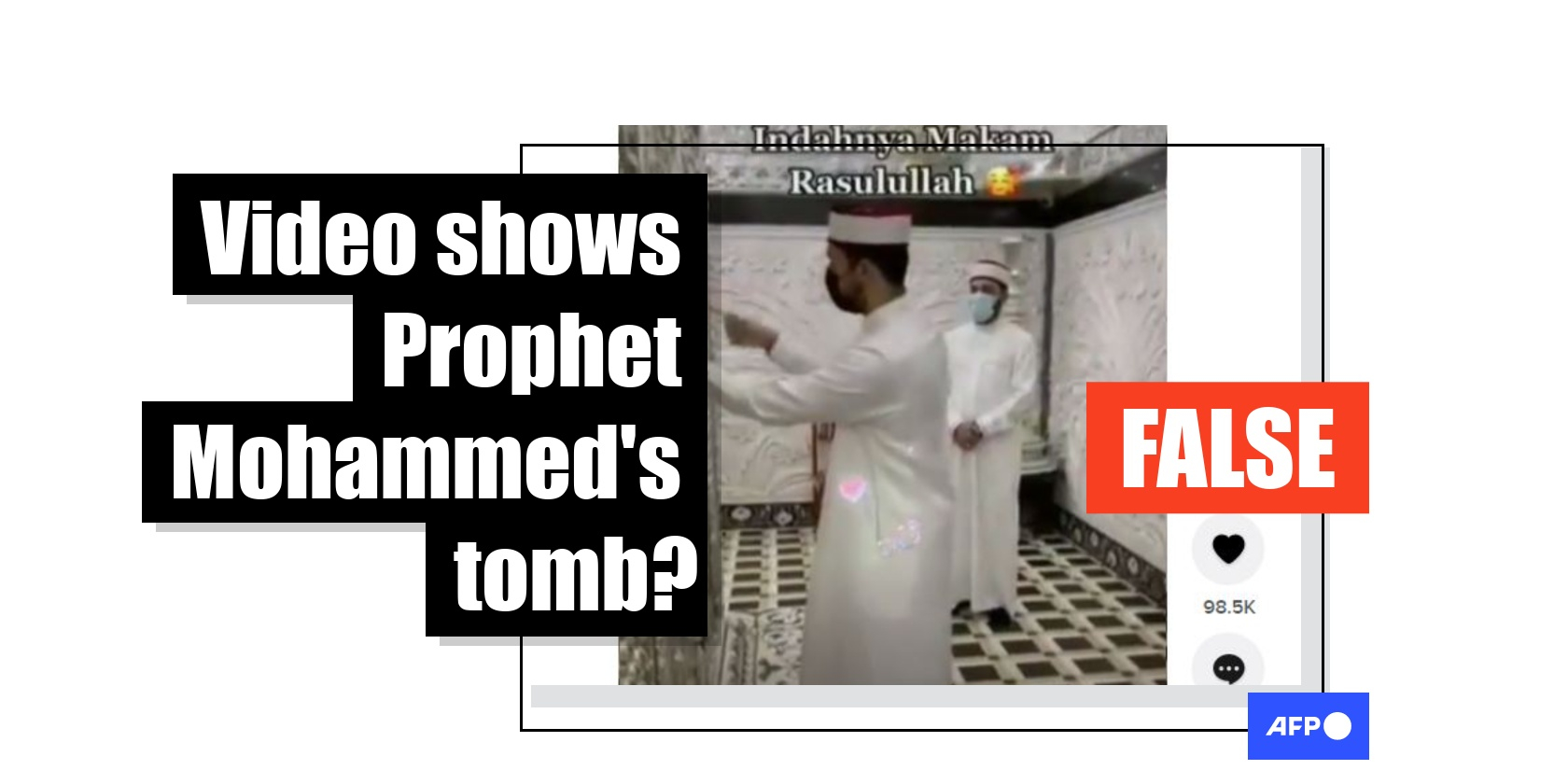 This video shows a shrine of a Sufi master in Baghdad

A video has been viewed over a million times on multiple platforms alongside a claim that it shows Prophet Mohammed’s tomb. The claim is false: the video actually shows the shrine of Sufi master Abdul Qadir Al-Jilani in Iraq.

The three-minute video, which shows several men praying in front of a tomb, was posted here on TikTok on October 21, 2021.

It has been viewed more than 1.2 million times. 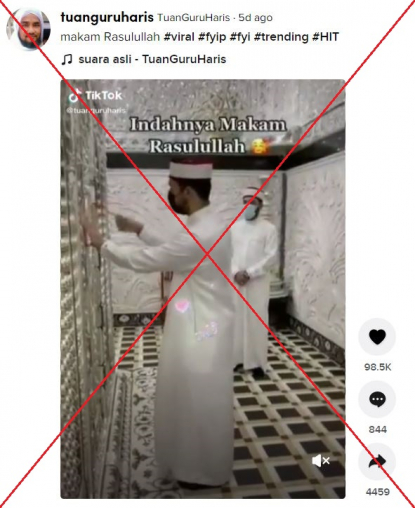 The text overlaid on the video reads: "The beauty the Prophet's Tomb".

A combined Google reverse image and keyword search found a longer video was posted here on YouTube on August 22, 2021.

Translated from Arabic, the video's title reads: "The Holy Shrine + Abdul Qadir Al-Jilani - May his soul rest in peace."

Abdul Qadir Al-Jilani is a Sufi master who died in 1166 and buried in the Iraqi capital, Baghdad.

The shrine's location can be seen on Google Maps here.

At the 43-second mark in both clips, a blue cloth with Arabic text can be seen covering the tomb.

Translated to English, it reads: "Under the guidance of the president of Turkey Recep Tayyip Erdogan, this shrine’s curtain was offered as a present to [cover] the tomb of Abdul Qadir Al-Jilani by the Turkish Cooperation and Coordination Agency TIKA after being prepared in Istanbul in 1440 Hijri”.

Below is a screenshot comparison between the video in the misleading post (L) and the genuine video on YouTube (R): 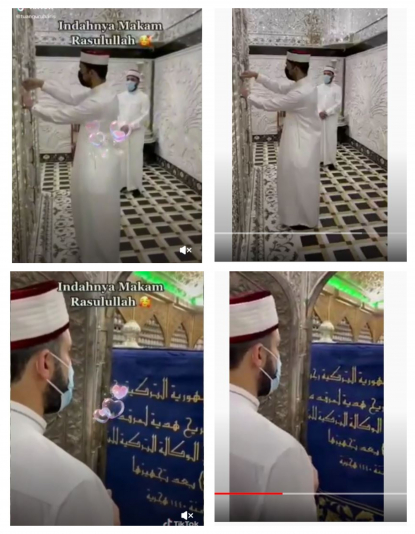 Another video in higher definition, posted on YouTube here on August 18, 2021, shows the same scenes as the clip in the misleading post.

The title reads: "Look at the opening of the shrine of the king of Sufi masters Sheikh Abdul Qadir Al-Kilani."