Three pictures — one of trucks loaded with missiles, another of tanks and a third showing jets flying over a building — have been circulating on Facebook in Ethiopia with claims that they show a recent military exercise in Eritrea. But the claims are false: AFP found that the post uses old, unrelated images.

The photos, published in a Facebook post on October 19, 2021, have been shared nearly 300 times and drawn thousands of likes.

“Breaking news: the Eritrean Defense Forces have completed the so-called special military exercise. They are ready for everything,” the post reads in Amharic. 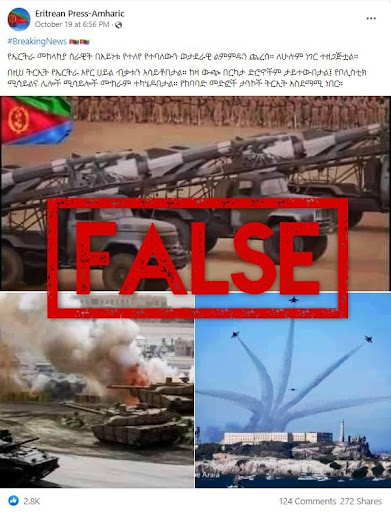 It further claims that the exercise demonstrated the Eritrean Air Force’s capabilities and showed off their arsenal of “several drones, ballistic and other missiles”. The post then lauds a “spectacular exhibition of heavy artillery tanks”.

Eritrea has been at the centre of the nearly year-long conflict in Ethiopia's northern region of Tigray. The governments of Ethiopia and Eritrea long denied any involvement of Eritrean forces in the conflict, which erupted in November 2020. But in March 2021, Ethiopian Prime Minister Abiy Ahmed admitted that troops from the neighbouring country were in Ethiopian territory. 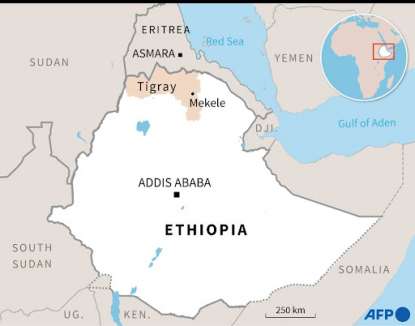 However, the claims that the images were taken during a recent military parade in Eritrea are false.

While the first image of trucks loaded with missiles does show Eritrean military equipment, Yemane confirmed that the photo was taken at a defence training centre in Sawa during the graduation ceremony of the “32nd Round of National Service” in August 2019.

Eritrean media outlet Tesfa News covered the event in an article published on August 2, 2021. The trucks seen in the Facebook post are visible one hour into a YouTube video embedded in the story. 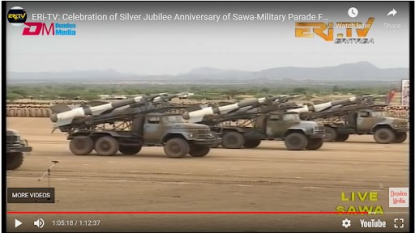 “The vehicles shown are carrying Frog (or S-112) rockets. These were captured in the mid-1980s from the Derge's army. These are ground to air rockets with a range of 20-25 Kms,” Yemane said.

According to the caption, the photograph — credited to AFP — captures a military display at the International Defence Exhibition and Conference (IDEX) in the Emirati capital, Abu Dhabi.

The picture was indeed taken by AFP photographer Karim Sahib on February 19, 2017. It shows Emirati armed forces at the opening ceremony of IDEX, not the Eritrean military.

While AFP Fact Check was unable to trace the exact image of the jets flying over a building, our search revealed another similar photograph on the Alamy stock photography agency’s website.

According to the caption, the photo shows the “Blue Angels” of the US Navy flying over Alcatraz Island in San Francisco on October 8, 2021.

Although the images aren’t identical, noticeable details such as the light house on the right and the water tank on the left suggest both images were captured in the same location during the demonstration of the Blue Angels.

AFP Fact Check contacted the US Navy for more details about the performance and will update this fact check accordingly.