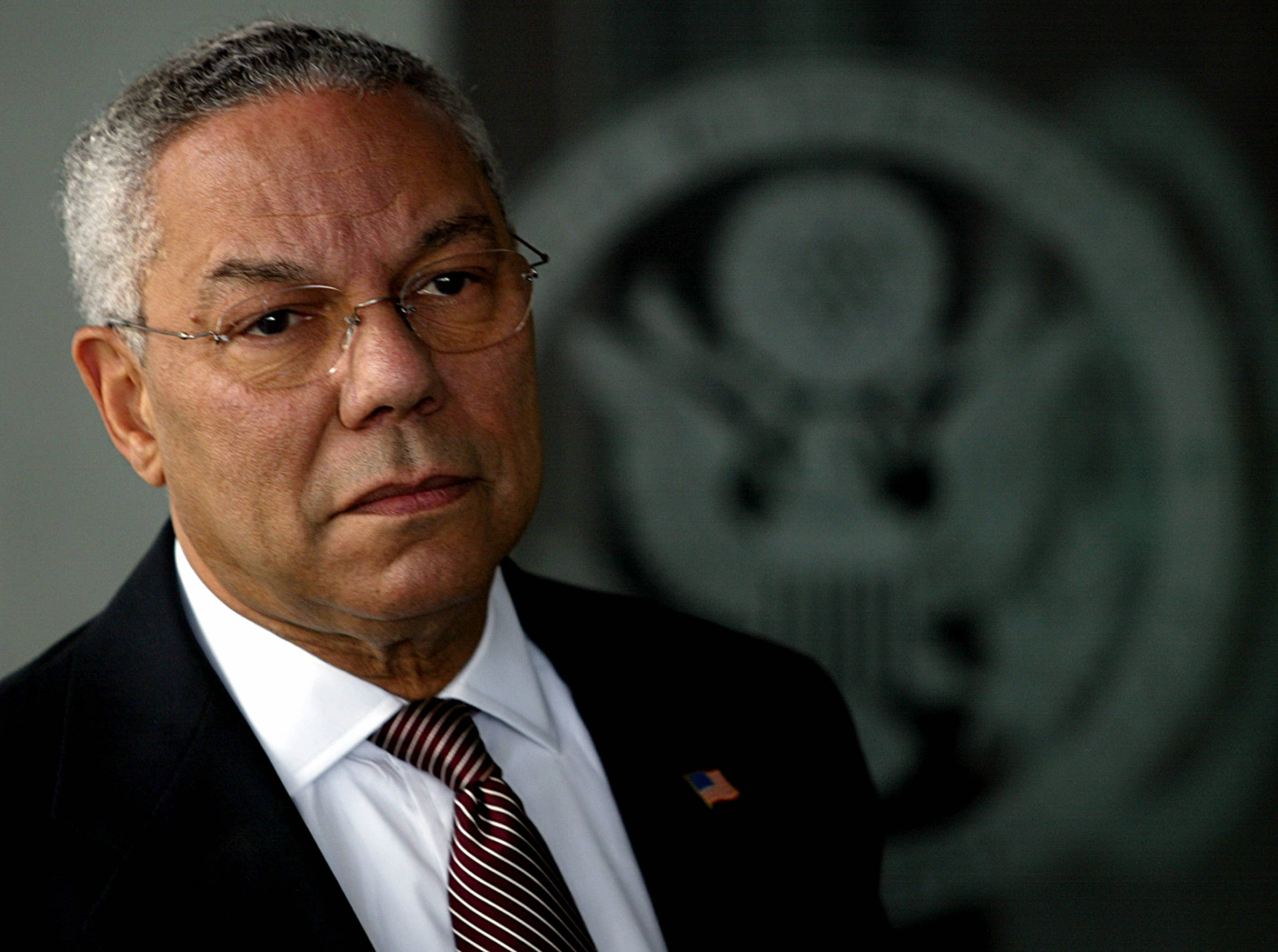 Colin Powell listens to a question from a reporter outside the front doors of the State Department in Washington, DC on September 8, 2003 ( AFP / Tim Sloan)

Social media posts claim that Colin Powell's death from complications caused by Covid-19 means vaccines against the disease are ineffective. This is misleading; Powell had a type of cancer that experts say undermines the efficacy of the shots, and data shows his age left him especially vulnerable.

"PROOF this Vaccine does NOT EVEN WORK, or-and is NOT EVEN a REAL VACCINE," says a Facebook post sharing an article about the retired four-star general and former secretary of state's death.

Powell, a trailblazer in the military and US government, who nevertheless saw his legacy tarnished when he presented what turned out to be unfounded evidence supporting the case for war in Iraq in 2003, died on October 18 at Walter Reed National Military Medical Center.

The 84-year-old was fully vaccinated, his family said in a statement, making him one of the most high-profile US public figures to die of a breakthrough infection.

Opponents of the shots seized on that disclosure as evidence that the vaccines do not work -- a claim that appeared on Facebook here and here, Instagram here and Twitter here, here and here.

But in what might have been his last interview, Powell told journalist Bob Woodward that he had two very serious underlying conditions, multiple myeloma and Parkinson's disease. The interview was aired on CNN the day Powell's death was announced.

Kathy Giusti, founder of the Multiple Myeloma Research Foundation, told AFP that Powell was diagnosed before he was scheduled to speak about surviving prostate cancer at a foundation event in 2019. He shared his multiple myeloma diagnosis with the attendees "and connected with every patient, caregiver and doctor in the room," she said.

Just because a fully vaccinated person dies does not mean that Covid-19 vaccines are not working, said Onyema Ogbuagu, an infectious diseases specialist at Yale School of Medicine.

Powell was especially vulnerable because of myeloma, a blood cancer that affects plasma cells that help produce antibodies against harmful pathogens.

"If you had to choose a medical condition that would severely impact or diminish your response to vaccines, it would be multiple myeloma," said Ogbuagu.

"We have data from published reports that people with multiple myeloma don't respond very well," he said. Powell had a condition that "severely limited his ability to mount a response to the vaccine... he's an outlier, unfortunately."

Not only do multiple myeloma patients often mount a poor antibody response to Covid-19 vaccination, Icahn School of Medicine at Mount Sinai researchers "discovered that these patients also have a weak response from a different part of the immune system, known as T cells," an October 18 statement said.

Samir Parekh, a co-author of the Mount Sinai study, said that treatments for myeloma patients can make them even more immunocompromised.

However, study results showed that the shots still offer protection, he said. "There's no question that the vaccines work."

Texas A&M University College of Medicine's Jason McKnight also addressed the claim circulating online, saying that "many conspiracy and anti-vaccine groups attempt to utilize 'breakthrough infections' as a way to invalidate the usefulness of the Covid-19 vaccines."

"However, though the risk of hospitalization or death from Covid-19 in a fully vaccinated person is very low, when you are talking about millions of infections, you will still see a few individuals unfortunately die from the disease."

It is well known that immunocompromised individuals "tend to have lower antibody responses to the vaccination," McKnight said.

"While vaccination is the best tool we have right now to prevent serious disease as well as minimize transmission, this case continues to illustrate how important it is for individuals with chronic health conditions or who are in overall poor health to continue to socially distance, wear a mask, and make all attempts to minimize exposure possible."

According to the US Centers for Disease Control and Prevention (CDC), out of more than 187 million fully vaccinated people in the United States, there have been less than 32,000 "breakthrough infections" that resulted in hospitalization or death.

But data released by CDC shows that the elderly are more vulnerable to Covid-19, even if they are vaccinated -- and Powell's age put him in that high risk group.

Since the start of the pandemic, AFP Fact Check has debunked more than 1,100 false or misleading claims about the virus and the vaccines.