A photo has been shared thousands of times in Facebook posts that claim it shows a mosque in Bangladesh that was "vandalised by Hindus" in a spate of religious unrest in October 2021. The posts are misleading; the picture has circulated in reports from 2016 about a mosque that was targeted in the city of Cumilla, although there have been no official reports on the identity of the vandals.

"Under whose shelter did the Hindus enter a mosque in Cumilla, tear up the Koran and leave their excrement?" reads the Bengali-language post in part.

"In a mosque in Dhanyadaul village of Brahmanpara Upazila of Cumilla, there were reports of defecation and urination, tearing of 25/30 Quran Sharifs, vandalism of Koran and windows of the mosque." 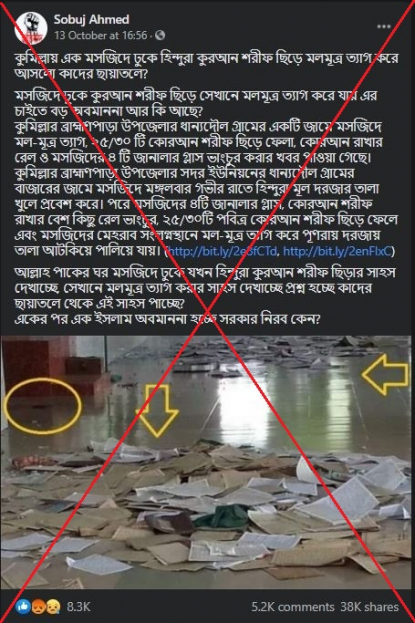 Bangladesh saw an outbreak of violence targeting religious minorities in mid-October after footage emerged online that appeared to show a Koran being placed on an idol's lap at a Hindu festival in the southeastern district of Cumilla.

The image was shared in similar Facebook posts here, here and here.

A reverse image search on Google found a wider version of the image shared in a Facebook post in 2016.

The post's caption reads: "Leaving excrement in the mosque in Cumilla, insulting the Koran!"

"In a mosque in Dhanyadaul village of Brahmanpara Upazila of Cumilla, there were reports of defecation and urination, tearing of 25/30 Quran Sharifs, vandalism of Quran and windows of the mosque". 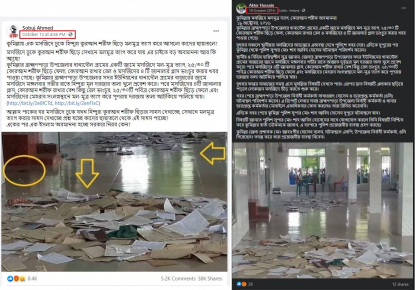 It described the alleged perpetrators as "unidentified miscreants".

AFP could not locate any report about the alleged mosque attack in October 2021 in mainstream Bangladeshi media outlets.