An image of women wearing dark robes has been shared thousands of times on Facebook with a claim that it shows a group of Africans, also known as “Nubian Chinese”, who first inhabited the Japanese islands in 35,000 BC. But this is false: the photo was taken in about 1904 at the Taktsang monastery in Bhutan and shows a group of Tibetan nuns.

“At about 35,000 b.c a group of African/Nubian Chinese, later known as the Jomon, took this route and entered Japan, they became the first humans ever to inhabit the Japanese Islands (sic),”  reads the Facebook post, which has been shared more than 19,000 times since September 14, 2021. 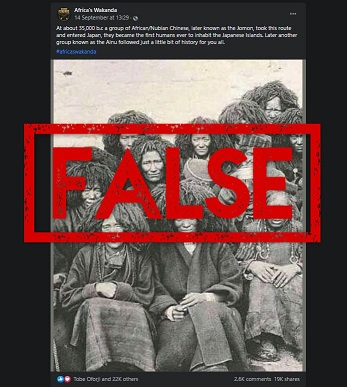 The photo also circulated on other pro-African accounts, including here and here, with the same claim.

Nubians are an ethnolinguistic group of people who are indigenous to southern Egypt and northern Sudan.

The image, however, has been used in a false context and is unrelated to Japan or the Jomon people who settled in the Asian country. 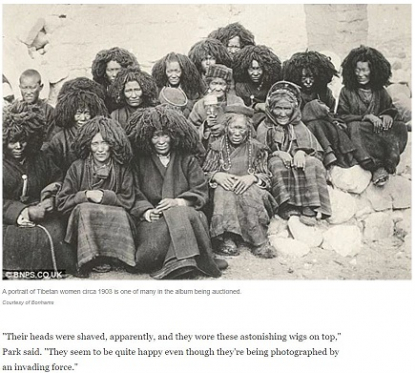 Screenshot taken on September 23, 2021, showing the photo on NPR’s website

The NPR article described a collection of photos, which show some of the hidden histories of China’s autonomous region of Tibet more than a century ago. Tibet is located in southwest China and is known as the “roof of the world” because the region occupies a vast area of high mountains and plateaus.

“A portrait of Tibetan women circa 1903 is one of many in the album being auctioned,” reads NPR’s caption of the photo with credit given to UK-based art auctioneer Bonhams.

AFP Fact Check found the image was indeed auctioned in London by Bonhams, as well as on the website of global art archive Bridgeman Images. 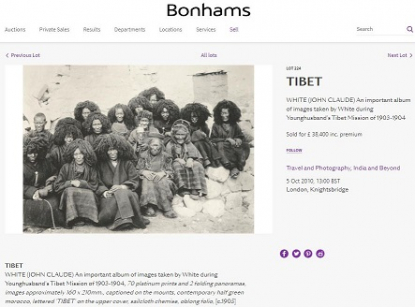 Screenshot taken on September 23, 2021, showing the photo on Bonhams’ website

“Group of nuns at the Taktsang monastery, Bhutan, 1904,” reads the caption on the black and white photo, which was taken by John Claude White during the Younghusband Expedition of 1903 to 1904.