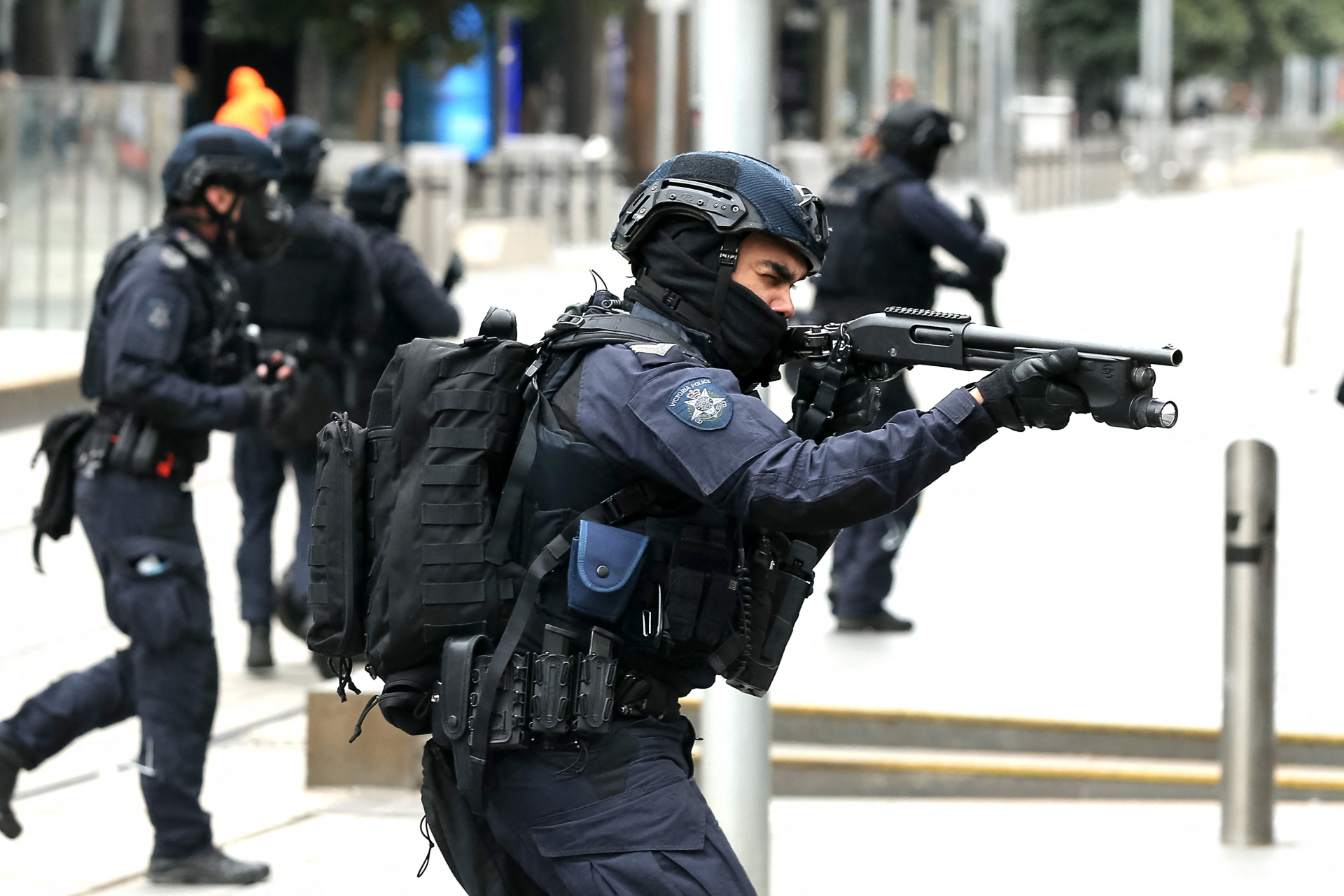 Anti-riot police try to disperse demonstrators marching on the streets to protest against Covid-19 regulations in Melbourne. ( AFP / CON CHRONIS)

A social media post from an Instagram page named "7newsvictoria" claims Australians who "are not vaccinated by the end of the year will be put into isolation camps". But the image -- which has been shared repeatedly on Facebook -- is a hoax. The Australian Health Department told AFP the claim was false. Australian broadcaster 7NEWS said the now-deleted Instagram page does not belong to them.

The claims were shared by a New Zealand-based user here. 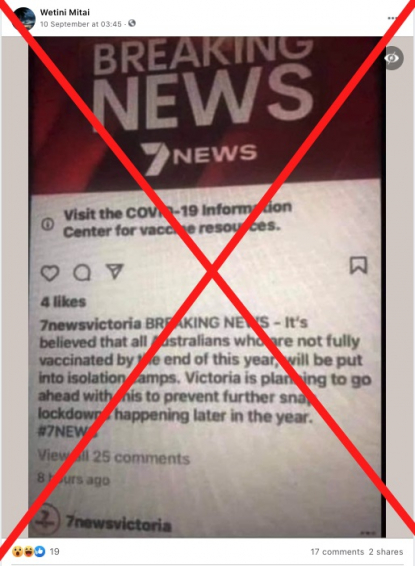 A screenshot of the post featuring the hoax news alert. Taken September 27, 2021.

The post features what appears to be a screenshot of a breaking news alert from Australian broadcaster 7NEWS.

It reads: "It’s believed that all Australians who are not fully vaccinated by the end of this year, will be put into isolation camps. Victoria is planning to go ahead with this to prevent further snap lockdowns happening later in the year".

The screenshot has been shared by other social media users on Facebook here and here.

However, the purported "alert" is a hoax.

"The Seven Network only has one TV news brand in Victoria, and that is '7NEWS Melbourne'," the spokesperson said in a statement.

In an email to AFP on September 24, the Australian Department of Health said the claims in the post were "false".

It said quarantine facilities were being used for travellers from overseas and some domestic travellers.

"The Australian Government is collaborating with state and territory governments to design and build managed quarantine facilities. These are intended to support the quarantine of returning international travellers," the spokesperson said.

"In some cases the facilities will support domestic travellers who are travelling from high-risk areas to areas with no or low community transmission, whilst quarantine is required for the COVID-19 response".

Facebook posts featuring images of Australian quarantine facilities alongside claims that Australia is becoming "the largest concentration camp in the world" have previously circulated online.

However, the images -- which show the Northern Territory’s Howard Springs quarantine facility for international and interstate travellers -- have been shared out of context. The claim was debunked in this AFP fact check.

The claim circulated online as parts of Australia went into lockdown after outbreaks of the highly-contagious Delta variant of Covid-19.

In response to the crisis, health authorities have encouraged Australians to get vaccinated.

In the state of Victoria, a mandate for construction workers to get a Covid-19 vaccine sparked protests in Melbourne.

Authorities in New South Wales, Victoria and the Australian Capital Territory have announced plans to lift the lockdowns if their states hit their respective targets for Covid-19 vaccination.