A graphic video has been viewed tens of thousands of times in multiple social media posts alongside a claim it shows the Taliban executing Rohullah Azizi -- the brother of former Afghan vice president Amrullah Saleh -- in 2021. The video has been shared in a misleading context: it has circulated online for at least a decade.

The video was published here on Facebook on September 17, 2021.

The video shows someone firing a rocket-propelled grenade at another man.

A group of men -- some of whom are armed -- can then be seen celebrating the execution. They can be heard shouting in Arabic "Allahu Akbar" -- meaning "Allah is the greatest". 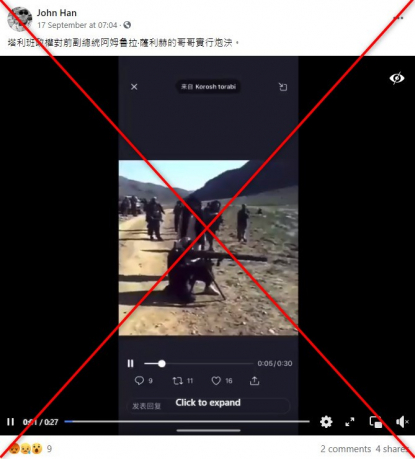 His nephew Edabullah Saleh told Reuters that Azizi had been executed on September 9. Another nephew, Shuresh Saleh, told the Associated Press that his uncle and his driver were shot dead after being stopped at a Taliban checkpoint.

An identical video was also shared alongside a similar claim on Twitter here and here.

The video was shared in a misleading context. It has circulated online since at least 2011.

A reverse image search on Google found a screenshot of the video published here on a WordPress site called Pakconnect on August 26, 2011. 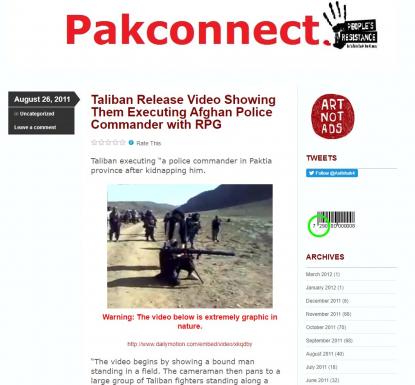 A screenshot, taken on September 24, 2021, of the Pakconnect WordPress website.

Below is a screenshot comparison of the video in the misleading post (L) and the image in the WordPress article: 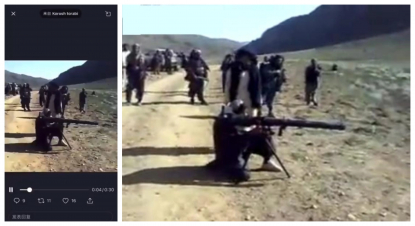 A screenshot comparison of the misleading video and the sceenshot on the WordPress website.

The website embedded a longer and more graphic version of the video from the video-sharing site Dailymotion.

The longer version of the video shows Taliban members inspecting the man's body after his execution.

AFP has not been able to independently verify the original source of the video or whether it shows the Taliban executing an Afghan Police Commander in 2011.

Long War Journal's article states the video was originally released on Liveleak, a UK website known for sharing violent content before it was shut down in May 2021.

The same video was fact-checked by Reuters here.