Images of military aircraft are being shared on Facebook in Nigeria alongside claims that they show recently acquired Tucano fighter jets firing at “bandits” in northern Nigeria. This is false; the images are old and show different warplanes to the ones recently acquired by Nigeria.

“Tucano @ work speaking the language,” reads a Facebook post by Joe Igbokwe, the special adviser to the Lagos state governor for drainage and water resources.

The post, shared more than 200 times, includes three images – two showing military aircraft letting off flares and a third of what appears to be a projectile in flight. 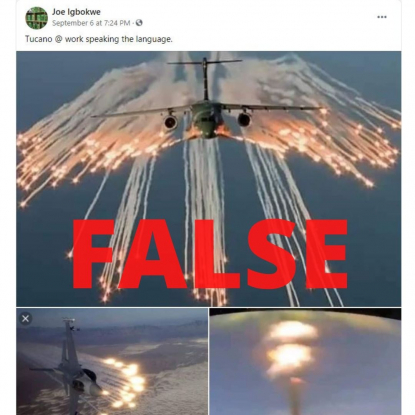 A screenshot taken on September 9, 2021, showing the false post

Nigerian bloggers have shared the same images, claiming they were taken during a recent operation by the military targeting bandits in the north of the country (see here, here and here).

After years of negotiations and payment, the Nigerian Air Force finally received six warplanes from the United States to fight insurgency and rising insecurity in the country. As AFP reported, the first batch of A-29 Super Tucano aircraft arrived in Kano on July 23, 2021.

According to the US embassy in Nigeria, the Tucanos were inducted into the Nigerian Air Force on August 31, 2021, more than a month after they arrived in the country.  “A total of 64 pilots and maintainers from the Nigerian Air Force trained to U.S. standards with the U.S. Air Force’s 81st Fighter Squadron at Moody Air Base in Georgia, USA,” the embassy said. 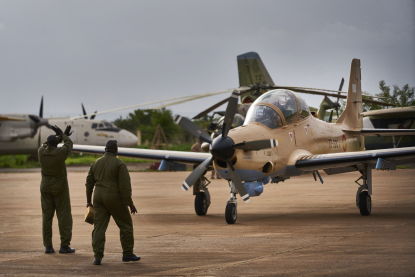 Following the induction, local media PRNigeria, which specialises in news about military activities in Nigeria, reported on an offensive by government forces in Zamfara and Kaduna states. Citing anonymous sources, the news outlet said scores were killed in the military attack on bandits in the region.

The Nigerian Army confirmed an offensive in northwestern Zamfara. The government, in fact, shut down telecommunications in the state for the operation.

While military operations are ongoing in some parts of northeast Nigeria, the images making the rounds on social media do not show the newly-acquired Tucanos, nor do they illustrate recent attacks by the air force.

The first picture in Igbokwe’s post is a screenshot from a November 2019 video uploaded by the Brazilian Air Force, showing a “chaff and flares test of C-390”. 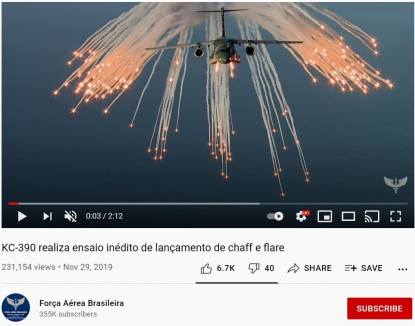 ( A screenshot from YouTube taken on September 10, 2021, showing the source of the image / Oluwamayowa TIJANI)

According to Embraer, the C-390 flies faster and carries more cargo than other military freighters of the same size. The very first Embraer C-390 was made for, and delivered to, Brazil in September 2019.

The C-390 was not attacking any enemy; it was simply running a chaff and flare test, which according to CNN is a tactic “designed to confuse a heat-seeking missile and divert it away from the original target”.

The second image from Igbokwe’s post was featured in a 2014 aviation photo contest here and shows an F-16 fighter jet from the 311th US fighter squadron from New Mexico state releasing flares during a training session. 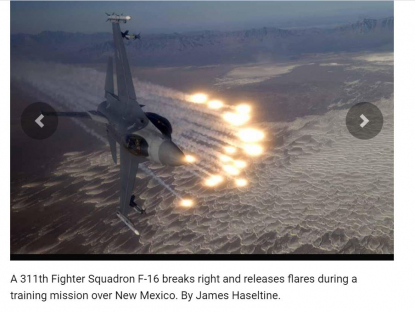 A screenshot showing the source of the image, which was featured in a photo contest

The last image in Igbokwe’s post is a screenshot from a September 2020 YouTube video published online by Russian Sputnik Radio. It shows a rocket being fired in the Southern Military District of Russia during a drill. 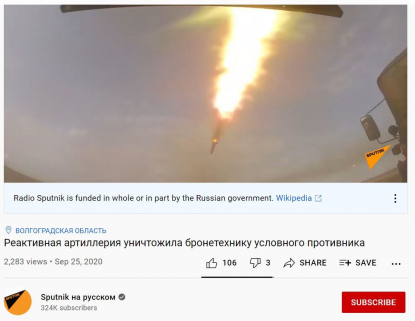 A screenshot from YouTube taken on September 10, 2021, showing the source of the image ( Oluwamayowa TIJANI)