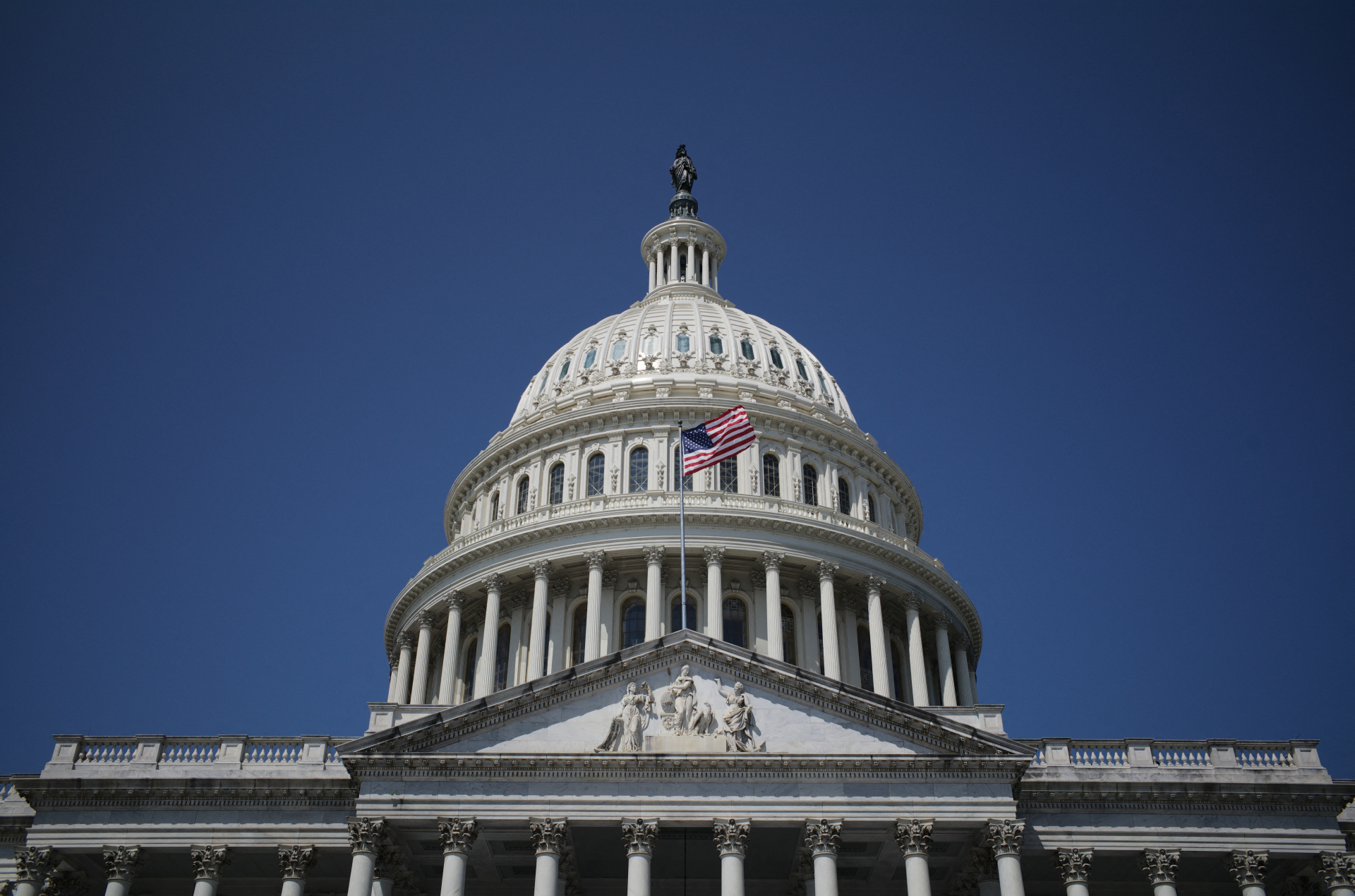 No, the US Senate has not declared the novel coronavirus is 'a scam'

A video of a press conference held by US senators has been viewed tens of thousands of times on Facebook and YouTube alongside a claim that the US Senate has announced that "corona is a scam". This is misleading. The US Senate has never made such a declaration, a spokesman for the Senate majority leader told AFP. While the Republican senators in the video are raising questions about the origin of the novel coronavirus, they are not doubting its existence.

The five-minute, 23-second video was posted on Facebook here on August 24, 2021, with an Indonesian-language caption that reads: "USA Senate announces that Corona is a scam!!" 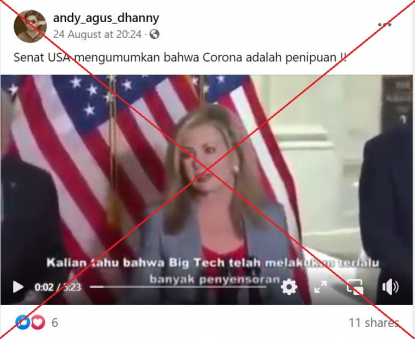 The video, alongside similar claims, has been watched more than 30,000 times after it was shared on Facebook here, here, here and here; as well as on YouTube here and here.

The same video has also been shared with a similar claim in other languages, including German, French, Malaysian, Serbian, Hungarian and Polish.

What the senators actually said

Only three -- Blackburn, Wicker and Johnson -- are seen in the trimmed video shared in the misleading post.

Blackburn posted the video of the whole press conference to her YouTube channel here on June 10, 2021.

The video, which is more than 15 minutes long, is titled: "Blackburn Leads Colleagues in Press Conference on Big Tech Censorship of COVID-19 Origins FULL."

Marshall called for "those involved in the cover-up of the Wuhan lab leak to be held accountable" and Wicker criticised the power of the big platforms, saying they could "decide what we hear and what we can't hear".

In a media statement posted on her website on June 10, 2021, Blackburn provides a summary of the topics she discussed in the press conference — saying: "Big tech has really stepped over the line on this one", and suggesting that Dr Anthony Fauci, the White House chief medical advisor, was "in cahoots with... big tech".

As reported by AFP in May 2021, Facebook has changed its policy, no longer banning posts suggesting Covid-19 emerged from a laboratory.

Several US media outlets like Forbes and Fox News also reported on the press conference.

A spokesman for Senate majority leader and Democratic Senator Chuck Schumer told AFP in an email on June 14, 2021: "Democratic Senators do not believe that COVID-19, which has taken the lives of nearly 600,000 Americans, is a lie. And it would be wrong to suggest that the Senate declared this."

The office of the Senate minority leader, Republican Senator Mitch McConnell, had not responded to AFP's query at the time of publishing.

Acknowledging the existence of Covid-19

While the senators accuse social media platforms of allegedly "covering up" the origin of the virus, none of them question the existence of Covid-19 in the clip, and statements they have made previously show they believe the virus is real.

In a YouTube video posted in March 2021, Blackburn said: "Make sure you wash your hands, you use sanitiser, you wear your mask, and take the time to do what I did: set that appointment and get that vaccination."

Wicker wrote on his website in March 2021 that "our vaccines are proving to be a remarkable success," and in April 2021, Marshall and Braun both called on people to get vaccinated.

Johnson, on the other hand, has been criticised for spreading anti-vaccine misinformation. However, his office confirmed in October 2020 that the senator himself had gotten sick with Covid-19.

Since the beginning of the pandemic, there has been debate about the origin of Sars-CoV-2, the virus which causes Covid-19, including a theory that it could have escaped from a laboratory in the Chinese city of Wuhan.

AFP has published about what is and is not known about the virus and its origin here in French.